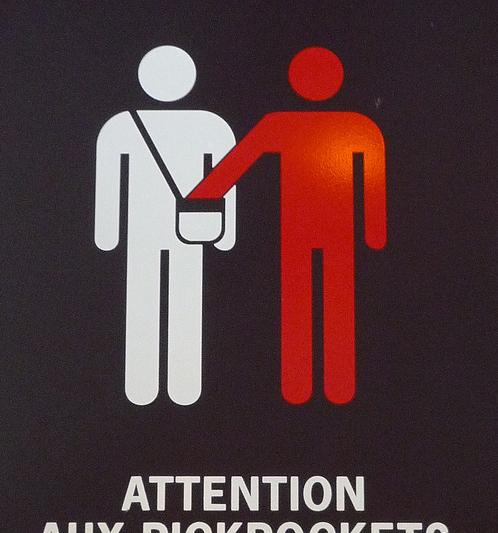 Spring is on the way, apparently. Here in London it’s hard to tell, but I’ve just got back from Barcelona (via Rome, Nice and Florence) and while the Mediterranean has been unseasonably wet, there are sure signs that spring is on the way: blossom on the trees, flowers in the hedgerows and, of course, pickpockets on the metro.

Yes, as surely as swallows flying back for the summer, pickpockets are out in force again. For these people with an eye on your wallet and a hand in your purse, business is booming. For the next few months, police stations in every major city will be receiving a steady stream of tearful travellers, who have just lost cash, passports and possibly well-loved mementos that are impossible to replace.

If you don’t want to join them (and I’m pretty sure you don’t) there are a few things you can do to prevent yourself from being the victim of theft next time you’re travelling. 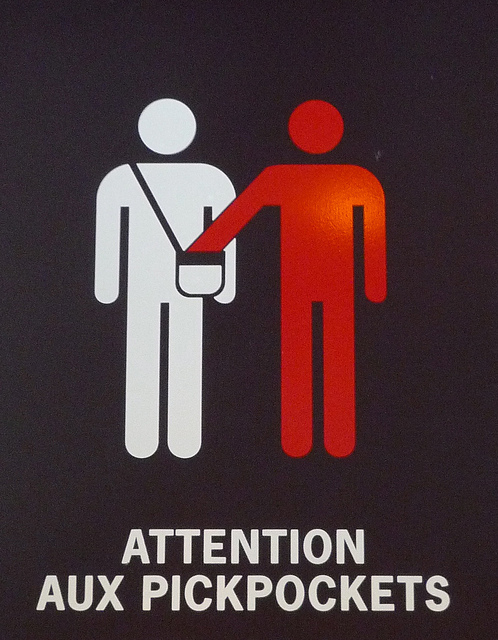 1. Don’t wear your valuables like they’re fruit waiting to be plucked

You’re just inviting trouble. If you have to carry your passport and money around with you (and there are times when it’s unavoidable), keep them around your neck or waist under your clothes. A neck purse or a belt purse is invaluable. They look terrible, feel itchy and/or sweaty and get in the way when you’re trying to do anything, but they work. Pickpockets find it hard to get their fingers down your neck!

2. Keep your hands on your bags at all times

“But I’ve got a handbag/ purse/ wallet and my hands are on it all the time!” you cry. Which is fine, except when you’re being jostled in the metro. Then suddenly you need your hands to keep your balance and, hey presto, your bag is somehow unzipped and your wallet is gone. This happened to a teacher on one of my trips just a few weeks ago. Luckily her purse was empty, but only because the ATM hadn’t accepted her card. Otherwise she would have lost a lot of cash.

3. While dining, rest your handbag on your lap

If you ignore the point above, don’t—whatever you do—put your bag down anywhere, even when you’re somewhere supposedly safe like a café, restaurant or hotel lobby. The only safe place to put your bag while you’re having lunch or coffee is on your lap, with the strap around your body. If you hang it over the back of your chair, you might as well add a Post-It note saying “Take Me.” Even on the floor between your legs isn’t safe—I know seasoned travellers who have lost handbags this way. And don’t assume that the breakfast room in your hotel is safe, particularly in larger hotels in major cities. While you’re up at the buffet loading your tray, the bag-snatchers are at your table, loading theirs.

4. Wear your neck purse under your clothes

If you have a neck purse, don’t wear it over your clothes. This is worse than keeping your valuables in your handbag. At least with a handbag the pickpockets don’t know what’s in there. It might be the Mona Lisa, but it might just be dirty socks. A neck purse on view screams “Steal Me!” As for keeping a wallet in the back pocket of your jeans? If you’re that desperate to get rid of your cash, I’ll give you my bank details and you can save yourself a lot of time.

5. Count out your own money when buying souvenirs

Don’t invite people into your wallet. It sounds obvious, but you still see it happen with astounding frequency. Those lovely ladies who want to give you a carnation? However much you offer them in return, it won’t be enough. But they’ll helpfully show you how much is enough if you just open your purse so they can point out the right coins. And suddenly your purse is a lot lighter than it was, and the women have disappeared. 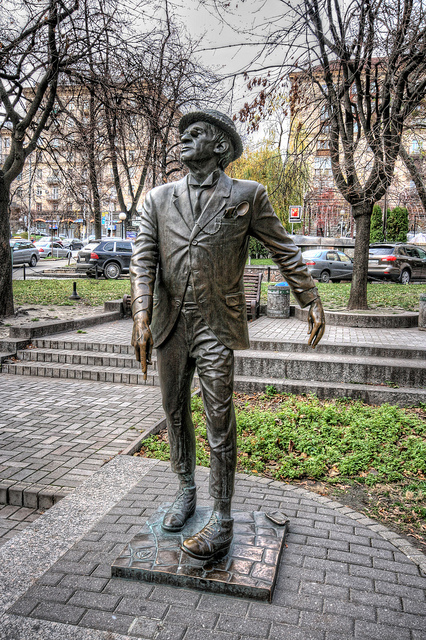 Prevention is better than cure, of course. So if you can spot the pickpockets before they spot you, you have a better chance of holding on to your valuables. The key is spotting people who are not acting how you would expect them to. It’s difficult in a new city, but here are a few clues:

1. What are you looking at?

Pickpockets hang around crowds, especially where people are distracted either by monuments like Nôtre Dame and the Sagrada Familia, or by street entertainers. Most people in the crowd will be looking at the same thing. Not the pickpockets—they’ll be looking at people’s bags. If you see someone shifty casting their gaze over people’s belongings, the chances are they are casing out their next victim. Now you know who they are, you can make sure it isn’t you. And don’t think being in a church will protect you—I recently spotted two pickpockets working the crowd in St Peter’s, Rome. While most people were open-mouthed with awe, these two were tight-lipped and on the prowl.

2. Nice outfit, but it doesn’t quite add up

In large crowds, pickpockets want to blend in, so they’ll dress up in what other tourists wear, including shades, fake designer bags (or possibly real ones, depending on what they’ve managed to grab recently) and a map of the city. Except it doesn’t look quite right, and they certainly won’t look at the map, they’ll just wave it around to show they are genuine tourists. Instead, they’ll be casing out their victims.

3. Sorry, this carriage is taken

When groups get onto the metro, it’s always a bit of a crush. So why would anyone want to add to the crush when there is an empty carriage at the next door? Yes, just the one reason. So keep an eye out on whoever is at the back of the group, trying to squeeze in with you. And once inside, keep them well away. Physically, if you have to. I once had to grab a guy whose hands were wandering towards someone’s bag and move him aside. (Luckily he was quite small!) But his reaction—and the appearance of his two accomplices—told me my instincts had been right. All three made it very clear they wanted to get on with their work in peace. But at least they had to wait for the next train to do so.

4. Do you really have to jostle?

If you’re a pickpocket you do. Sometimes it’s the only way to distract someone enough to get into their handbag. So when you notice you’re being jostled, go into lock-down and start yelling. That usually puts them off. And don’t be afraid to push them away, if you can do so without making it worse.

Most of the scenarios above take place when you’re on the move somewhere busy. If you’re sitting down somewhere, especially somewhere quiet, it’s natural to lower your guard and put your bag down beside you while you take a break/ admire the view/ have a sandwich. If someone comes up to ask you the time, or ask for a light, or ask for directions, your immediate reaction should be to grab your bag. Because if you don’t, their accomplice will. Very quietly, so you don’t notice until it’s too late. Of course, you should really be keeping your bag on your lap anyway, but just in case.

This might all sound very alarmist, but sadly pickpocketing and bag theft is rife. If you don’t believe me, go to a police station in the centre of Barcelona, Paris or London. You’ll find a queue of people waiting to fill out a police report so they can get a new passport or file an insurance claim. It’s not a great way to spend your precious time in Europe, and nothing is more likely to leave a bitter taste in your mouth. Better to take a few precautions.