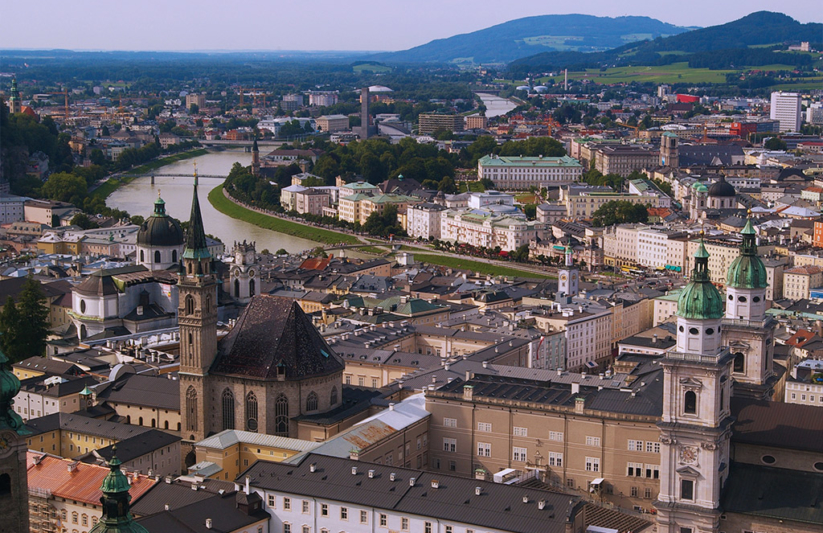 Salzburg is one of Austria’s most famous cities, located near the border with Germany and featured on many ACIS tours to Central Europe. Many might remember it as the birthplace of one Amadeus Mozart, but there is so much else to discover. Here are 5 things, both classic and quirky, you may not know about this beautiful city.

Explore ACIS itineraries with a stop in Salzburg

It is Home to the World’s Oldest Dwarf Garden

Salzburg is the perfect place to visit a dwarf garden – yes, you read that right! In 1715, the Prince Archbishop Franz Anton Harrach had 28 dwarf statues made. Many of their appearances were based on real people, and their garden existed in peace until the early 1800s. At that time, Bavarian King Ludwig I (yes, grandfather of the famous “Mad” King Ludwig) feared that the whimsical gnomes would bring bad luck to him and his family, so he banned their presence. 100 years later, they were gathered again into a garden. Well, most of them anywa: A few are still missing and no one is exactly sure where they’ve disappeared to. The Dwarf Garden is located just next to Mirabell Gardens, which leads to our next item…

The “Sound of Music” is Everywhere

While exploring Mirabell Gardens, you’ll be forgiven for thinking the location looks oddly familiar. The gardens were in fact the filming location for much of the “Do Re Mi” song from The Sound of Music. The movie as a whole was filmed in Salzburg, and while you’re in the city, it’s impossible to miss the large buses sporting Sound of Music graphics all over the sides. They’re part of The Sound of Music tours that most self-respecting Americans participate in during a visit to Salzburg.

If you’re a diehard fan, it may disappoint you to learn that the house interior shown in the film doesn’t really exist; it was a sound stage. However, you can still visit Mirabell Gardens, Hellbrun Palace (where the “Sixteen Going on Seventeen” gazebo currently resides), Nonnburg Abbey, and the church where the movie’s wedding was filmed, to name just a few locations.

Salzburg is Famous for its Marionettes

High a hill was a lonely goatherd!

You are probably familiar with the marionette scene from Sound of Music. But did you know that Salzburg itself is famous for these delicately crafted puppets? The Salzburg Marionette Theatre was founded in 1913 and is one of the world’s most renowned. You can still attend productions at the theatre, located near Mirabell Gardens. And while you’re exploring Salzburg’s Old Town, be sure to pop into the World of Puppets Museum in the Prince’s Cellars of Hohensalzburg Castle. The small, free museum is worth a few minutes of your time, and you’re sure to remember the dungeon-like atmosphere.

The City is a Classical Music Haven

Classical music great Mozart was born in Salzburg, and as to be expected, his birthplace is still open for visiting in the Old City. But its ties to classical music run even deeper. The Salzburg Festival, held each summer, is the city’s biggest cultural event and it draws a quarter of a million people to the city annually. Over 200 concerts of various types are scheduled during the Salzburg Festival, but plan early if you want to get tickets. The festival occurs from mid-July into late August each year.

Popular energy drink Red Bull was created in 1987 by Austrian entrepreneur Dietrich Mateschitz. Red Bull has become a huge international company, and perhaps due to the drink’s fame, Austrians consume more energy drinks than residents of any other country. Red Bull now lends its name and support to various sporting teams, and you’ll find it on a wide variety of merchandise here. You can see the modern, eccentric Red Bull Headquarters building along the highway in Fuschl am See, just outside of Salzburg.

One thought on “5 Things You May Not Know About Salzburg, Austria”