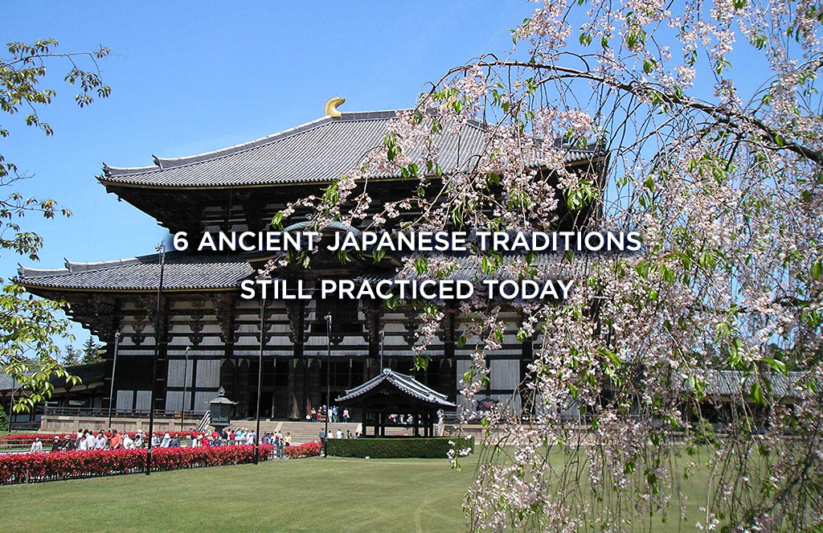 Today, Japan may be synonymous with robotics and high-speed trains, but it is still a country steeped in traditions: some visible and accessible, others less so. There are a few that you may not be familiar with. Here are ancient traditions you might see on your student tour to Japan.

Ancient Traditions You Might See on your Student Tour to Japan

Hanami is the tradition of appreciating the transient beauty of flowers, and especially of blossoming cherry trees. This practice dates back to the Nara period (8th century). Flower-viewing parties were held for the elite members of Japanese society. There are poems written about the brief bloom of these delicate flowers, metaphors for the beauty and transience of life.

Today, the hanami tradition consists in holding outdoor gatherings beneath blossoming trees. These can take the form of family picnics and work outings, or night-time parties with friends. In some parks, paper lanterns or even decorative electric lanterns are hung from the trees. As well, many local springtime festivals, known as “matsuri”, accompany the event. And with all these trees in bloom and traditional festivities, no wonder this is the most popular time to visit Japan! 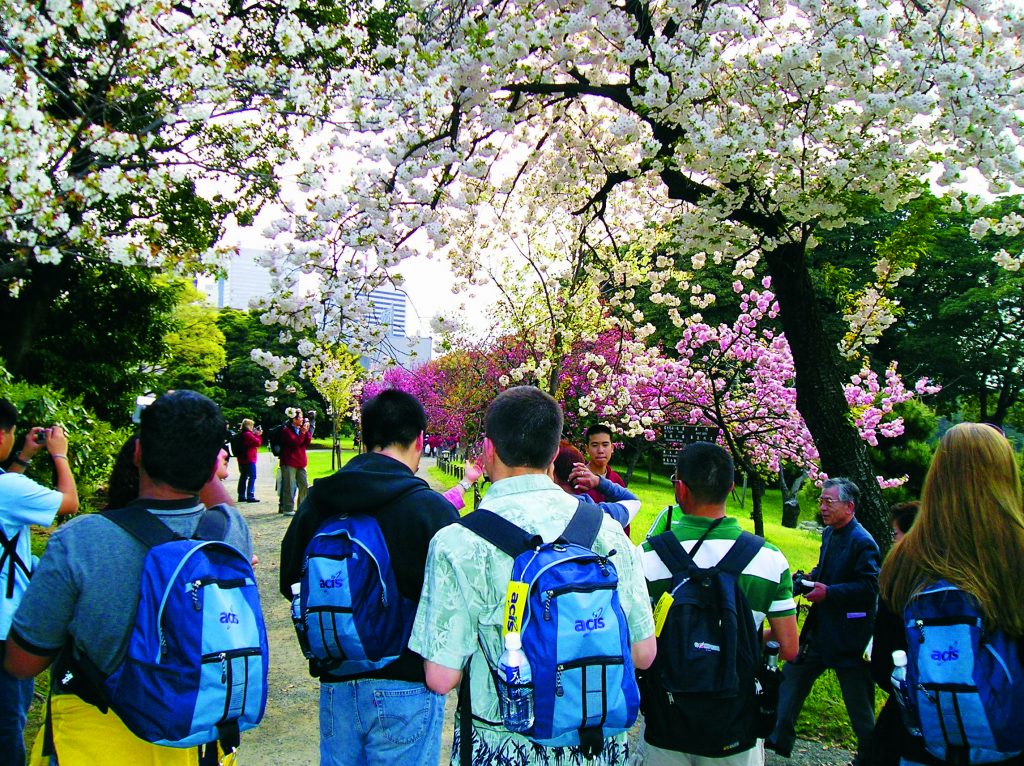 Katana are traditional swords once used by samurai in ancient and feudal Japan. This type of sword dates back to the Muromachi period (1337 to 1573). The katana has a distinctive appearance: a curved, single-edged blade with a circular or squared guard. It has a long grip, since it is held with two hands. Ideally, samurai could draw the sword and strike the enemy in a single motion. But the samurai also believed their swords embodied their soul. It takes many years of training to become a skilled katana-maker. The process involved is still long, hot, and repetitive.

Even the shape of the charcoal used to heat the fire in which the metal is forged needs to be just right. If the metal is then cooled too quickly, it will be too brittle. If cooled too slowly, and it will be too blunt. Samurai swordsmiths developed a technique to carefully cool the two edges at a different rate. Consequently, this is what gives this special sword its unique curvature. Today, their production and use are still highly regulated. While many consider them primarily as works of art, they are above all a dangerous weapon.

Shozo Kato – Way of the Sword from The Avant/Garde Diaries on Vimeo.

The geisha tradition dates back to the 18th century, and the term translates loosely as “Person of Art”. The first geisha were men. However, today, it is women who are guarding and transmitting the skills of traditional music and dance, calligraphy, poetry, and tea ceremonies to the next generation of apprentices. These apprentices are known as “maiko”. The way geisha present themselves, their demeanour, “oshiori” make-up and kimono dress is also an art in itself. Some must even sleep on a special wooden pillow to preserve their complex hairstyles.

Modern geisha still live in traditional geisha houses called “okiya”, especially during their 5-year apprenticeship. While geisha used to only be seen at “ochaya”, or tea houses, their entertainment services can nowadays be booked for parties and gatherings. Also, they are generally more publicly visible and less recluse, which is drawing new recruits into this traditional profession.

Washi is a special type of artisanal paper made in Japan and used for books, lanterns, other forms of decoration and ritual objects. This tough paper is made from the bark of a few specific trees found in Japan and is still processed by hand. The long, fragile fibers of the bark are soaked in cold running water for days, then boiled with lye and hibiscus roots to make a paste. From this paste the paper is extracted. It is then dried under the sun, an equally long and delicate procedure which has changed little in 1300 years.

UNESCO has recognized it as an intangible cultural heritage. Unfortunately, the materials and skills needed to make this traditional paper are lacking, and today, preserving the tradition is proving to be a struggle.

The Japanese bathe not in order to clean their skin, but rather to purify their soul, to heal. But also to get away from the hubbub of everyday life. Over the centuries, a codified tradition was established around the thermal sources known as “onsen”. Japan is the country with the greatest number of such thermal baths in the world. They are created after lava from volcanic eruption heats underwater sources.

The water that emerges from some of these sources is hot enough to cook an egg! When Buddhism arrived in Japan in the 6th century AD, a bathing culture came with it. Buddhist temples were opened near these thermal sources, which were seen as a gift from nature. From the 17th century onwards, bathing in thermal sources spread into popular culture. As a result, towns grew around these sources, and the Japanese still like to gather there to relax today.

Fireworks, or “hanabi”, have a very long tradition in Japan, and were originally used to ward off evil spirits. They are a huge part of summers in Japan, with hundreds of fireworks shows blasting off across the country above the glimmering eyes of thousands of spectators. But the Gion Matsuri fireworks festival in Toyohashi is a little special.

It perpetrates a 450-year old tradition of “tezutsu” fireworks: hand-made bamboo cannons stuffed with gunpowder which the artisan must hold in his hands as they explode (hopefully upwards) into the sky before raining back down on them. Some 4000 participants gather at the festival, each with their own explosive cannon to test out. While this was originally a rite of passage testing the bravery of young men, today it is a show of daring for every age!

Want to prepare for your student trip to Japan? Read more below:

Music Videos to Prepare for a School Trip to Japan