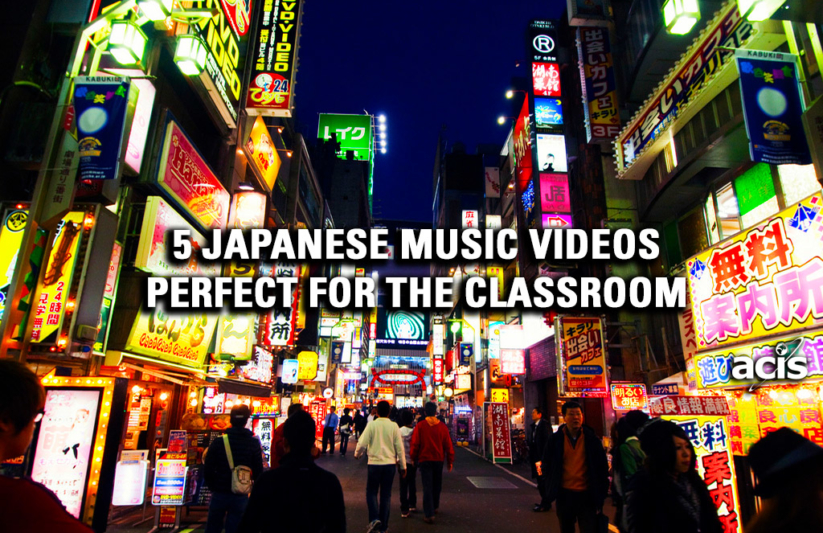 Music exerts an enchanting effect on the human brain- it helps enhance memory and learning, something many language teachers can use to their advantage. Not only can a catchy tune help students hold on to tricky vocabulary, it also makes for an entertaining lesson that opens a portal to a new culture! Japanese music stretches from ancient tunes all the way to multiplatinum pop songs from the 2000s. This rich tradition contains a deep well of songs perfect for helping beginners learn Japanese before going on a school trip to Japan. It gives everyone a perfect excuse to pick up the lyrics and sing along!

1. Theme from Tonari no Totoro (となりのトトロ)

Hayao Miyazaki’s animated films have captivated audiences around the world and become defining works of Japanese cinema, and their soundtracks have earned equal prestige. The beautiful theme song from his 1988 classic My Neighbor Totoro represents the start of a series of high-quality music from Miyazaki’s films.

Is it time to celebrate someone’s tanjōbi (誕生日) in your class? Wish them a happy birthday with this Japanese take on a universal song!

SMAP, the most popular boy band in Japanese history, broke millions of hearts when they disbanded in 2016 nearly 25 years after their debut. Their 2003 smash hit “Sekai ni Hitotsu Dake no Hana” introduces students to a landmark piece of Japanese pop culture while sending a great message about the beauty of being your own “flower!”

English language music, particularly in the form of rock and roll, has exerted a strong influence on rock in other countries, Japan is no exception. Shang Shang Typhoon’s 1991 cover of the Beatles’ “Let It Be” flips the original on its head with a blend of unique instruments, and exposes students to new Japanese vocabulary using a familiar tune.

“I Look Up As I Walk,” also known as “Sukiyaki” to English audiences, topped the US charts in 1963. Originally written as a protest song against the postwar American occupation, this pop classic can open the door to a discussion of Japanese history while helping students practice verbs.

BONUS: “Shake It Off” by NHK Blends

Just for fun, here’s a cover of Taylor Swift’s “Shake It Off” with traditional Japanese instruments, courtesy of NHK Blends! Hide the title and see if your students can guess the song!

Do you have a favorite Japanese song you like to share with your students? Let us know in the comments section below!

Want to prepare for your student trip to Japan? Read more below: