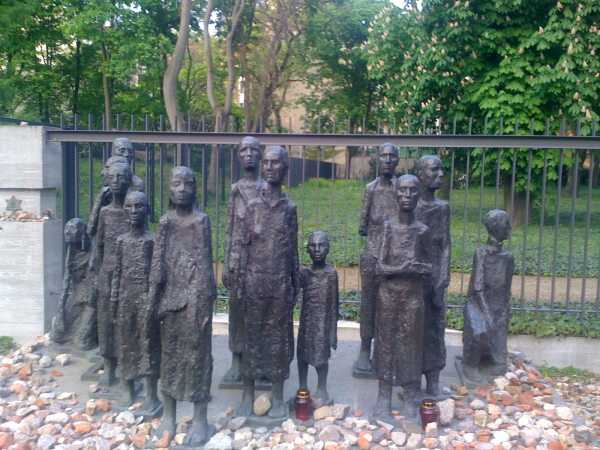 Very close to the main city hall of Berlin and less than 500 metres from Berlin’s Cathedral or the place they’re rebuilding Berlin’s Royal Palace there’s a short, unattractive street that’s very easy to miss. It’s called Rosenstrasse and it’s the site of a remarkable demonstration that took place in the middle of WW2.

During 1942 Jews had been rounded up in the German capital. Around 55,000 were eventually taken to the ghettos or death camps of the East, where most perished. One of the notorious round-up spots, a former old people’s home in Grosse Hamburger Strasse, isn’t far from Rosenstrasse. There’s a moving little memorial at the site.

Word got out on the grapevine where the 1,800 were being held. A small protest of desperate wives and mothers began gathering outside the building in Rosenstrasse on 27 February 1943. It was the depth of winter, and Berlin was being bombed day and night. The women reputedly began chanting “give us our husbands back.” The protest went on day and night and grew in size (estimates suggest well over a thousand women crowded the street). Inside, the imprisoned men could hear their noisy protest.

The Police did not know what to do. It was the middle of war, these women were German civilians, and this was developing into a huge, embarrassing protest, right in the centre of the capital. Word went right to the top: Goebbels later acknowledged he had been aware of them in a diary entry of 11 March. At a certain point the Police were either ordered, or spontaneously decided, to point their guns at the women and ordered them to go home. They were apparently met with now almost hysterical screams of “give us our husbands back, you murderers.”

The Police did not fire in response, nor were the women arrested. Instead something extraordinary happened. On 2 March 1943, 5 days after the protest began, the doors of the building opened and the first dazed Jewish German men began to leave. Over the following days all of the prisoners were released, and most eventually survived the War. There’s now a largely forgotten, mossed over stone memorial on the site where the events took place. 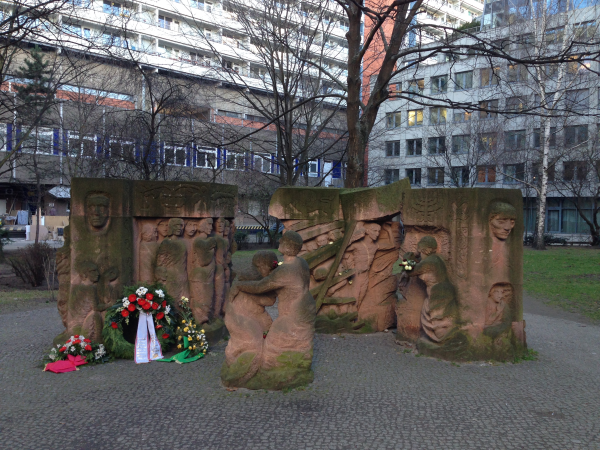 What does this episode tell us? It can be seen both a matter of pride and as a matter of shame for the German people of the time. This was the only significant popular protest against the Nazi regime during the War. Jews were deported from every town and city across the country without any resistance at all. Almost all of these 180,000 people, from infants to pensioners, were murdered in the East. No one spoke up for the other 6,000 Jewish men  rounded up during the Factory Action, for example, who went to their deaths. It’s fair to say that very people ordinary people knew the intimate details of what lay in store in the death camps, but most Germans knew there was virtually no likelihood of their Jewish friends or neighbours returning, and many frankly did not care. The words “you murderers” is very telling, if indeed it was screamed, as some witnesses say.

Yet the bravery of these women is unquestionable. They stood up against what a terror regime in no knowledge of what would happen to them. As it turned out, nothing did occur to their detriment. I say to my groups when I bring them here, try doing this in Moscow under Stalin: all would have been deported to Siberia. The Nazi regime was popular for most of its existence and was quite concerned about public opinion: this episode was very embarrassing indeed for it. As with Bishop Count von Galen’s very public call in August 1941 from Münster Cathedral to stop murdering disabled children, the regime reacted. Copies of the sermon were circulated all over Germany and there was huge outcry. The charismatic and highly popular Roman Catholic Bishop was not taken away and killed: the programme actually stopped shortly afterwards.

The culpability of Germans of the time is therefore all the greater, when we know about both Rosenstrasse and von Galen. If an ordinary individual stood up against the Nazi government, his or her chances of getting away with the action were slender. But where many individuals came together (as they almost entirely failed to do throughout the Third Reich) we see that things could indeed possibly change course. A prominent individual could also have an effect. Just as Rosenstrasse highlights the failure of ordinary Germans to speak out, so von Gallen’s series of brave sermons highlight the failure of senior members of the Church to stop the murder.

So we end on the famous words of Pastor Niemöller of the Protestant Confessing Church and we realise how true they can be. If you’re ever in Berlin, use your Google Maps and go and take a look at Rosenstrasse. It’s just off the main Karl-Liebknecht-Strasse thoroughfare, at the end of Unter den Linden. It deserves to be remembered and considered on multiple fronts. 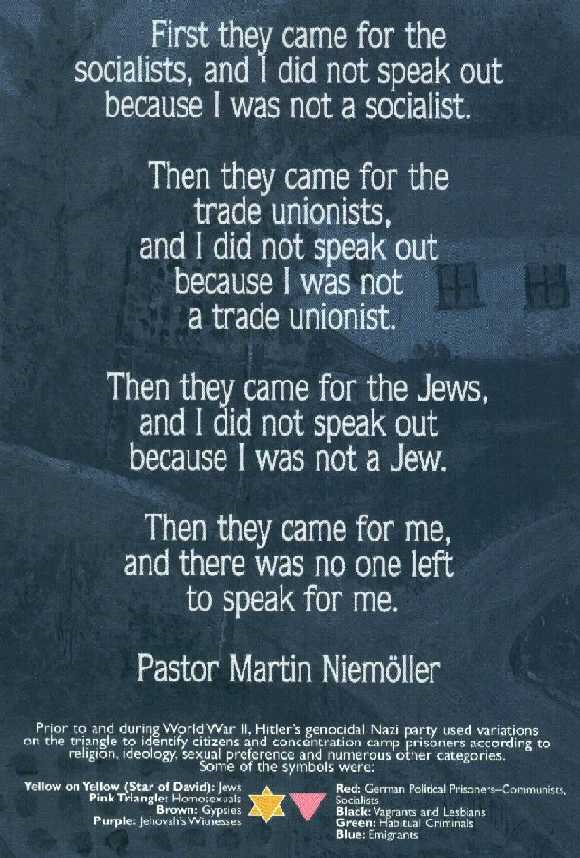