6th June this year marks the 70th anniversary of the D-Day Landings and the Battle of Normandy and with it, a momentous occasion to celebrate peace and reconciliation. It was on the wide sandy beaches of Normandy’s northern coastline that on 6th June 1944, over 150,000 men took part in one of history’s most ambitious military operations code-named, Operation Overlord. The Landings and subsequent Battle of Normandy took 100 days and saw a huge loss of life, both of soldiers and civilians. After Normandy, the Allies swiftly continued onto Paris and the liberation of Europe from Nazi occupation was finally underway.

Since 1944, veterans have returned to Normandy on 6th June to remember their fallen comrades. Given the advanced age of those men who still return, this year might be the last time that so many gather in Normandy to attend the official commemoration ceremonies. These veterans are the source of stories of immeasurable courage and heroism that took place during the summer of 1944 and are true ‘living history.’ This year may be the last opportunity that this oral-history may be recounted first-hand and passed onto younger generations, keeping the memory of the great sacrifice made for freedom alive.

Throughout the summer and throughout Normandy, there will be an exceptional programme of events including historical re-enactments, firework displays, military processions, a giant picnic on Omaha Beach, a commemorative football match, concerts, film screenings, exhibitions, themed tours, walks and much more. You can find out more information on the Normandy Tourist Board’s website.

Visiting the D-Day sites and museums

There are dozens of sites and museums in Normandy that recount the story of this fascinating moment in history and in preparation for this important year – new museums have opened, existing museums have installed new exhibition spaces and GPS tours and downloadable apps have been developed to enhance the visitor experience.  Here are my top five of the ones not to miss! 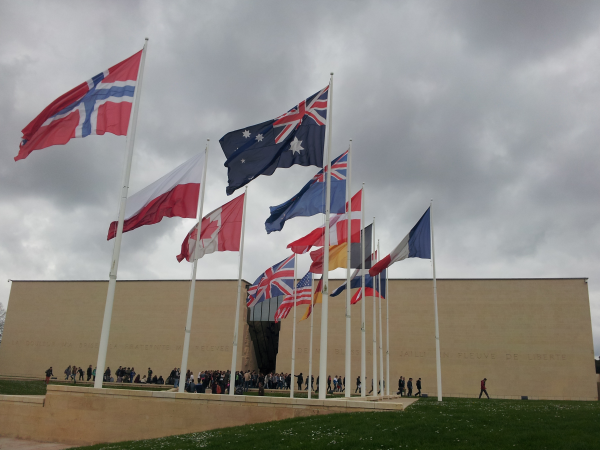 The Caen Memorial is a good place to start for a very comprehensive guide to World War II and the build-up to D-Day and the Battle of Normandy. The Memorial has recently inaugurated a new exhibition space that recreates General Richter’s headquarters in 1944 – a subterranean bunker. This new exhibition sheds light on the military aspects of the German occupation and the history of the Atlantic Wall. 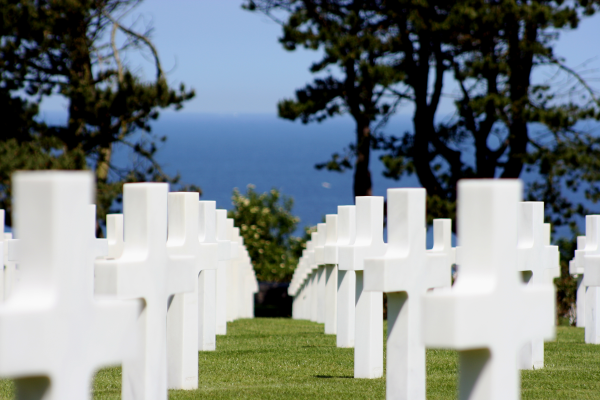 Essential to any tour of Normandy’s D-Day sites and museums is a visit to a war cemetery and to one of the five landing beaches. The American Cemetery at Colleville-sur-Mer is an incredibly moving experience. The 9387 pristine white crosses that line the manicured lawn stretch as far as the eye can see and bring home the scale of the sacrifice made. The cemetery overlooks Omaha beach where American troops landed on the morning of 6th June and which, given the heavy losses here was named, ‘Bloody Omaha.’

3. Arromanches and the 360° circular cinema 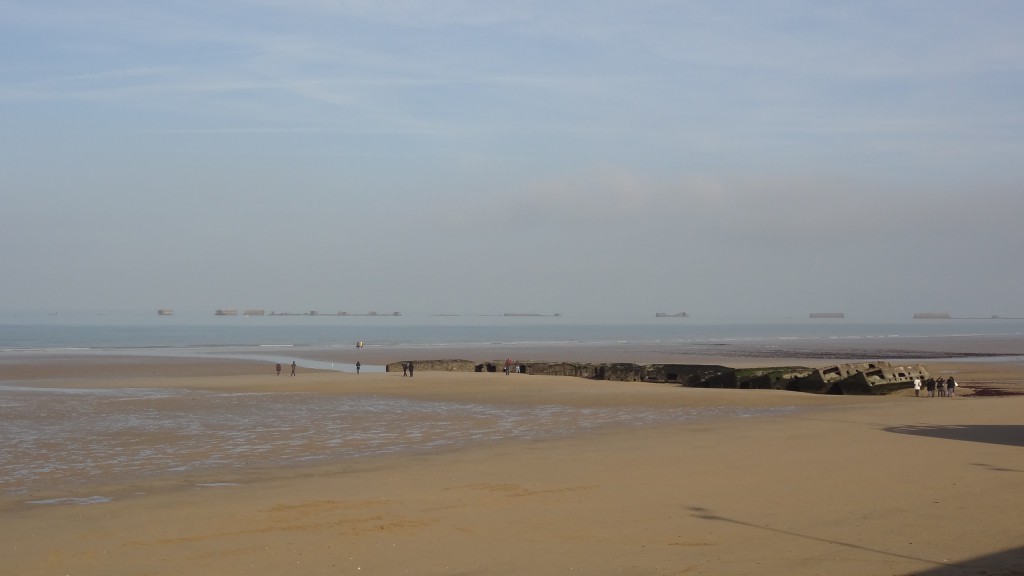 The 360° circular cinema at Arromanches is showing a fantastic new film, ‘Normandy’s 100 Days.’ Archive footage and images are projected onto nine screens, plunging the spectator into the heart of the action and making for an emotional retelling of D-Day and the Battle of Normandy.

From the cinema there is a wonderful view of the town of Arromanches that sits on the British landing beach code-named Gold. You can also still see the remains of the famous Mulberry Harbour – an artificial port that was floated across the English Channel to ensure swift unloading of men and supplies as troops advanced inland – considered by many a crucial element in the Allies’ victory of the invasion.

New for 2014 is a free smart-phone app, Arromanches 1944, that uses augmented reality to show how the Mulberry harbour would have operated during 1944. 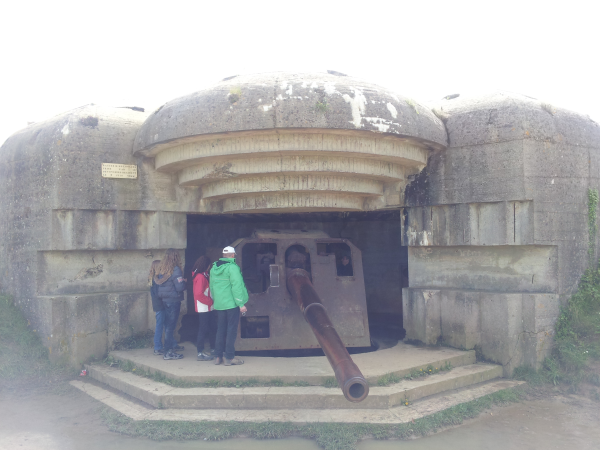 Strategically positioned atop a cliff and between the beaches code-named Gold and Omaha, the Longues-sur-Mer gun battery formed part of the formidable German coastal defenses known as the Atlantic Wall. Here, four concrete casemates each contained a 20 tonne naval gun that could fire a 100lb shell a distance of 13 miles at a rate of six rounds per minute. The battery was the target of the Allied air assault on the night of the 5th June yet it was still functioning on the morning of 6th June and fired down on the approaching flotilla. It finally fell silent that same evening and was captured on June 7th. Today this is the only battery to have retained its original guns and it offers spectacular views over the landing beaches. 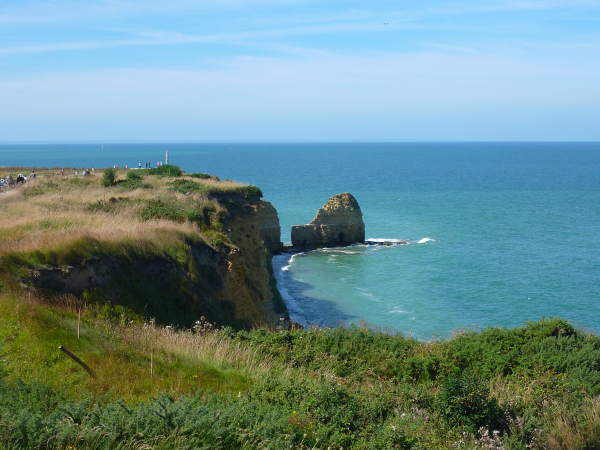 Atop a cliff that towers and juts into the Channel separating the beaches code-named Omaha and Utah, the Pointe du Hoc was an artillery battery that formed part of the Atlantic Wall. The site was thought to pose a very dangerous threat to the landing troops and so it had been heavily bombed for several days before the 6th June. Neutralizing the battery and taking control of the site was however, considered essential for the Allies’ success. The task fell to the American 2nd Ranger Battalion on the morning of the 6th June who scaled the cliffside only to discover that the guns had been removed by the Germans to save them from the bombardment. On arrival, the Battalion set up a command post at this strategic point and sought out the missing guns which were then destroyed. The battle-scarred area has been left intact and makes for an incredible visit. Today you can download a smart-phone app that tells the story of this site whilst touring your round the main points of interest and brings history to life.