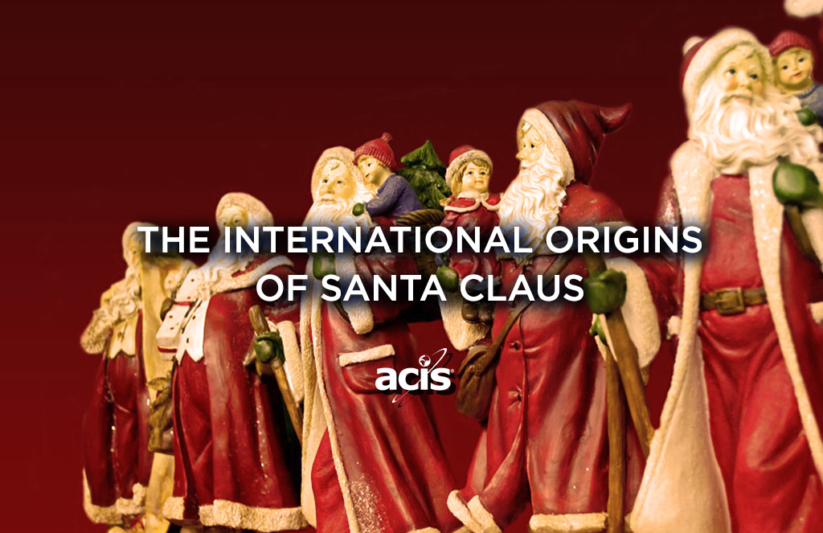 When you hear Santa Claus, your mind probably jumps to a jolly old man with a white trimmed suit and a beard to match. This is the Santa Claus of the current commercial imagination, particularly in the US, but there are versions of a benevolent gift giver in cultures around the world. The history of these figures is a fascinating entanglement of pagan, Christian and area-specific traditions that are fascinating to examine even if one doesn’t celebrate Christmas.

Here are 5 things you may not know about the international origins of Santa Claus!

1. The original Saint Nicholas lived in what is modern-day Turkey

Saint Nick gets his name from a Greek Orthodox bishop who lived in Myra, 4th century AD . He was known for his acts of generosity and his deep love of children. One oft-cited story is that in order to save a poor villager’s daughters from destitution, Nicholas dumped a sack filled with gold enough for three doweries down the man’s chimney (Sound familiar?). Nicholas was eventually canonized and became one of the most prominent, non-Biblical saints in the Catholic church, watching over children, sailors, brewers, pawnbrokers and students. 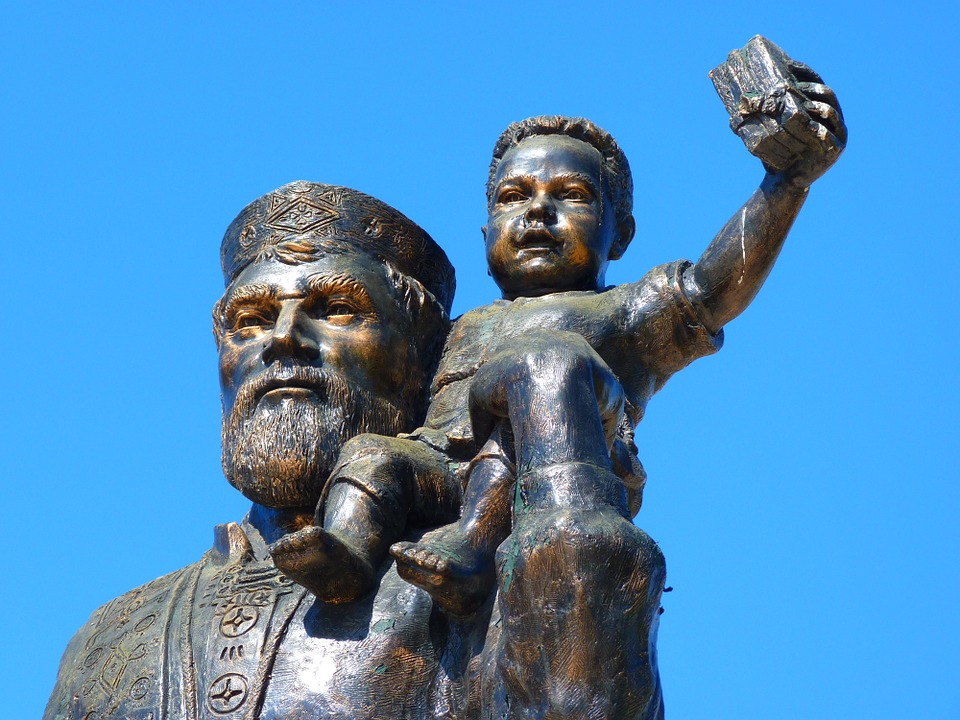 2. The Norse god Odin played a role in the development of Santa

For pagan Germanic peoples, Yule was the celebration of the god Odin riding through the sky on a great hunt and meant a time of feasting, drinking and festivity. With the spread of Christianity, the pagan traditions of Yule were altered to reflect the teachings of the church, but there are still some notable similarities between Santa Claus and Odin. Mythic man with a long beard? Check. Omniscient power? Check. Legend has it that Odin also had two ravens who would listen at the chimney’s edge to hear which children were bad and good, and rode an eight-legged horse called Sleipnir, who could travel across the sky in a single bound, just like a magical reindeer!

3. December 25 is not the only night for gift giving

The feast day of Saint Nicholas (December 6) is still celebrated around the world. It’s customary for children to leave their shoes out to be filled with small presents and candy. Dutch immigrants are recognized with bringing this custom to America. In Spain, children are visited by Los Tres Reyes Magos (The Three Kings) on January 6, or Epiphany, and children can write letters to their favorite of the three.

4. Not all of Saint Nick’s helpers are sweet

Forget cheery elves jingling with bells: Many traditional companions of Saint Nicholas are terrifying figures. Krampus, for example, is an Alpine legend. A companion and counterbalance for the good-hearted St. Nicholas, he is a goat-like demon  who will snatch misbehaved children away on December 5 (Krampusnacht), the night before St. Nicholas comes to deliver presents to good children.  The Yule Lads of Iceland play tricks on naughty children and leave rotten potatoes in their shoes instead of treats, and in France, Père Noel has a foil named Père Fouettard, who whips the badly behaved. And you thought coal in your stocking was the worst that could happen…

5. In Finland, the Santa tradition started with a goat

Pagan Yule in Finland revolved around Odin’s son Thor, who was associated with goats and the harvest. On Yule feast nights, villagers dressed as nuuttipukki, a combination of a malevolent spirit and a goat, came from door to door demanding leftovers. Over time, the nuuttipukki combined with the St. Nicholas tradition to form the friendly Joulupukki (Yule Goat). Now more a man than goat, he goes door to door, politely ringing the bell to ask if there are any good children within. Yule Goats continue as a popular form of decoration in Scandinavia as a whole, and some become larger than life town centerpieces!