GoPlay is proud to work with established coaches overseas such as Jan Pruijn, a Dutch soccer coach most recently the Technical Director at Ajax Cape Town. Jan give his insight into the success of Dutch system, and the success of his coaching programs both in the Netherlands and in the US. 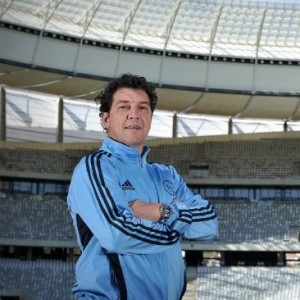 Why has the Dutch youth system garnered so much success over recent years?

I think the Dutch FA (KNVB) have to take a lot of credit for putting the correct guidelines and philosophy in place. They have kept the state of youth soccer very well organised and have made sure that coaches, right from the lowest to the elite level, must be licensed and each club must have at least two or three qualified youth coaches in every age category. I’m not saying every licensed coach is a good one, but the Dutch FA have put measures in place and the way there are trying to lead coaching and coaches development is very good.

From under 13 to under 19 the organisation throughout the country is excellent and because Holland is a small country it is easy for a team in the north to play in the south so the best teams can play against the best teams throughout the country. Professional teams are also allowed to scout in any amateur club and if they find someone it is then not a massive jump for the player to move into a professional team because they have had a good grounding and a decent football education at their amateur side, because the amateur club was already running their coaching with licensed, approved coaches. It’s not a big jump then from an amateur club at the age of 13 into a professional club.

One of the key factors in Holland is that youth players understand basic principles like positioning and running off the ball and that comes from the Dutch FA. I have traveled all over the world and I have recognized the weakness of technical instruction that in Holland we implement as second nature. At an age of 18, players are pretty well developed in what is needed to play to a good technical game at a decent level. The starting point for the Dutch FA is technical awareness. To play from the back, through the midfield to the two or three strikers – that has been the way since the early 1980s and it helped us build a certain type of player. Not too many countries have achieved that, maybe Spain, maybe France and Germany is coming through now. England is definitely behind in coaches education.

But this Dutch philosophy is very well received in the US in our Dutch camps.

At what age do you start to coach individual players and start paying attention to detail?

At 9 years old you can give players certain direction in an exercise, but you can organize your session so you can reach your objectives. The main parts of the game – attacking, defending – you can bring that together in drills for a 9 year old and he will recognize his strengths and weaknesses. We do that in simple exercises, not too complicated where the ball and the goal are the main tools.

Anything before the age of 9 and you are almost becoming a babysitter. The attention span of children younger than 9 is probably 45 minutes maximum so it is difficult. We leave children younger than 9 out of the Dutch Soccer Camps. I can only advise coaches working with younger players to make sure they don’t work with the players on the field too long because sitting around and talking will lose their interest. It is better to keep the focus on the ball so they stay focused and can improve.

What are the benefits of US players travelling to Holland for an overseas program?

The key thing they learn is how intense the game is in Europe. The level of competition is also a huge benefit for visiting players and teams – playing against good, tactical and technical opponents. The social and cultural aspect is also invaluable to youngsters as they mature.

Have you witnessed an improvement in the players coming over from the US?

There are some very good players in the United States. You just have to see the size of the country to know they will have talent coming through. But the problem the US has is its very size. It’s logistically almost impossible to get the best teams playing the best teams because the country is so big. Whatever age group you are talking about it’s important for the best players and teams to be playing each other. That is what Holland does so well. Even if the organisation was present in the US, the travelling that you would have to do, and the cost of that travelling would be huge. The other main problem the US has is the different types of coaching that the youngsters are engaged in. In Holland the coaching is uniform, it’s the same throughout the country – all led by the Dutch FA (KNVB). In the US the coaching is different from club to club and also you have High School soccer too. There are good coaches and bad coaches in the US, as there are everywhere but being exposed to different styles of play or coaching as a youngster is difficult. 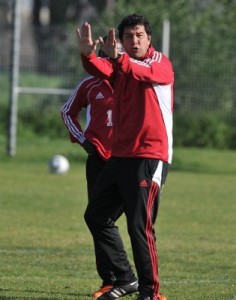 Tell us about your Dutch camp in the US

Myself and a friend of mine Terry Michler – a well-respected High School coach in St Louis – have been running the camp for eight years in the mid-west in Missouri.

The CBC Dutch Soccer Camps were very well received from the onset. And for the first three years, when I was still in Holland, I was able to convince parents of boys aged 13 to 15 to go to the US in the summer and to experience a summer camp and to have a social and cultural experience staying with a US family.  The whole camp improved and I brought in more Dutch coaches and at the moment it is the number one camp in St Louis and as a result of that I am now trying to start a Dutch Soccer School which has the same philosophy, which will go in other locations, but will be in connection with clubs. So clubs will bring in my expertise and I bring in Dutch coaches and we run a camp for a week.

So the CBC Dutch Soccer Camps are not just for the elite?

No, definitely not, we want every level of ability to come. We are open to any level. We are trying to improve the overall level of the camp and maybe in two or three years we may have an elite camp for players recommended by coaches and a more recreational camp.

We would not like to go down the route of saying you’re not that good, you’re not welcome. We want to reach more players with our vision and hopefully the word will get out.

This year we’re going into High Schools because we like to start a little bit younger with nine to 11 year-olds.  Nine is probably the youngest age you can start to put the detail into the coaching. They can answer a question then and we can get them used to the Dutch way for two or three years and those years are very important because they can make a huge difference on how the player will develop.

What is your soccer philosophy?

We have one main goal –  we always pay attention to detail. We also pay attention to the individuals. We like to develop players in the camps, and we try to create an environment where you can recognize development. We have one coach for 12 players and he will work with those players for five days in a camp. The Dutch way is always about the ball, but it is school-related – about learning what you did right and what you did wrong. The coach is like the teacher and at the end of the week we like the students to be able to look back and clearly see what they have picked up, how they improved and where they still have work to do. Our camps specialize in attention to detail for all the players.

We have players of all abilities, some players who are coming to their first camp, but we like to cater for all levels. These players are divided in the camps and the levels are matched up so the better players play against the better players and the weaker ones face each other. That is important because otherwise it doesn’t work out.

We make sure our coaches have passion though. Without passion it is impossible for a coach to get his message across. We also make sure that our coaches do not get obsessed with winning matches. Often more can be learnt from losing a game as opposed to winning. It’s more important to play a level of opponent that, at least, matches your own level and that way you can learn.

If you would like to experience the Dutch system with structured training programs, match tickets and games against local opposition, please contact GoPlay Sports.