Earlier this month, I was lucky enough to travel along with one of our ACIS groups on their 10 day tour of China. I joined a high school group from Long Island as they traveled to Beijing, Xi’an and Shanghai on a customized version of our Dynastic China itinerary. As well as getting to experience China for the first time myself, it also gave me a unique opportunity to understand directly from the group leader and her students, whether China is a good destination to choose for an educational tour (spoiler: yes, yes, a thousand times yes), and why.

This itinerary is jam packed with great activities and cultural experiences, so when I first had a proper opportunity to chat with group leader Wendy, we had already taken part in a Taiji class, visited the Temple of Heaven, walked through Tiananmen Square and were taking a break from our tour of the Forbidden City – and it was only day one in Beijing! I asked Wendy why she had chosen China as a destination for her students. 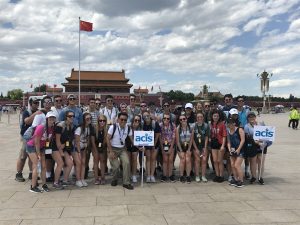 “When I offered the trip to China the first question that everyone asked me was ‘Why China?’ and my answer is ‘Why not China!'” she laughs. “It’s the longest continuous civilization on the planet and because of that it has an incredible history, it has political intrigue, incredible culture, food, technological innovation. So to me, as a social studies teacher…why not China!”

Wendy’s enthusiasm is certainly infectious, but I did wonder if students or parents had reservations about traveling to a country which is perhaps a less obvious choice for a high school trip. “The students were very excited, but some of the parents were anxious about China. Because the China that they—and I—grew up with was very different to the one the students know. So there’s a lot of misconceptions about China as a country. But the China that the students are experiencing is one that is very modern, friendly and accessible.”

I certainly found that to be my experience too. I must admit to having some preconceived ideas that taking a student group to China would be difficult logistically, but this was far from the reality. While Beijing, Xi’an and Shanghai are large, densely populated cities, our tour manager was so familiar with the places we visited he was able to steer us effortlessly around. 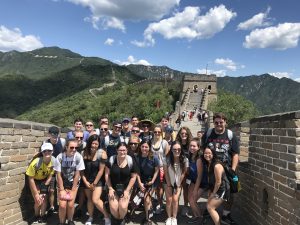 For me, one of the biggest “WOW!” moments of the whole trip was visiting the Great Wall of China. I had been so excited to visit this iconic site that in the back of my mind I did wonder if it would live up to the hype. But it was by far one of the most magical moments on the trip. The students were awed by the experience. One student told me he had been dreaming of seeing the Great Wall since he was eight years old. “To now actually be here is big! It’s breathtaking. I’ve dreamed of what the Great Wall would be like but when you’re actually standing on it…it’s a lot bigger than you could ever imagine. This in itself is worth the entire trip!”

The itinerary that Wendy had chosen certainly had more than its share of ‘wow’ moments—The Forbidden City, the Great Wall, the Terracotta Army, the glittering skyscrapers of Shanghai—and yet some of the most meaningful highlights came from the smaller, more subtle moments of interaction between the students and the people they met. In Beijing for example, we were invited into the home of a local who lived in one of the Hutong areas—neighborhoods made up of historic alleyways and traditional courtyards. One student echoed what I was feeling: “I had always been interested in the wonders of the world, so the Great Wall really drew me here. But seeing how locals live, and learning about the differences in how people live—that’s been my favorite thing about the trip.”

I took some time to chat with our tour manager, to ask what he sees students getting out of their time in China. “China has a very long history and rich culture. For a lot of US students China can seem a pretty mysterious country, but China has changed a lot in recent years. There are differences of course, but there are a lot of similarities too. Students are often surprised by how modern and developed China is. And how welcoming and open a country it is. It is great to see how students’ attitudes change by the end of the trip.”

Over the course of the 10 days I asked a number of students why they had wanted to come to China. I got a variety of answers, such as wanting to see a specific landmark, to experience the culture or to go somewhere completely different from anywhere they’d been before. But for one of the students I met, the reason was particularly moving.

“I was adopted from China when I was 11 months old, so I have no memory of here.” she told me. “As soon as I saw the itinerary for this trip, I knew I needed to come here. Something in my gut was telling me I needed to see China for myself. And even though I don’t know my birth parents, and they don’t know where or who I am…I feel at home here.”

While not everyone will have such an intensely personal reason to visit China, witnessing first hand the reactions of this group of students has convinced me that more students should get to experience this fascinating country for themselves. 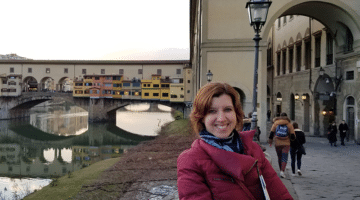 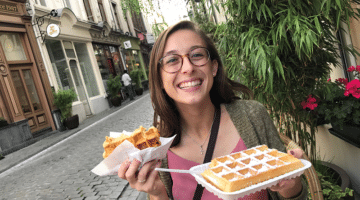