It’s that time of year where costumes, candy, and pumpkins abound! Halloween has become a traditional holiday in the United States to which kids and adults look forward alike. Did you know, however, that Halloween has its roots across the Atlantic in Ireland and is celebrated around the world?

Halloween can trace its roots back to the ancient Celtic festival of Samhain (pronounced “sah-win”) which took place on November 1st each year at the end of the harvest season. The Pagan Gaels believed the dead returned as ghosts to cause havoc such as sickness or damaged crops. To appease them and fend them off they would leave food and wine outside their doors as well as wear masks to disguise themselves as ghosts and blend in with the roving spirits.

In the 8th century, the Catholic church co-opted Samhain and turned it into All Hallows Day (All Saints Day). October 31st became known as All Hallows Eve or what we know today to be Halloween. Traditions similar to Trick or Treating began in those days such as Souling or Guising. Souling got its name from beggars who would beg for pastries called soul cakes in exchange for praying for their benefactors’ deceased loved ones’ souls. Guising involved people dressing in costume, telling jokes, dancing and singing in exchange for food, wine, and money.

Halloween came across the pond to the United States in the 19th century when Scottish and Irish immigrants revived the traditional holiday. They would light bonfires, dress in costumes, and young kids would cause trouble in their neighborhoods. It wasn’t until the 1950’s that kid-friendly activities like bobbing for apples and going from house to house in costume asking for candy became prevalent turning Halloween into a billion dollar industry.

Cultures all over the world celebrate the autumnal holiday in a variety of ways. Here are some interesting ones:

In Mexico, Dia de los Muertos or Day of the Dead is a multi-day festival to celebrate the souls of lost loved ones. Feasts, skull-shaped cookies and pastries, copious amounts of tequila, dancing, and music, as well as parades of people dressed as skeletons, all honor the memory of their ancestors. The celebration is embraced across Mexico, with huge festivities even in the smallest of villages. Many families construct an altar to the dead in their homes to honor deceased relatives and decorate it with candy, flowers, photographs, samples of the deceased’s favorite foods and drinks, and fresh water. Often, a wash basin and towel are left out so that the spirit can wash before indulging in the feast. 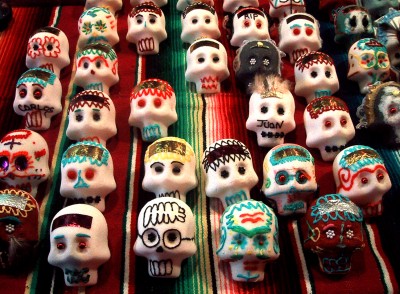 Halloween is celebrated in Ireland similarly to how it is in the United States with costumes, candy and bonfires. The Irish include traditional food such as barmbrack, an Irish fruitcake that contains coins, buttons, rings and other fortunetelling objects. Fortunetelling is part of the old Irish Halloween tradition. If a young woman gets a ring that has been baked in a pastry or bread or even mashed potatoes, then she’ll be married by next Halloween. 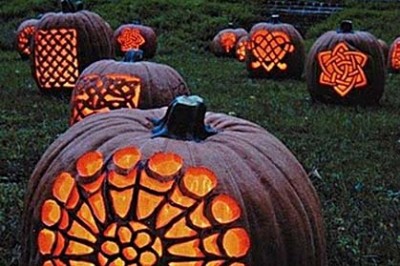 In Germany, Halloween has seen a rise in popularity mostly due to American ex-patriots popularizing the holiday. Traditionally it’s celebrated as All Saints Day and observed by going to church, visiting the grave sites of deceased relatives and paying tribute to their memory. On Halloween night, people put away their knives on Halloween night so as to avoid harm befalling the returning spirits. 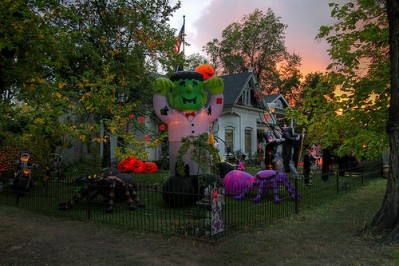 How do you celebrate Halloween’s international origins with your students? Let us know in the comments section below!

Chocolates of the World