Kick off the week with the history of this holiday!

Read here about the history of Day of the Dead and share this video. 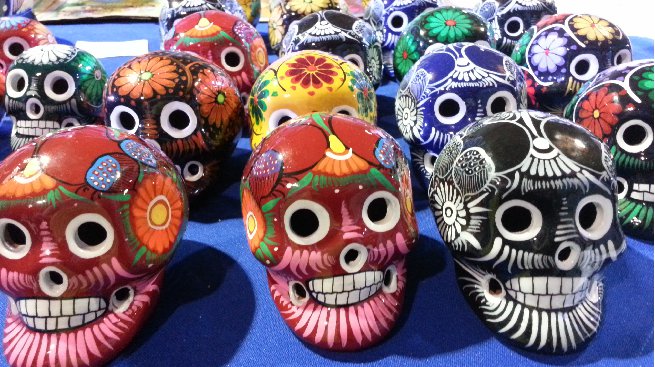 Dive into making sugar skulls! Discuss with students the history of the sugar skull and allow them to begin to make their own!

Follow the instructions here that include classroom friendly timing and ingredients.

These questions are taken from Smithsonian Insider.

Mexico and Central America. Día de Los Muertos originated in ancient Mesoamerica (Mexico and northern Central America) where indigenous groups, including Aztec, Maya, and Toltec, had specific times when they commemorated their loved ones who had passed away. Certain months were dedicated to remembering the departed, based on whether the deceased was an adult or a child.

After the arrival of the Spanish, this ritual of commemorating the dead was intertwined with two Spanish holidays: All Saints Day (Nov. 1) and All Soul’s Day (Nov. 2). Día de Los Muertos is often celebrated on Nov. 1 as a day to remember children who have passed away, and on Nov. 2 to honor adults.

Today, Día de Los Muertos is celebrated mostly in Mexico and some parts of Central and South America. Recently it has become increasingly popular among Latino communities abroad, including in the United States.

What is Dia de Los Muertos a celebration of?

Life. Ancient Mesoamericans believed that death was part of the journey of life. Rather than death ending life, they believed that new life came from death. This cycle is often associated with the cyclical nature of agriculture, whereby crops grow from the ground where the last crop lies buried.

Día de Los Muertos is an opportunity to remember and celebrate the lives of departed loved ones. Like any other celebration, Día de Los Muertos is filled with music and dancing. Some popular dances include La Danza de los Viejitos—the dance of the little old men—in which boys and young men dress as old men, walk around crouched over then suddenly jump up in an energetic dance. Another dance is La Danza de Los Tecuanes–the dance of the jaguars–that depicts farm workers hunting a jaguar. 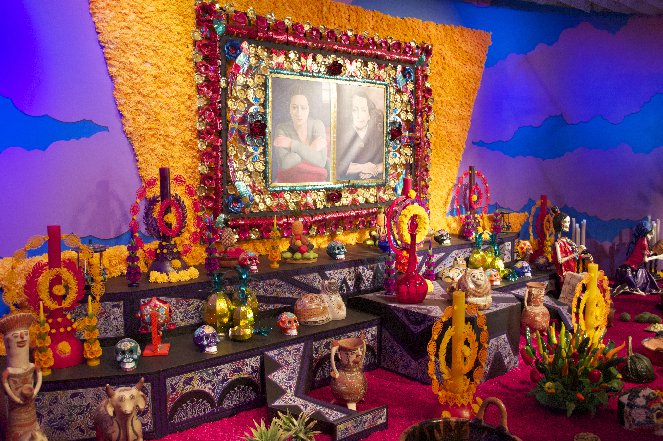 What are the four elements included in the ofrenda?

Every ofrenda also includes the four elements: water, wind, earth, and fire. Water is left in a pitcher so the spirits can quench their thirst. Papel Picado, or traditional paper banners, represent the wind. Earth is represented by food, especially bread. Candles are often left in the form of a cross to represent the cardinal directions so the spirits can find their way.

Is Day of the Dead the same as Halloween?

No. Halloween is October 31st and Day of the Dead is celebrated on November 2nd. 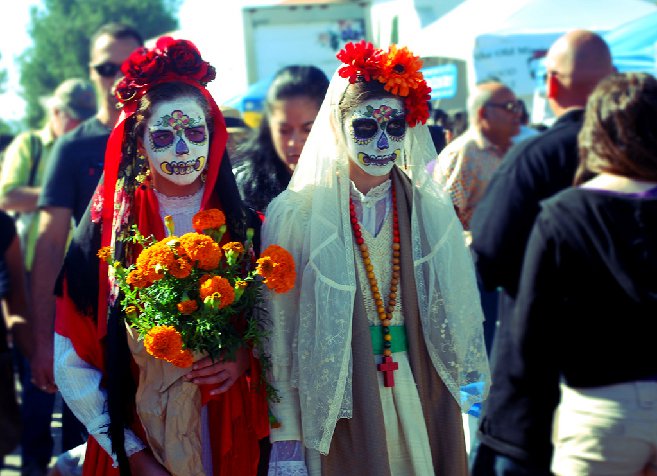 Encourage your students to attend a local event and receive extra credit!

Here is a list of local events organized by state.

If your state isn’t on this list or local, encourage students to check out the Smithsonian Latino Virtual Museum.