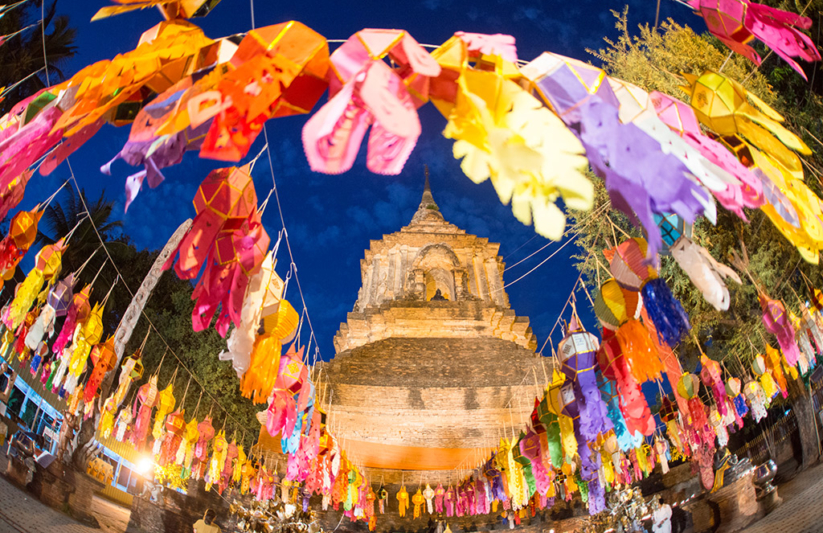 The fall season is in full swing, and for many Americans that means enjoying the foliage, visiting a pumpkin patch, and choosing the perfect Halloween costume. But what about around the world? Read up on these countries’ autumn traditions, how you can celebrate them in the classroom, and where you can encounter them on your ACIS travels abroad!

This world famous beer and folk festival held annually in Munich originated from a royal wedding in 1810. Prince Ludwig’s marriage to Princess Therese in Theresa’s Fields, or Theresienwise (since shortened to ‘Wiesn’) was celebrated as a city-wide event with horse races as the highlight. Over the years, the attractions have changed, but the Oktoberfest tradition continues as strong and spirited as ever.

For German teachers: October is the perfect time to break from your normal classroom routine and celebrate a teenager-friendly Oktoberfest! Set up chairs around a long table, enjoy pretzels and your choice of non-alcoholic beverages, and practice your conversational German in a social setting. Prost!

Although its dates coincide with Halloween, and the two holidays share skeleton symbolism, the Mexican holiday of Dia de los Muertos is much more meaningful. Over the course of three days, families gather to pray for their dead and support them on their spiritual journey. As part of the tradition, people set up colorful altars in honor of their deceased loved ones, share sweets such as pan de muerto and calaveras, and process to the cemetery.

For Spanish teachers: Check out our full list of suggested classroom activities here

From Spain to Peru, homestays to service learning, there are so many ACIS itinerary options for your Spanish class to choose from

As Catholics continued to be persecuted under the Protestant rule of King James I, Guy Fawkes and other Catholic conspirators planned the ‘Gunpowder Plot’ to blow up the Houses of Parliament. Of course, the plan was foiled and Fawkes and friends were put to death for treason, but Londoners adopted the idea, lighting celebratory bonfires in thanksgiving that their King survived. Today, Guy Fawkes Day is celebrated among family and friends through the lighting of bonfires, the setting off of fireworks, and in some cases, in burning effigies of Guy Fawkes himself.

For History teachers: It’s likely that the English Reformation is already a part of your curriculum – why not spice it up a little by dedicating a day to the Gunpowder Plot? Examine primary documents surrounding the event and discuss the failed plot’s causes and effects.

For English teachers: Read the poem “Remember, Remember the Fifth of November” together in class, and have students rewrite a modern-day version in a style of their choice!

Thailand’s Festival of Lights is celebrated yearly to release sins of the past year and make wishes for the coming year. Loy Krathong, which roughly translates to “floating basket,” is celebrated through releasing of the lit parcels over water. It is believed that this tradition began as a form of worship to the river, a vital resource for the agriculture-dependent country of Thailand, and today, it continues to flourish all around the nation.

Travel Club Idea: Host an after-school event where students can design their own lanterns. As the sun goes down, go outside and watch them soar!

Want to visit Thailand for yourself? See our Treasures of Thailand itinerary