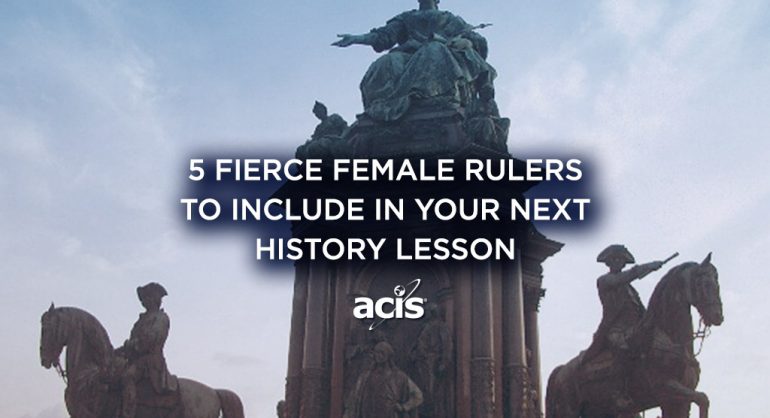 Hail to the chief and long live the king, but credit to the queen has often been left out of the pages of history. Here are five female rulers who were forces to be reckoned with that should definitely be included in your next lesson plan!

A female pharaoh? Sure! Back around 1473 B.C., Hatshepsut took on this role after her ruler husband died. Scholars today speculate that Hatshepsut powered her way into ruling as a means of preserving this role for her stepson instead of for rivals from other branches of the family.

Aware of the controversy surrounding her rise to power, Hatshepsut set to work beefing up her PR. She ordered that all statues and paintings depict her as a male. She was a patron of the arts and undertook ambitious building projects, with the most famous being the enormous Deir el-Bahri temple, one of ancient Egypt’s architectural wonders. Hatshepsut died in her 40s and was buried in the Valley of Kings.

Rulers don’t come much fiercer than Celtic warrior queen Boudica. Gazing on her tall height and her red hair which reached her hips, one source reports that “her appearance was terrifying.”  Around 60 B.C., Boudica organized several British tribes to rebel against Roman occupiers. As she and her daughters led the men into battle, she urged them to “win the battle or perish; that is what I, a woman, will do. You men can live on in slavery if that’s what you want.”

Boudica’s troops burned Londonium (current-day London) to the ground, killing 70,000-80,000 but almost forcing Nero to pull his forces out of Britain. However, Nero decided to fight on, and  his troops defeated Boudica’s army at a subsequent battle. Sources differ on whether she took poison to avoid capture or died from an illness, but all agree that Boudica was a woman of leadership and courage.

Seondeok was the 27th ruler of Silla — one of Korea’s three kingdoms — and its first female ruler, ruling from 632 to 647. She came to power due to the lack of male offspring in her family, but she became known for her wise decisions and just rulings.

She was interested in cultural advancement, and through her work Korea’s three kingdoms were eventually reunited. During her reign, she oversaw construction what is now the world’s oldest surviving observatory, called Cheomseongdae. Eerily, Seondeok correctly predicted the date of her death. In South Korea, a 2009 TV series based on Seondeok’s reign became one of the most popular programs on television. 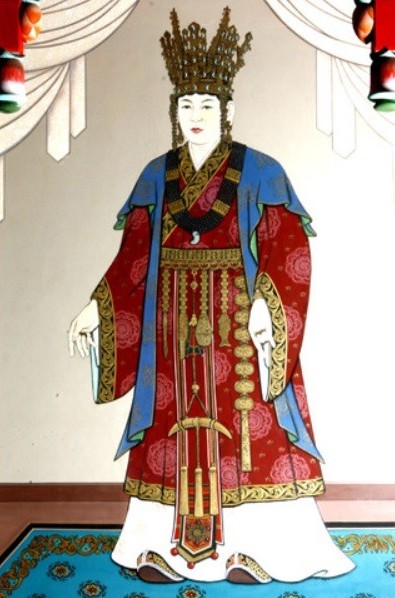 Nothing says powerful like Catherine the Great. In 1744, she was brought to Russia from her native Germany at age 15 to marry Grand Duke Peter. Once he became Emperor, Peter proved unpopular. Catherine used her savvy to have him deposed, install herself as ruler, and name her son as heir. She is suspected of being the force behind Peter’s subsequent death.

During her reign, Catherine was inspired by the Enlightenment to make reforms in education and the law. But she was a ruthless ruler, suppressing Polish nationalists in her country and strengthening the power of nobility. 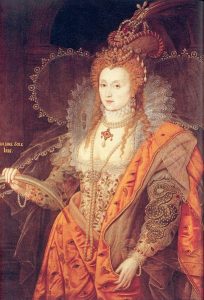 Not to be confused with Elizabeth II, the current Queen of England who is also a notable monarch in her own right, England’s first Queen Elizabeth was born in 1533. Her father was the infamous Henry VIII, and she ruled instead of the son he so hoped for.

Elizabeth I was well-educated and encouraged education in her court. Throughout her 45-year reign, “the virgin queen” was often under pressure to marry in order to strengthen and form alliances with various countries, and yet she resisted all offers and remained single.

Her reign was dubbed “the Elizabethan age” due to the intellectual climate she fostered.  Under her lead, Britain defeated the invading Spanish Armada, and England became a strong power in Europe. Elizabeth was beloved by her people and she worked tirelessly to use her gender to her advantage – not an easy feat in the 16th century.

Download our free lesson plan on Queen Isabella of Spain!

Open
Originally built as a small fortress in 889, the g