Looking for discounts, World Traveler Rewards, and more?
Travel Deals
Every year, in May, there’s an evening when Europe collectively gets to bask in the fact that it’s gloriously bonkers. Every year, if they’ve read about it in the press, or more recently are watching #Eurovision trending on Twitter, Americans wonder what on earth “Eurovision” is. Every year one of us tries to explain it, and invariably fails miserably in the excitement of it all. 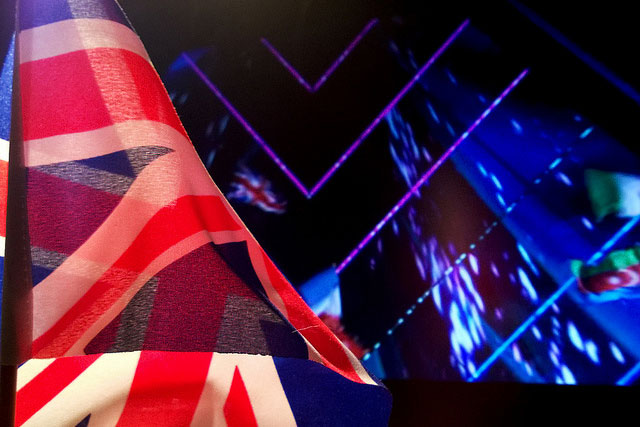 So, here’s my attempt. Eurovision is a song contest. Each eligible country can send one competitor (an individual or a group), but you don’t strictly have to be in Europe to do so. Israel regularly enters, as do Armenia and Georgia. Morocco also entered once. Nor do the contestants have to be from the country sending them. The show’s been running for almost 60 years and is one of the most watched non-sporting programmes in the world. 125 million tuned in this year to watch in Europe, with up to 600 million in total abroad. Australians have bizarrely been some of the biggest fans for decades, where the show has an almost religious following. They get up at 5am to watch it live.

So you don’t have to be in Europe, you don’t have to be from the country, but what you have to be able to do is sing. At least… arguably you do. Any Eurovision aficionado will readily admit though, that (at least for large chunks of its history) the competition is utter rubbish in musical terms. A few notable careers have been launched from it (ABBA for Sweden, and Céline Dion for Switzerland. are the big two), but mainly the winners just fizzle out and are never heard from again.

So what on earth is all this about? Frankly Eurovision’s attraction defies usual logic. It’s also changed over time. When it was launched, 1956, it was an idealistic attempt to bring the people of Europe together in a fun way through popular music. Remember this was just 11 years after Hitler’s armies had given up their stranglehold on the continent, and was the year Soviet tanks were gunning down civilians in the streets of Budapest. Eurovision actually predates what later became the EU by a year.

For a reasonable period Eurovision was serious singing contest. Then it began its descent into the object of jokes. I started watching as a student for the sheer irony value: it was so horrific it was funny. Britain’s presenter was for years the redoubtable Irishman, Sir Terry Wogan, who contributed hugely to the amusement with running commentary like “Oh look it’s Malta’s entry. She obviously cuts her own hair.” It became a cult thing, valued for the over the top, theatrical entertainment that drew people to special Eurovision parties.

A major part of the fun was the voting, which took up roughly half the show in its old format. It was often given in French (the show used to be bilingual, but nowadays everyone except the French speak English. That frequently includes Belgium and Switzerland who have French as a national language). “Nul points” and “Douze points” became much-loved catch phrases for the programme. Each country still announces its votes live with the wonderfully old-fashioned sounding “Good evening, Berlin calling” to kick off the delivery. It also never fails to amaze that at 11pm in May all the northern countries still aren’t fully dark as they do so.

When the votes changed from juries to popular phone-ins amazing national biases became apparent. The Nordic countries would all vote for each other, no matter how horrendous their entries, Germany always gave Israel a high mark (oh, how the War guilt lives on), Turkey would never vote for Greece and vice-versa. That amusement pretty much stopped when the vote became part popular and part professional jury in each country, to even out these “quirks”.

From about 2000 onwards I’d say Eurovision started getting a lot more serious. The acts can still be utterly over the top, and it’s the element of fabulously camp entertainment that still attracts many people. For example, this year featured Ukraine’s singer being accompanied by a male model in a shirt and tie, running round in a giant hamster wheel on stage, for no discernible reason. Poland’s entry had a group of buxom milkmaids in traditional costumes using washing boards in more than just slightly suggestive manner.

The songs recently are far, far better though. With so many East European countries joining there’s now two semi-finals that mean only the best (it’s still quite relative!) get through to the actual final that most people watch. I downloaded five of the entries this year from iTunes, they were actually that good. The songs range from power ballads to catchy Euro-pop, with the odd exception like Lordi, Finland’s heavy rock winner in 2006.

This year Eurovision made the international headlines when a bearded drag queen from Austria won the contest. “Conchita Wurst” not only won the combined jury/popular vote by a huge margin, but actually won by an even larger margin if only the 10 million popular votes across Europe were counted. Various Russian politicians were utterly outraged by the result and have said Russia must withdraw from the competition for a less “morally depraved” show of their own. They appear to be a little out of synch with their own voters, however, who voted in their droves for the “Bearded Lady”. The winning song has already topped the iTunes download charts in Russia. Conchita herself was given a heroine’s welcome back to Vienna, has been dubbed “Queen of Europe”, and received gushing praise from the Austrian President for promoting tolerance and diversity.

Weird, whacky, glitzy, over the top, and genuinely inexplicably crazy Eurovision might be. Sporting events, which are supposed to bring people together, sadly often lead to violent clashes. Eurovision just doesn’t. You feel an instinctive need to cheer your own country on, but most viewers are happy to proclaim their favourite and they’re often from a different country. Atlases are pulled out when people try to work out where San Marino, Armenia or Moldova are. Bearded ladies show an on the whole wonderfully tolerant, accepting side to Europe. Where else in the world would a drag queen win any contest on a popular vote with 125 million watching? She did here. Eurovision has on the whole succeeded, in the most unlikely way, in bringing people together for an evening in a unifying display of kitsch, enjoyment and complete fun. I’m sure the founders would never have envisaged the direction the show has gone, but long may it continue, I say.

If you’re in Europe next May tune in. Despite my attempt to explain, you won’t make head or tail of it – but if a couple of the acts don’t bring a smile to your face I’d be mighty disappointed!