Is there anything quite so varied and wonderful as cheese to delight a food-loving visitor to Europe? French cheese, in particular, is like a melody in your mouth; but a complex one, which is why children take a while to appreciate the beauty of a nice stinky Roquefort or creamy Camembert. It’s no nursery rhyme, more like a symphony, an opera, or a heavy metal gig depending on what you choose.

The French, need I say, are really into their cheese. There are at least one or two cheese stands at every local market, and no self-respecting host would invite friends over without serving a cheese plate before dessert. Everyone has their opinions, their favorites, their ’pépites’ of local knowledge. Each region has its own well-known cheese, and where I live it’s Maroilles, made famous by the popular French film, “Bienvenue chez les Ch’tis” (Welcome to the Sticks). 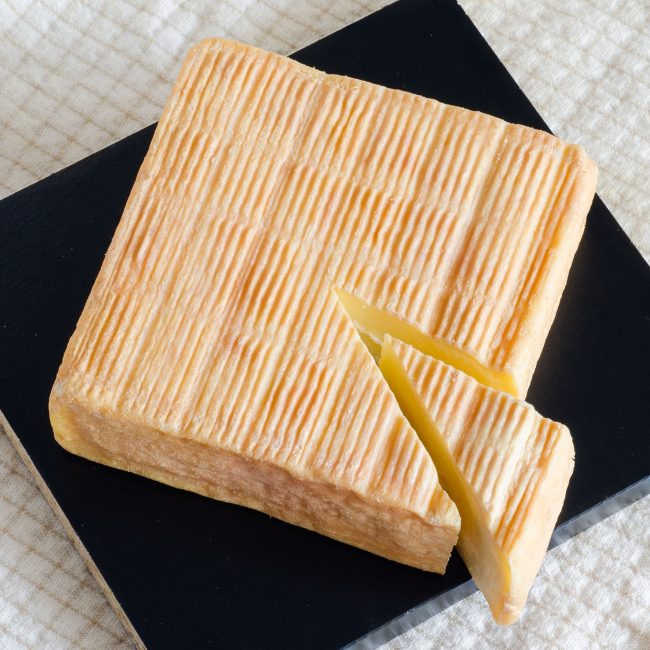 When Maroilles is made, it is left in a drying area for around ten days during which time a gentle light coating of bacteria develops. The cheese is then brushed, washed and cellared for anywhere from five weeks to four months. During this time, it is lovingly turned and brushed at regular intervals to remove the natural white mold and allow bacteria to change the rind from yellow to red. The result is a soft, smelly cheese used in many local dishes and a source of regional pride.

But Maroilles is just one of the 46 official AOC cheeses of France (those which have a controlled geographic origin), while there are about as many varieties of cheese as there are days in the year. Former French President Charles de Gaulle is even quoted as saying: “How can you govern a country which has 246 varieties of cheese?”. And many more have been added to the roster since his time! 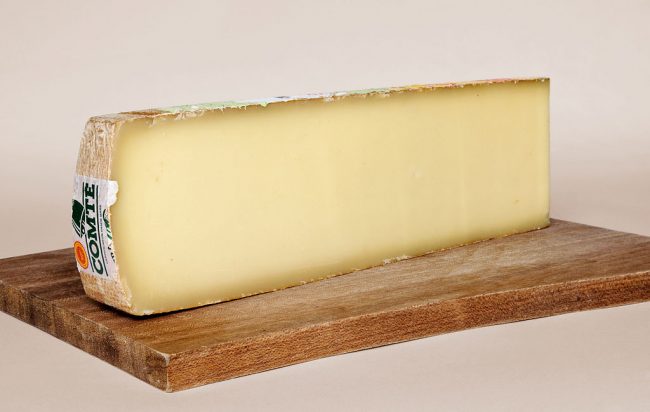 Cheese is an art form in France. Did you know, for example, that the colour of Comté (one of my favourite hard cheeses) depends on whether it was produced by cows grazing on summer pastures (filled with flowers, making the cheese a warm yellow), or by those eating grass and grains later in the year (giving a whitish cheese)?

The color, smell, texture, taste, and the notes that it leaves in the mouth are all carefully considered during a cheese tasting. This is something students get to experience first-hand when they visit a cheese farm during their ACIS trip. And even if no farm visit is planned, I sometimes like to organize an impromptu cheese tasting to talk about these regional varieties.

The key to organizing a good cheese tasting in the classroom, or a good cheese platter for your dinner guests, is variety. Have both goat’s and cow’s cheeses, fresh and mature options, something creamy and something hard, and of course, something blue! Also, try to find different types of bread, since the right pairing can make all the difference. 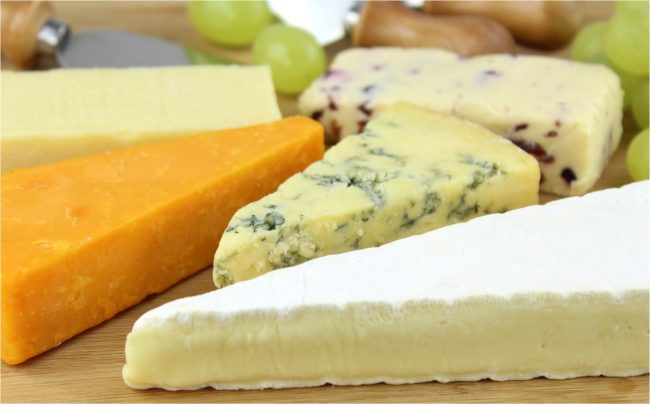 First, I like to get students to taste a piece of cheese on its own, remarking on the smell, texture, and tastes, and then to try another piece with a specially-selected bread to complement it. You’ll find that the bitterness of a blue cheese like the Bleu de Gex is perfectly balanced out if eaten with a slightly sweet, fruity bread. Or that the voluptuous creaminess of a Saint-Félicien is brought under control when paired with a crunchy piece of sesame baguette. The Comté, which combines the four tastes – sweet, bitter, sour, and salty -, is best paired with a nutty bread (heavenly!).

So for your next cheese plate (or cheese tasting with some lucky and adventurous students), you can find or bake some interesting bread, and pick a few cheeses to match. Crunchy, crusty, grainy bread goes well with creamy and delicately flavored cheeses. Fruity or sweet breads can be paired with some nice, strong blue cheeses.

Alternatively, serve up a European taste journey in the form of a selection of the most famous hard cheeses from each country: a nice Comté from France, a piece of Pecorino from Italy, a Manchego from Spain, a Gouda from the Netherlands, Emmental from Switzerland and an aged Cheddar from the UK. Just remember, cheese is an art, and it can take time and wisdom to truly appreciate it.

One thought on “The Art of Cheese: A Guide for Teachers and Students”