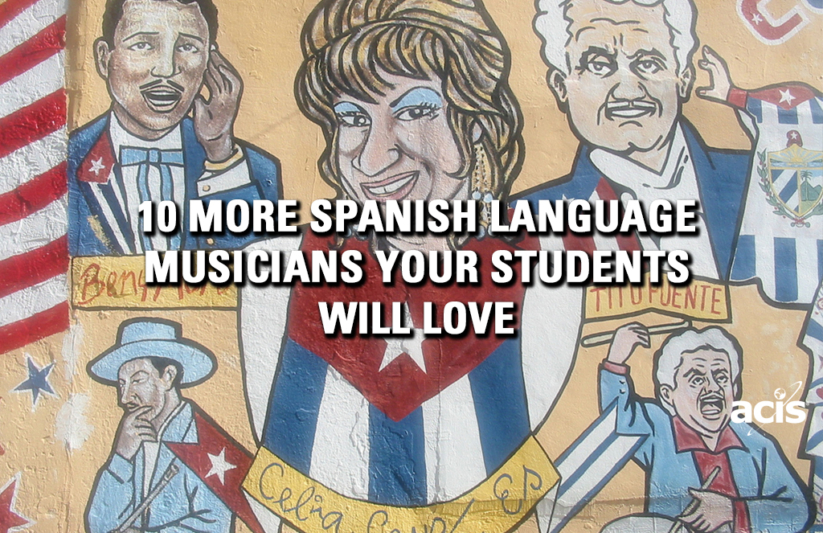 In June, we published our first edition of 10 Spanish Language Musicians Your Students Will Love. We sought to shine a spotlight on some musicians that will engage and entertain your students while revealing aspects of Spanish and Latin American culture. We knew then we were only skimming the surface of what’s out there, so we’ve gone back to the drawing board and compiled another list of 10 musicians your students will love.

Listening to music in Spanish is a fantastic and fun way to learn the Spanish language and gain insight into Spanish and Latin American culture. It’s a great way to connect what your students are learning in the classroom with the culture of the Spanish-speaking world, and even more, it’s a fun way to soak up even more Spanish in between classes!

As we said last time, this is by no means an exhaustive list, but here are 10 More Spanish Language Musicians Your Students Will Love:

What Spanish-language musicians do you listen to or recommend to your students? Let us know in the comments section below!