The capital city of Great Britain has been used as a filming location for many legendary movies over the years. Some of its major sights may be familiar to you because they’ve simply become icons of the silver screen. And just like so many foreigners travel to New York because they yearn to walk down the avenues and past the buildings they’ve grown so familiar with through visual culture, the London experience can be made even more exciting by watching a few London-based movies before you go.

So here are some good options, depending on what film genre you or your students enjoy, and what aspects of London life you want to get a glimpse into.

V for Vendetta also projects us into the future in this political thriller which harks back to the story of Guy Fawks, caught trying to blow up the Palace of Westminster on 5th November 1605. The scenes of masked hordes marching on Trafalgar Square, Whitehall, and Parliament Square were a security nightmare to film. For the dramatic final scene at Westminster, the area from Trafalgar Square to Big Ben had to be closed for three nights from midnight until 5 a.m. The film gives us a future-retro look, with a heavy use of grey tones to give a dreary, stagnant feel to totalitarian London.

28 Days Later is a post-apocalyptic horror film, directed by Danny Boyle (of Trainspotting fame). In it, the main character, who appears to be the sole survivor, walks through an empty London, crossing Westminster Bridge towards the glorious Houses of Parliament, through Piccadilly Circus and around the City of London, past overturned red buses. These scenes had to be filmed at 3-4 a.m. in July when no passers by were around, giving an ominous vibe to a normally bustling city. It’s London like you’ll never see it in real life (unless you get up very very early!).

In Children of Men, another dystopian thriller starring Clive Owen, we see a London of 2027, where two decades of human infertility have left society on the brink of collapse. The Director, Alfonso Cuarón, portrays the city as a character, shooting single, wide shots of places like Trafalgar Square, Battersea Power Station, Whitehall and Fleet Street. There’s a great shot early on in the movie of the slow drive of the main character through London with its army checkpoints and heated demonstrations. It’s a beautifully filmed, dark and violent tale which nevertheless leaves us with a glimmer of hope.

Ken Loach is the master of social realism, and It’s a Free World is no exception. Set in London’s East End, it sheds light on the lives of the working class, the immigrants and refugees who make up a significant portion of London’s population. It shows the struggle of ordinary people trying to get by and helping each other along the way. It’s a London that tourists don’t get much chance to see, the segments of the city beyond the usual spotlight.

Giving us a glimpse into the recent history of South London, Babylon is a 1980s film that captures the trials and tribulations of young black youths in the troubled areas of Deptford and Brixton. The story centers on sound system culture and themes of police racism, violence against blacks, poverty and disillusionment. It’s a raw and realistic portrayal of a short period in the life of a down-on-his-luck young man. Although Brixton is now a far more trendy neighborhood, it retains its African influences, and the story that this film tells is still relevant today on a far broader scale.

Kidulthood is a 2006 British drama film about the life of several troubled teenagers living in the housing estates of Ladbroke Grove and Latimer Road, two areas of inner West London. The majority of the characters in the film generally behave in a violent and lawless manner, and the film doesn’t shy away from themes like teenage pregnancy, suicide, and recreational drug use. The film was principally shot in the actual areas in which it is set around West London and offers a grim portrayal of the lives of underprivileged urban youth.

In Notting Hill, starring Julia Roberts and Hugh Grant, we have a glossy look into this expensive West End neighborhood, which is unfortunately somewhat whitewashed of its ethnic community for the purpose of the story. During the 50s, Notting Hill provided cheap accommodation for a largely West Indian population and was the site of notorious race riots. Today, it hosts London’s biggest multicultural carnival and a famed food and flea market on Portabello Road, which features prominently in the film.

You can’t go wrong with Love Actually, the ultimate London feel-good romcom package. The movie opens and closes at Heathrow Airport, and gives us romantic establishing shots of the city decked out for Christmas. If you walk through London, you might recognize some other locations in this film, like Oxford Street and the Oxo Tower Wharf complex on London’s South Bank. This is a London of the middle classes, of strollers and shoppers and incurable romantics.

Bridget Jones, based on Helen Fielding’s writing, has become a handbook for fun living around London. In the film, Bridget lives just west of London Bridge Station on the South Bank, she shops in Borough Market, hangs out with her friends at Tate Modern Art Gallery, and hosts an embarrassing book launch at the Institute of Contemporary Arts. You can easily walk in her footsteps and visit all of these places in a day. This is the London of the young and privileged, searching for love and their own path in life. 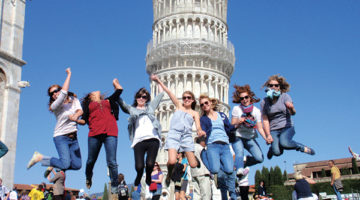 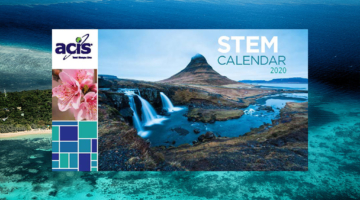