ACIS Tour Manager Paul Daley has lead students on tours across Scotland, from the city center of Edinburgh to the wild and windy highlands in the north. He hopes that after traveling to these places with ACIS, you might be inspired to go beyond our itinerary highlights to the Orkney islands and shares why it should make your travel bucket list. 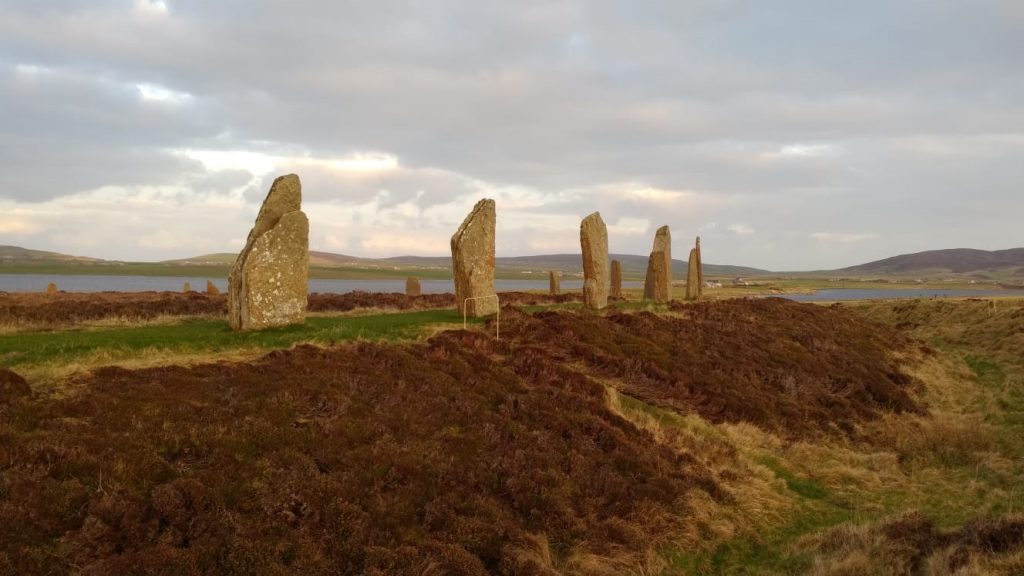 A small archipelago of seventy islands situated six miles off the north-east coast of Scotland was recently declared to be the UK’s best place to live. Be honest, had you ever heard of this island chain before today? Whilst I am not trying to convince you to relocate, here are a couple of reasons why it merits a place on your travel bucket list.

It could be the most important site for ongoing archaeological discoveries in all of Europe. In 1999 UNESCO gave a citation to “Neolithic Orkney” granting World Heritage Status. I have visited several Neolithic sites (structures around 5,000 years old)  during my time as a Tour Manager, but nothing had prepared me for this.

Standing in front of Maeshowe one of Europe’s finest chambered tombs you look to the narrow spit of land between the Lochs of Harray and Stenness and there in quick succession are the Standing Stones of Stenness, the Ness of Brodgar and the Ring of Brodgar.

Of all the sites it is the Ness of Brodgar that has the archaeologists all-a-quiver about what might yet be discovered. Since 2004, an annual 6-8 week dig has only touched upon 10% of the site’s expanse. The dig could be ongoing, according to some estimates, for another 50 years. What lies beneath? Only time will tell. But already we know it is a sizeable structure where considerable feasting took place. Is it the Neolithic Orcadian equivalent of a Cathedral, or a Palace or a Parliament? These discoveries are turning the British map on its head. Rather than being a remote series of Islands should we view the Orkney Islands as ancient Britain’s first true capital, exporting their ideas and building techniques to the mainland? All these structures pre-date Stonehenge, after all. 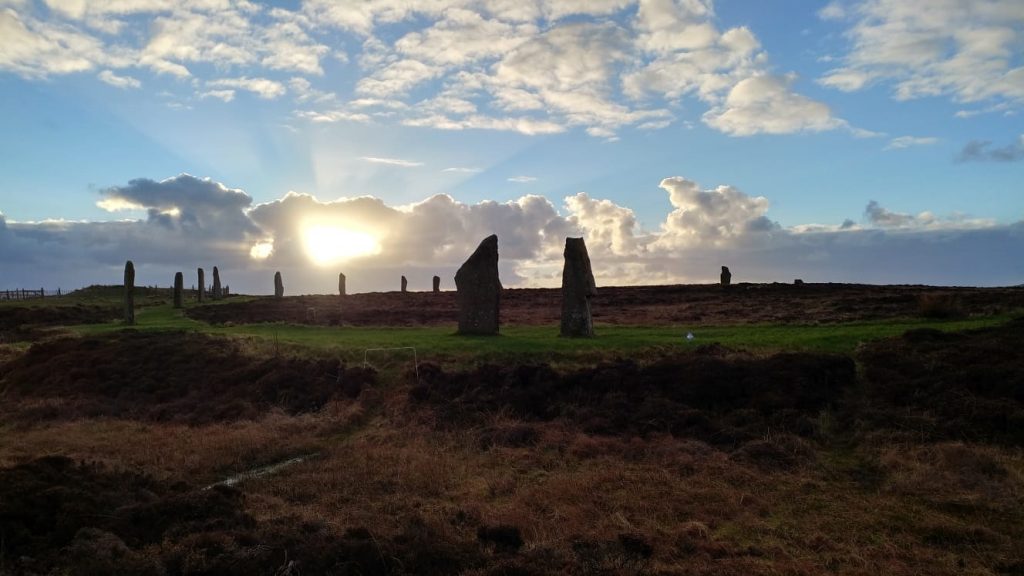 Continue along the road for five miles and you come to something, in my opinion, even more awe inspiring. On the edge of Skaill Bay in 1850 a massive sea storm stripped away the sand dunes to reveal Europe’s oldest village – Skara Brae. Dating to 3,100 years B.C., it is a series of ten connected homes built into the dunes. Most often the Neolithic structures we can still view celebrate the great and the good in death. Here we have clear evidence of how the ordinary people lived in life. Each dwelling still contains its original stone-age furniture. If you were looking for the real life Flintstones, well, Orkney is the place you need to be. 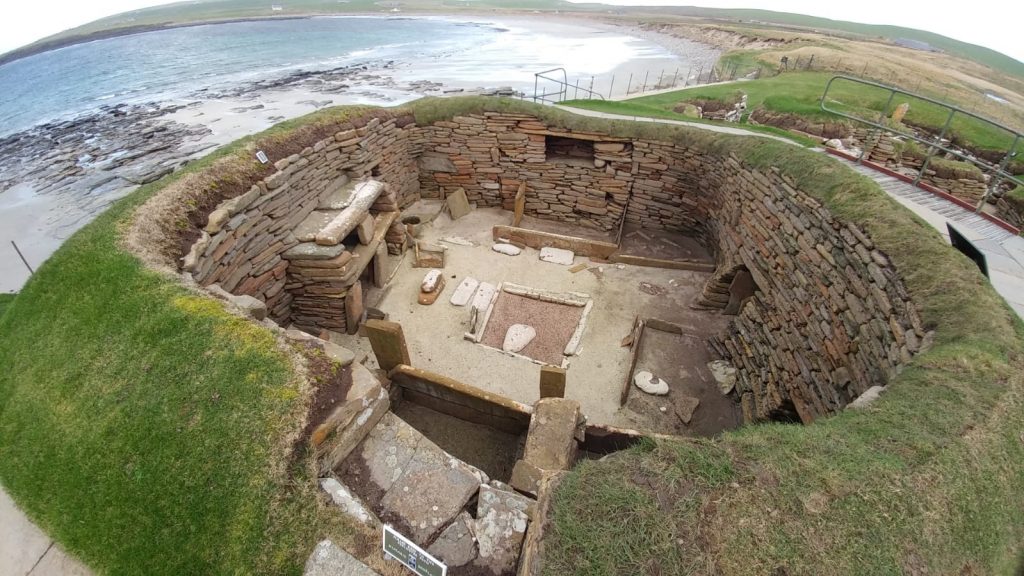 It is not all Neolithic, if you want your history a smidge more recent. There are Brochs – Scottish defensive structures dating to only 500 years B.C. Or the evidence of Norwegian control until 1468 in the form of the magnificent St. Magnus Cathedral dating from the 12th Century. Or even the beautiful little Italian Chapel constructed by Italian Prisoners of War during World War II. 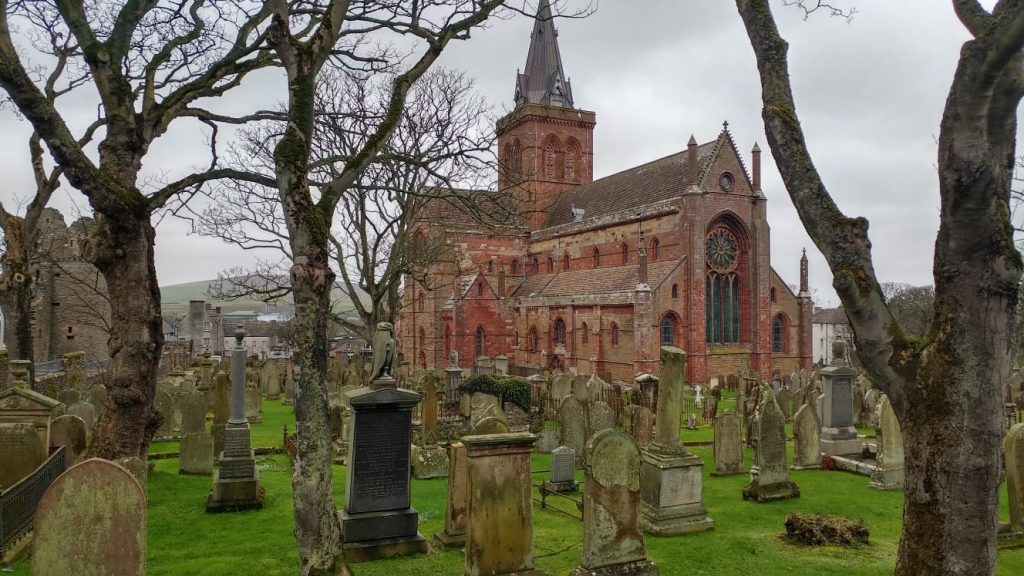 So the obvious question is why aren’t we going there? Why isn’t it on every Scottish itinerary? Why not have a Global Conference in Kirkwall? Well, before our bookings department has a collective heart attack, let’s just state the simple fact that Orkney is not the easiest place to incorporate into a wider itinerary. You could possibly do it as a exceptionally long day trip, but if you are going to make the effort you really need to give yourself a couple of days and hire a car. If, or rather when, I return I would like to visit some of the other Islands, walk the sea cliffs of Hoy and maybe visit the Orkney Gin distillery, for purely educational purposes you understand.

And then onward perhaps to the even more remote Shetland Islands in January! Why? “Up Helly Aa.” Google it! Europe’s largest Viking Fire Festival. It looks awesome, and sometimes you just have to get off the beaten path.

To view our full listing of itineraries, download the ACIS Catalog!