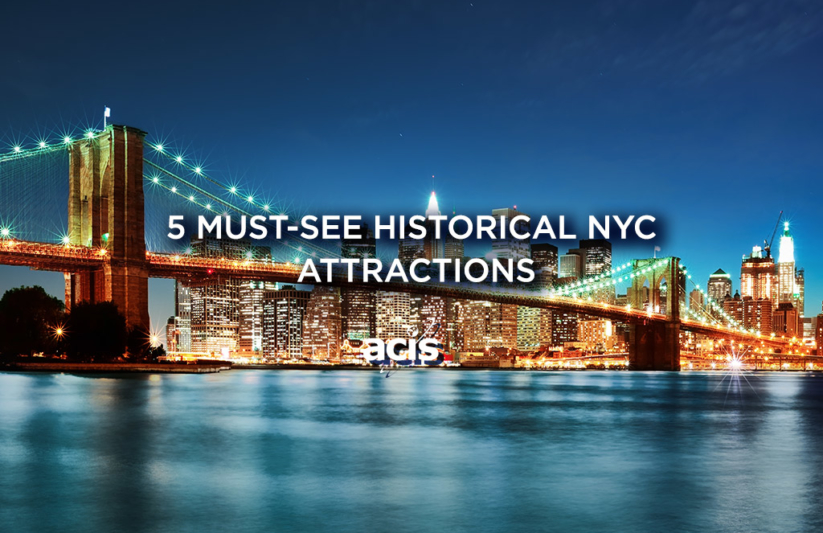 While Washington D.C. is famously known as the capital of the United States of America, many may be surprised to learn that this wasn’t always the case. This bears the following question: ‘What was the first capital of the United States?’ The answer to that is New York City, arguably America’s most diverse and active city. For this reason, Gotham also happens to be one of ACIS America’s most popular tour destinations. To honor the first American Capital, we take a look at the history behind five of its most famous attractions.

New York City is synonymous with architectural achievement. For many years the Brooklyn Bridge stood as The Big Apple’s crown jewel. Connecting the boroughs of Brooklyn and Manhattan, the massive bridge constructed in 1883 is now one of the oldest standing roadway bridges in the world. It also happens to afford spectacular views of Manhattan and the Statue of Liberty, making it a great photo-opp spot.

Located in the Upper New York Bay, Ellis Island functioned as the busiest immigration reception station for over 60 years (1892-1954). During this period, over 12 million immigrants from across the globe passed through its doors in search of the American dream. Today, the renovated Ellis Island consists of an on-site museum featuring reminiscent exhibits of each room, and a searchable passenger database. Ellis Island is a truly unique historical museum which showcases the plight of migrants during the 20th century. 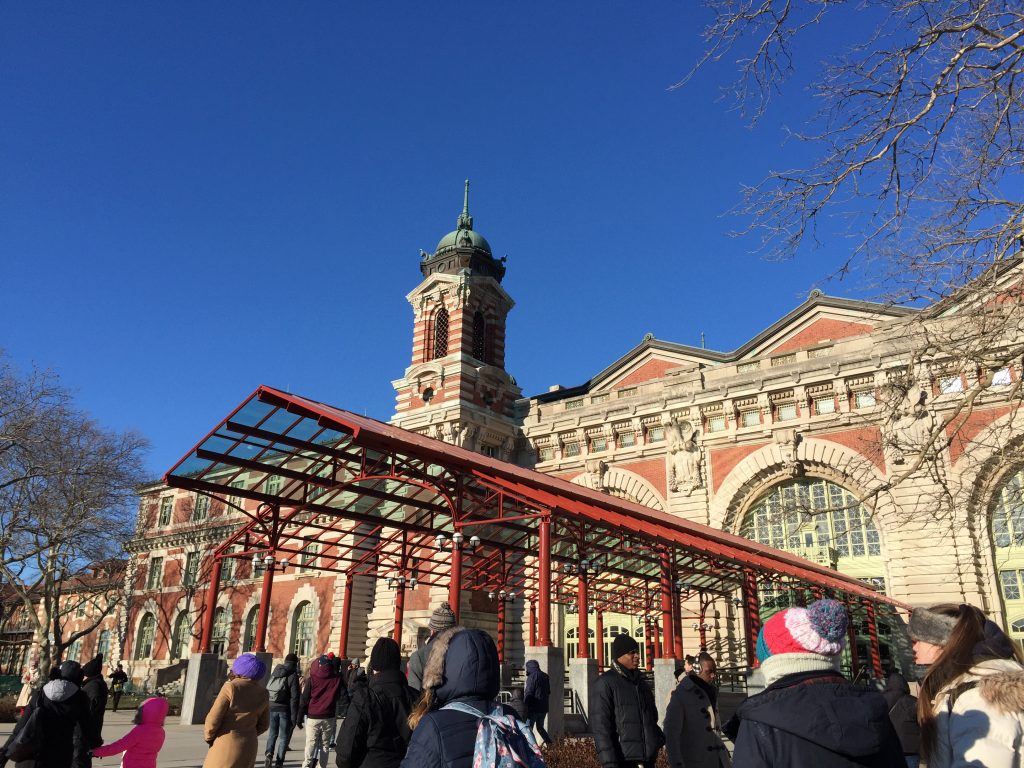 We would simply be remiss to omit the well done 9/11 Memorial on our top New York destinations list. A staple of all ACIS trips to New York, the Memorial sits at the World Trade Center site, and is a tribute to those lost in the largest attack on American soil. The Memorial includes two large reflecting pools where the Twin Towers once stood, with bronze panels listing the names of those lost edging the great pools. Interesting fact: the pools are the largest manmade waterfalls in North America. The 9/11 museum is also next door at One World Trade Center. 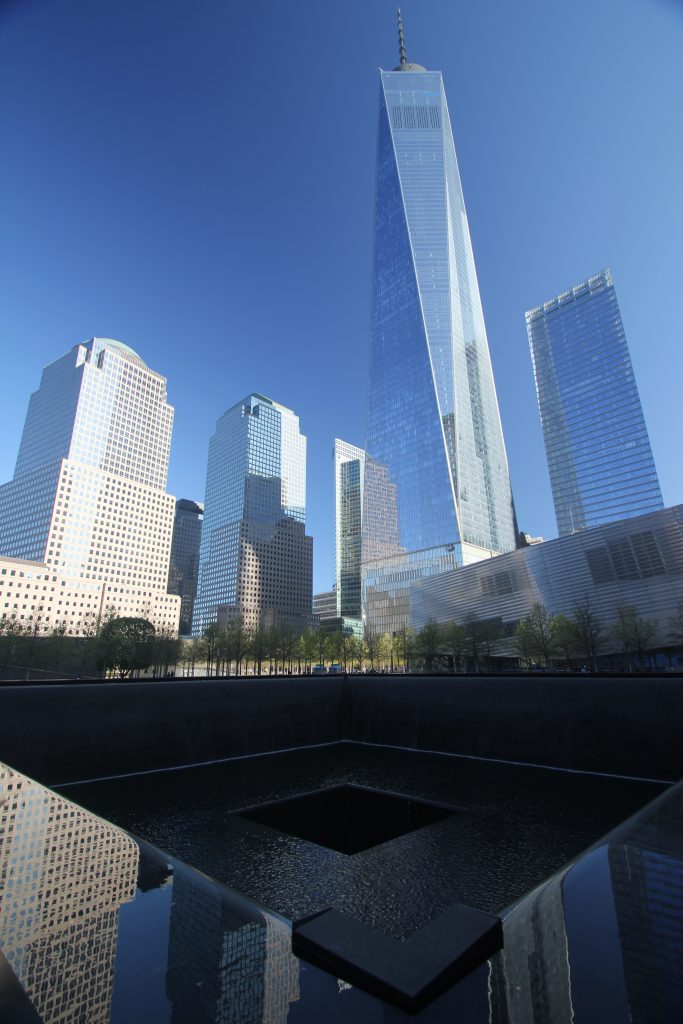 Today, Times Square is better known as the major commercial and entertainment hub of New York, home to the Broadway Theatre District and many of America’s largest corporations, but there are some great historical tidbits to glean from a visit. Times Square was dubbed after the New York Times built its headquarters at One Times Square in 1904. Ironically, the NYT would go on to relocate its headquarters after only 8 years. The name stuck, however, and the area remained a focal point of Manhattan. The New Year’s Eve ball drop is held in Times Square as well, a tradition dating back to 1907, and anyone who is interested in the history of the American theater will want to see this essential location.

Central Park in New York City is arguably the most famous public park in the world. Its story dates back to the mid-19th century, when New York City nearly quadrupled in population. This led to a public campaign by many influential New Yorkers for a public park to escape the noise and chaotic life of the bustling city. Likely inspired by Paris’ Bois de Boulogne and London’s Hyde Park, the project was approved in 1853, with landscape designer Frederick Law Olmsted declaring the park to be a “democratic development of the highest significance.” Central Park was designated as a National Historic Landmark in 1963.

Looking to take your students on an educational tour in the United States? Download the ACIS America brochure!