Summer is upon us, for those in the northern hemisphere at least, and the lucky ones will soon be jetting off to a beach-side holiday. The luckiest might even be on their way to the Côte d’Azur where it’s all about sun, sea and… salade niçoise of course!

Blending all the flavors of the Mediterranean, the unmissable and deceptively simple ‘Salada Nissarda’ (as it’s known in the local dialect) has generated a great amount of debate over the years. Some say that only one type of fish should ever be included, with your choice being limited to tuna or anchovies. Others despair at the sight of any form of cooked vegetable (usually potato or green bean). Passions are stirred when it comes to serving – should all the ingredients be mixed up in a salad bowl or delicately arranged on an oval plate? And it even seems that one of the ingredients I most associate with this salad – hard-boiled eggs – was only a later addition. 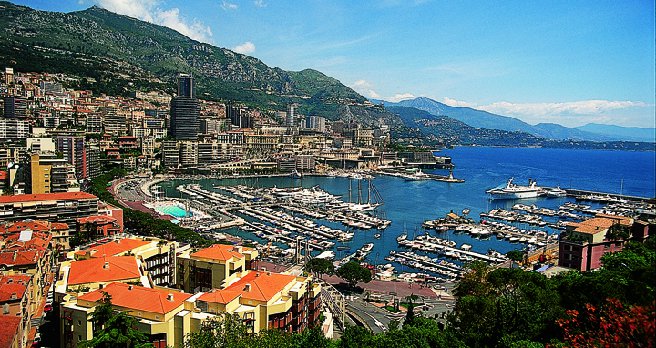 As far as anyone can make out, the first reference to this salad dates from Henri Heyraud’s 1903 cookbook “La Cuisine à Nice”. In it, he includes only artichoke hearts, olives, sweet peppers, tomatoes and anchovy fillets, along with a sauce composed of olive oil, vinegar, mustard and herbes de Provence. Since then, a host of ingredients have been hurled at various times and by various people onto this unassuming dish: green salad, spring onions, cucumbers, basil leaves, capers, fava beans, garlic, potatoes, and the list goes on.

Even the former Mayor of Nice, Jacques Médecin, who served from 1966 to 1990, published a book of local recipes “La Cuisine du Comté de Nice”, available in English as “Cuisine Niçoise: Recipes from a Mediterranean Kitchen”. This notoriously crooked Mayor (but admirable cook!), who was eventually sent to jail, began his description of the salade niçoise with these words: “Oh so many crimes have been committed in the name of this pure and fresh salad, made with tomatoes and raw vegetables, with only the eggs being cooked, prepared without vinegar, with the tomatoes salted three times and olive oil drizzled on top.”

Frankly, I could eat a salade niçoise every day overlooking that sparkling azure coastline and each time it would be different. French chefs like to experiment, they like to do a little something special to make their dish stand out, and if you ask me, so should you. So don’t worry too much about the purists, don’t get lost in the online debates about the color of your tomatoes and the shape of your serving dish. Just find the freshest ingredients that you can, those that remind you most of warm summers by the sea, and blend them gently together while reminiscing about your last holiday in Provence.

Serves 2 as a main course
(the originals)
6 preserved artichoke hearts, quartered
12 black olives
1 sweet pepper, thinly sliced
4 tomatoes
8 salted anchovies (or 1 can of tuna, or both!)

The salade niçoise often calls for the tomatoes to be peeled and drained. If you decide to do this, cut a tiny cross in the skin at the round end of the tomatoes and dunk them into boiling water. After 30 seconds or so remove them and peel away the skins. Cut the tomatoes into quarters and remove the liquid inside. This will allow your salad to keep in the fridge for longer without going soggy. Chop the tomatoes into thin slices.

The artichokes, anchovies and tuna should be well drained of their oil before being mixed in with the other ingredients. If using salted anchovies, rinse them, pull away the bones and check for stray whiskers.

In a small bowl, prepare a vinaigrette by whisking the vinegar and mustard together with a bit of garlic and some salt, pepper, and rosemary, then drizzling in the olive oil.

Rub a large plate or bowl with the other garlic clove.

Place a bed of mesclun or lettuce into the dish.

Arrange tomatoes, peppers, artichokes, anchovies, olives, and any other ingredients you decide to use over the salad.

Pour the vinaigrette on top and garnish with basil or parsley.

Leave to cool in the fridge, serve cold with crusty bread.

Enjoy whilst overlooking the shore!

One thought on “The Real Salade Nicoise [RECIPE]”