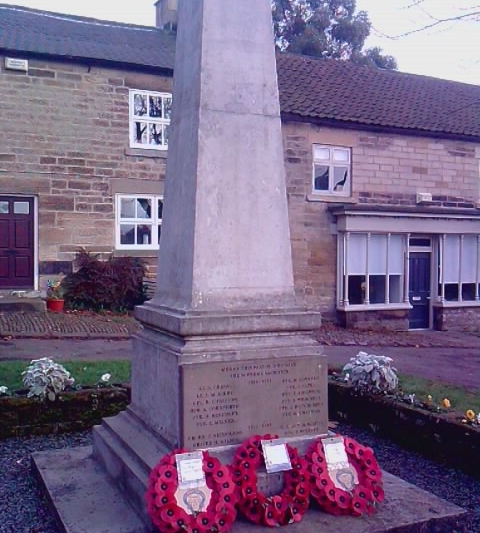 Picture rolling fields of ripening barley under warm summer skies, a gentle breeze rippling through, wave after wave; and often, picked out in red, bobbing in the breeze, a rash of poppies. Here in Europe, whether on a student tour to the UK, France or elsewhere, it’s one of those scenes that simply sums up the joys of summer.

Yet, as autumn deepens here in the UK, the poppy spreads across people’s lapels and even onto the mastheads of newspapers. A peculiarly British thing. And as I was asked just a week or so ago by a lovely group travelling from North Carolina: ‘why?’

This is the thing about travel: you leave home, your accepted ways of doing things, the rhythm of life where you are, to visit elsewhere. Quite apart from all the sights, monuments and museums as well as cafes, pizzerias, tavernas you have on your wish list to experience, to be in that place when something uniquely ‘local’ happens helps you gain even more of a flavour of a place and can bring home to you what a wonderfully diverse world we inhabit.  For instance, be in France on 21st June and you can find yourself in the midst of a world surrounded by music of all sorts being performed from street corners, cafes and squares. This is France welcoming the summer with the ‘Fête de la Musique’.  On 1st April, you can see people walking around with paper fish on their backs (do they know? – usually not!) It’s ‘Jour de la Poisson’. Again, France on the 14th July and its fireworks at 10pm, the locals thronging  every local vantage point from a riverside on the Loire to beaches in Biarritz, to the Champ de Mars in Paris – ‘Bastille Day’. Be in Greece around the Orthodox Easter and your day will be accompanied by great family celebrations around herb-laden spit-roasted lamb. In Spain or Italy you might be witness to one of the many local fiestas that scatter themselves through a year. Be in the UK early in March every other year of late, and you can double-take at people walking around wearing red clown noses (a charity fund-raiser);  November and it’s fireworks and bonfires on the 5th (‘Guy Fawkes’ – see Peter Jones’ recent blog)…and then, the Poppy.

The answer to the question ‘why?’ is found in the pages of european and world history of the 20th century and, in particular, the words of a poem by Canadian Army Doctor, John McCrae:

“In Flanders fields the poppies blow
Between crosses, row on row…”

Almost a century ago, in the rolling borderlands of France and Belgium, a continent engulfed in war was to witness the decimation of a generation. The impact of this on the nations of Europe can never be underestimated. The trenches of the First World War are infamous in the pages of modern history; those towns and villages on the front line, now rebuilt, were laid waste;  the ‘war to end all wars’ strode the continent with barely a corner untouched in one way or another. Bookshelves and photo archives of today carry many an account; the poems of Rupert Brooke, the likes of ‘War Horse’, each capable of reminding us, even now, of those events.

Those same fields have given us a simple emblem of commemoration here in the UK: the poppy. This grew in the years after the guns had fallen silent. Born of the inspiration of US professor Moina Michael and via a French-American war charity it was adopted here in Britain. Long since assumed into our national life, every November poppies are sold ‘to remember’. 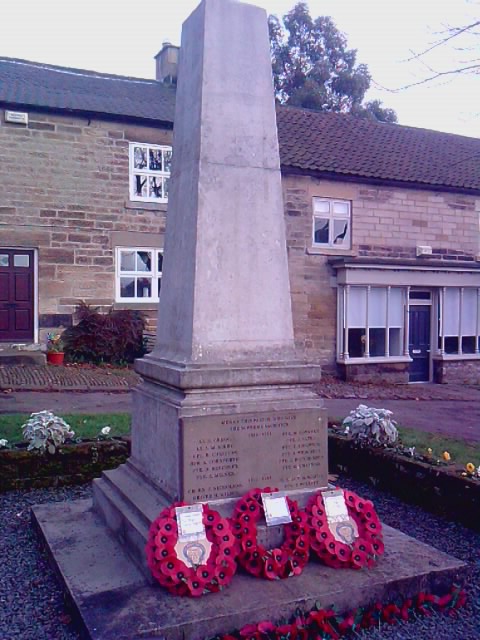 On the Sunday nearest 11th November (the moment of the Armistice in 1918), at 11am, the nation falls silent. Whilst National commemorations are led by HM The Queen in Whitehall, London, around the country in towns and villages, communities carry out similar acts of remembrance gathered around their local war memorial, the names etched from 1914-18 supplemented by those of 1939-45 (and sometimes more recent). The now-ageing veterans of 20th Century conflict take centre stage, communities gather for a simple moment of reflection; wreathes of poppies are laid. Two minutes of silence. And then daily life continues.

On 11th November itself, across the country there is a national pause, from transport to national radio; people will stand silently in the street.

Following this year’s annual remembrance, a carpet of Poppy wreathes will now surround the Cenotaph (our national Memorial in central London); that laid by the Queen, centre stage, its attached card personally signed ‘Elizabeth R’. Across the country from the smallest of country churchyards, to village centres, to the heart of our cities, the memorials of the nation will, likewise, now be adorned with fresh poppy red.

This is our way. The poppy, a very British commemoration. To be here at this time gives you this window on our world, as North Carolina found out.

Travel through the UK as well as France, for example, and the toll of ‘the Great War’ can hit home: barely a hamlet, village or town without its own memorial.  (As a Tour Manager, I am often asked what they are as we pass by on a coach).

For those interested in modern history, of course you can visit the then battlefields. Nature will have smoothed the edges of conflict but reminders sit not far below the surface of the fields and some trenches have been kept as a reminder of the conflict. The subsequent conflict of the Second World War, to follow a mere 20 years later, would again engulf the continent and the wider world.  The europe of today is built on those ruins, metaphorically, politically (the European Union) and in many cases, literally.

However, in a simple red poppy, blowing in the breeze of Flanders, there continues to be much poignancy. 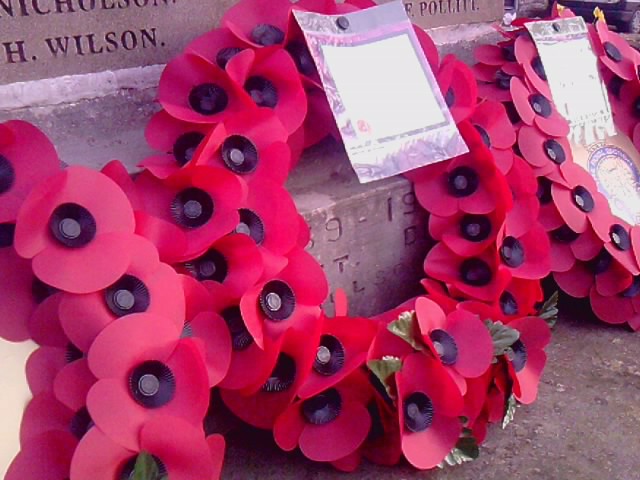 Want to read the poem “In Flanders Fields” in full? Follow this link