See our travel policies in relation to COVID-19
Click Here
Mallorca is the largest of the Balearic Islands, sitting just off the coast of Spain, equidistant between Valencia and Barcelona, and has been a holiday retreat for the Brits and the Germans for many years.

I had many misgivings about visiting Mallorca mostly because it brought up images of holiday charters from the UK and Germany, full of pasty skinned tribes of people in football shirts!  However, my dear friend had bought a house in the northern part of Mallorca some years ago and had sent back wonderful reports.  Maybe this island was not quite the Costa Blanca nightmare that I had imagined.  It was time to investigate.

First and foremost, Mallorca is easy to get to.  Flights from London are plentiful and flights from most other European countries are relatively easy although they require a stopover in Barcelona or Madrid.  There is also a ferry service from Barcelona to Palma de Mallorca.  But the cost of the ferry versus the speed and cheapness of the flight makes that a less desirable option unless you do not like to fly.

The drive from the airport to the center of Palma was easy and we were able to pass along the harbor which was jammed with very expensive boats that reminded me of the setup in Marbella in southern Spain.  The first iconic sight that we caught was the Palma Cathedral up on the hill.  It is a beautiful yellow ochre stone structure which dates back to 1300 A.D.  It’s a fantastic sight with its flying buttresses and a Renaissance portal, and it towers above the city and the port below.  Inside, there are designs by Antoni Gaudí and the renowned Contemporary artist, Miquel Barceló.  It just is not what you would expect.

We checked into the hotel and headed straight back towards the cathedral and to the beautiful lanes that make up this old city.  For me, the wonders of Spain are the influences of the Moors.  In southern Spain, the jewels of Seville, Cordoba, and Granada and the white villages that served as fortresses all the way to Jerez de la Frontera, leave us with a spectacular snapshot of a civilization that brought literacy and learning to this country.

Palma has been occupied since the Roman times.  By the 12th century however, Medina Mallorca was one of the most flourishing Muslim capitals in Europe.  After the re-conquest in the 13th century, it prospered as one of the great cities in Spain.  The language here is first and fundamentally Mallorquin; a dialect ofCatalan.  Although English and German are widely accepted as well as Spanish! 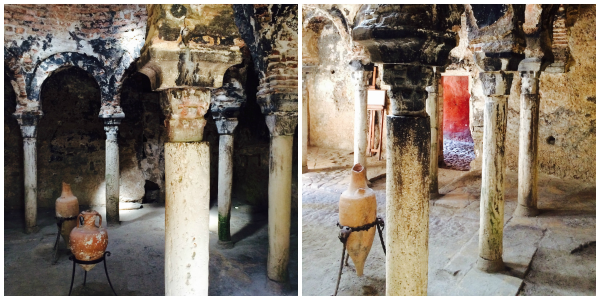 We visited the Banys Arabs that were nestled in the old lanes.  Although small in size, these Arabian baths are the most important survivors of the Muslim settlement.  They are quite charming and were probably attached to a private house.  It is a paid entrance but the gardens that surround the baths are a delightful place to sit, read, and imagine the great history of that era.  Out and about and into the lanes a little more, we grabbed some almejas and manchegobefore walking back along the port to the hotel.

Palma is indeed a livable city.  It has a gorgeous climate and beautiful Mediterranean colors pop up everywhere across the island.  Bougainvillea and oleander provide reds, pinks, and whites alongside the old buildings, and the scent of orange blossom was still hanging in the air.  There is good transportation inside of the city including running trails and bike trails that reminded me of the promenade along Copacabana.  There are beautiful beaches just a few kilometers to either side of the harbor. 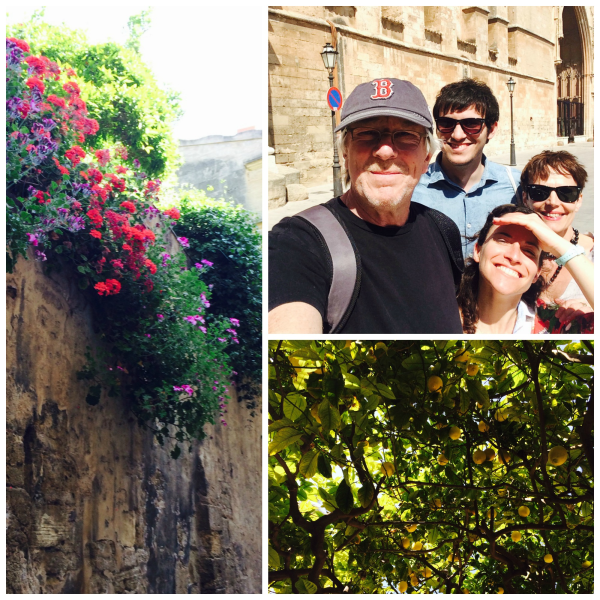 All in all, it really did take me by surprise.  I never once found a fish and chips shop and never saw an English football fan in a Liverpool shirt (thankfully) but it had a buzz to it.  We booked our restaurants every night at 10:00 pm and bars stayed open until the early hours without giving the impression of disco mania.  Tomorrow we would investigate some other parts of the island but today I sort of fell in love with the place and could not wait for my next date.

“In 1978, Peter Jones founded ACIS with a few colleagues, who all believed that travel changes lives. Knowing the important difference between a trip that’s mediocre and one that’s extraordinary, he built ACIS from a deep belief and understanding that ACIS group leaders and participants deserve the best—from itinerary development to hotels to perhaps most importantly, the people hired to guide teachers and students throughout the journey.”
cultureislandSpainstaff traveltravel stories