As tour managers, we love travel – we love discovery. It’s a given. But for all we see, all the places we’re used to visiting, we, as much as those we travel with, remain sponges for new discoveries; forever welcoming of seeing familiar places through different eyes. 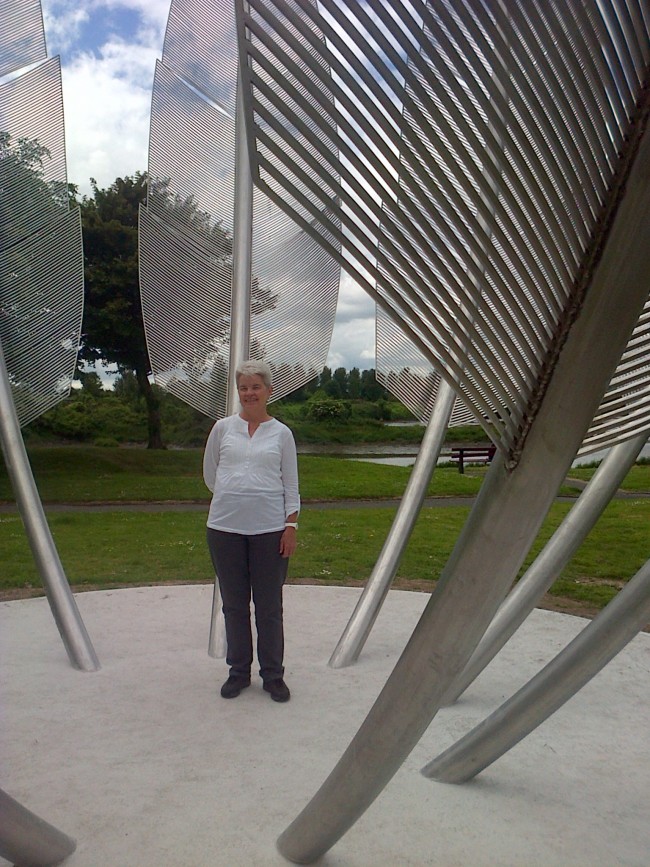 When you’re approached with a newspaper cutting from ‘back home’ telling the tale of a link between ‘home’ and a place you might be traveling through, your tour manager’s antennae are tweaked.

Yes, an interesting article; OK a sculpture, a new one; something about Ireland and the potato famine; mention of the Choctaw people… To reveal itself in the days to come would be a learning curve of discovery; a tale of friendship between two lands worlds apart; and yes, an emotional journey of connections for us all.

First of all, as a Brit, the learning curve concerns that word never heard before: ‘Choctaw’. Who? What? I now know the Choctaw to be one of the first peoples of today’s US; their traditional lands, today’s Mississippi and Oklahoma.

But why the interest in such people and the article before me? That’s down to history and heritage; to the individual sharing it with me and others amongst our group whose family heritage included the Choctaw people. That makes it a very personal story. It’s a ‘gosh’ for me and an unfolding journey of discovery to hear of a chapter of US history not previously known of. Maybe for the first time, it was to see beyond the Hollywood clichés and its genre of ‘cowboy and Indian’ movies inflicted on Saturday morning TV as a child!

This potted history lesson was to lead to the early pages of modern US history; narrate the tale of a people moved from their lands to new territory; to a journey and a phrase subsequently coined, ‘the Trail of Tears’. There can be nothing more powerful in human nature than stories passed down directly from one generation to the next. And here was just such an occurrence – I was hearing a story, an account that had passed directly from one generation to another.

It was fascinating in its own right but then the more so returning to why the newspaper extract was before me.

After time in Scotland, and an enjoyable relaxing passage through England’s Lake District, our time in Ireland beckoned. Of course, much to tell of Ireland, its history, and heritage – for a relatively small land mass, there can be much to share, almost overwhelmingly so. A common theme and one known the world over is that of immigration; of the hardships of the Potato Famine of the 19th Century. And in these pages of Ireland’s history, the page of newsprint in my hand becomes intertwined.

The Potato Famine of Ireland was a tragic period for Ireland; a tale of starvation and an emptying of the population through immigration. Somehow, thousands of miles away, word of the hardships reached a people. From meager resources, a population made sacrifices and collected donations to send in the hope of helping to relieve the hardship. In the grand scheme of things it may not have been much, but it meant a lot to those doing the sending and to those receiving. It could be a tale of our modern times.

Across the years, the generosity has never been forgotten. 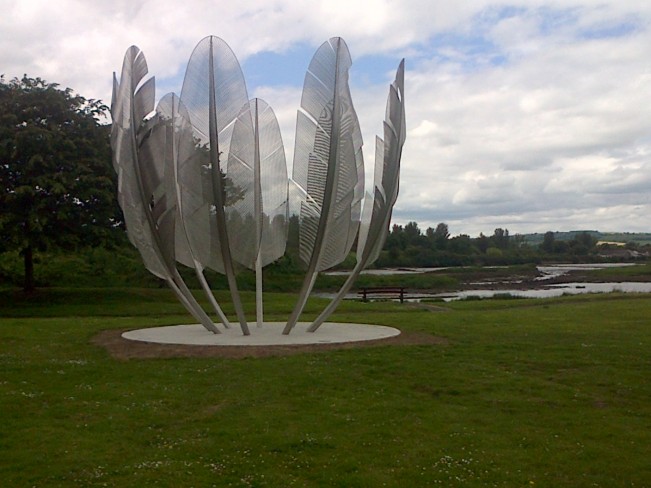 Those to receive this generosity were the people of Midleton, Co. Cork in SW Ireland. Those who had heard news of their plight and responded out of common humanity, the Choctaw Nation.

Over a hundred years later, Middleton has chosen to commemorate the generosity of the Choctaw people; to mark the hand of friendship stretched far across the miles that separate them. The newspaper article before me told the tale of a wonderful new sculpture created by local artist Alex Pentek commissioned for this purpose.

With a bit of detective work in quiet moments, a fair amount of googling and a few telephone calls, the inbuilt GPS of a tour manager brought us bouncing along local roads not far from where our route would normally take us, to an everyday spot beside the local river. But maybe in this undramatic spot, a place quietly suitable (it is, after all, over water that immigration has always taken place for Ireland) we were geographically not a million miles from the port of Cobh from which so much emigration had taken place.

In what were touchingly emotional moments for everyone, the history of the Choctaw Nation became one with a corner of Ireland. Connections with relatives who had passed down the story were felt; connections with their people and this locality were felt. It all was joined in a sculpture beside a river; a circle of nine feathers symbolic of the Choctaw, but also as if a bowl, of donation, of food. ‘Kindred Spirits’. 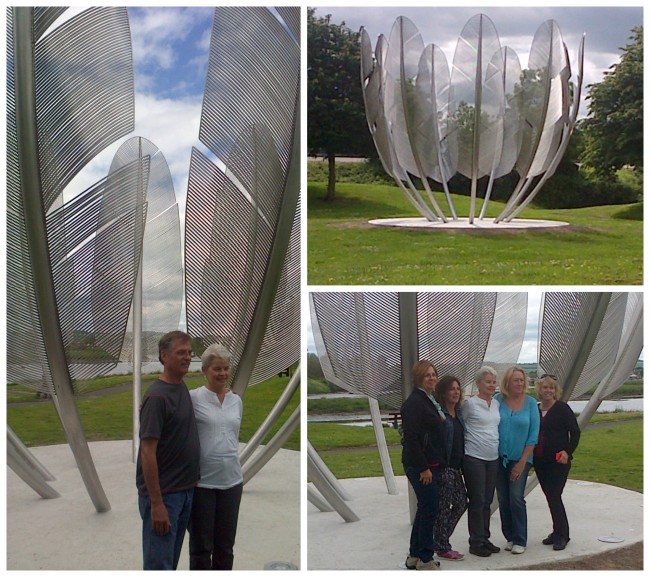 When, early in a tour, someone comes to you and asks if you’ve heard of place A or B; or expresses an interest in a topic; is there any chance that we might include this or that in the tour, of course, we want to be able to respond with a ‘yes’. Quite often, due to geography, timings, other components of a programme, it cannot be done – everyone is accepting of that. It makes it all the sweeter when it can happen, however.

Thank you to Anita, Georgia and others for a moment of new discovery. Connections made.

Hands of friendship across the water.

One thought on “Hands of Friendship Across the Water”