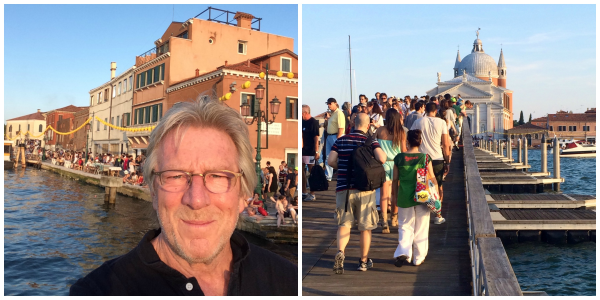 I had never been to Venice during the Festa del Redentore.  It is quite a spectacle.

Historically, the festival is a celebration of the end of the 16th century plague when 50,000 Venetians died.  The Santissimo Redentore Church, on the Giudecca Island, was designed by Andrea Palladio as a mark of thanks by the survivors of the plague.  It is a remarkable sight from across the bay.

The celebration takes place on the third Sunday in July.  As with all ceremonies in Italy, it has taken on a festive air in spite of its melancholy origins.  It is basically a party.

On the day that I was there, the weather was beautiful and warm and Venice already was bustling with its fair share of tourists.  Add all of the locals to this mix as well,  along with colored garlands, balloons, and makeshift restaurants around the waterfront, and you have a fun atmosphere.  There are literally hundreds and hundreds of boats that come into the water that separates Santa Maria della Salute from the Redentore Church.  A pontoon bridge is created to connect one island to another as it has been the way for hundreds of years. 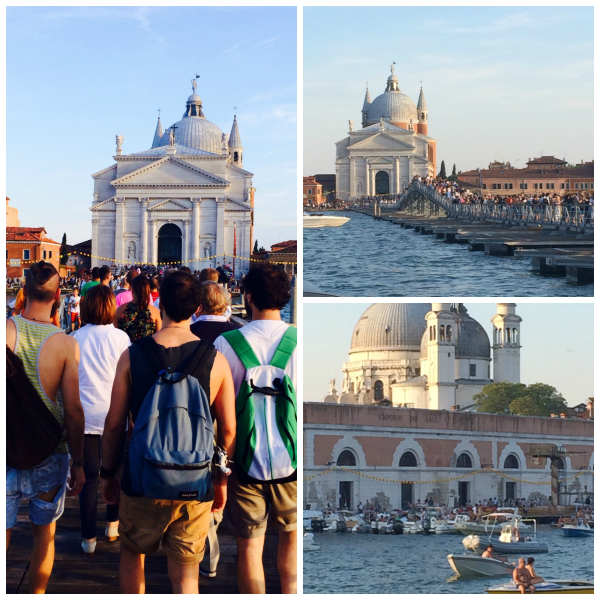 At the magic hour of 7:00 pm on the Saturday evening, the bridge is opened.  The bridge remains open until the fireworks at 11:00 pm which incidentally last a full hour and are shot into the night air from a string of pontoon boats which sit equidistant from San Marco and the Giudecca.  It is semi-casual.  People probably get too close to the firework pontoons and goodness knows where the rockets end up landing but no one gets hurt and everyone has fun.

There is an absolute festival atmosphere both on the water and in the restaurants and bars that dot the perimeter of the Giudecca and the boardwalk beyond San Marco and down towards the Arsenal.  At the end of the fireworks, a siren blows, the boats all head back to their homes (probably at the Lido or beyond), and the bridge is open again until sunset of the following day.  The Lido becomes party-central and restaurants and bars stay open until the dawn.

The magical 24 hour bridge that connects the Giudecca for a single day in the year is taken down and on Monday the steady stream of traffic flows along the canal once more.

It is ironic that the Santa Maria della Salute, a beautiful  Baroque church that sits facing Piazza San Marco, was also built to celebrate the end of another plague in nearby Mantova.  A ceremony celebrating this church takes place in November and is also symbolized by the joining of the Campo Santa Maria del Giglio to La Salute by a pontoon bridge.  Sometimes there is nothing like a plague to inspire great architecture and a fantastic party.

I could not resist stopping the car and asking the guy standing in the middle of the traffic circle a question.

I wasn’t really lost but honestly it was like I had rediscovered an old friend.

There he was with his gloves on, conducting traffic, no traffic lights to bother him, and the cars, even in this chaotic country, obeyed his every move.  There was a guy, whom I recall with fond memories, that stood on a podium at the end of the Via del Corso and the start of the Piazza Venezia in Rome.  He wore white gloves, a very white uniform, and conducted the traffic as if it were a symphony.

The Vespas and motorbikes would stop at his every whim.  Then a glance and a finger pointed and in one fell swoop he would start the traffic flow from one street and stop the flow from another.  I always imagined that the cars and scooters were parts of his orchestra.  Everybody would obey.  A tilt of the head, a look away, a hand to halt an ongoing flow of traffic, and all in constant movement, exhausting, artistic, and beautiful.

I do not see him anymore but in Turin that day, I saw a glimmer of hope. 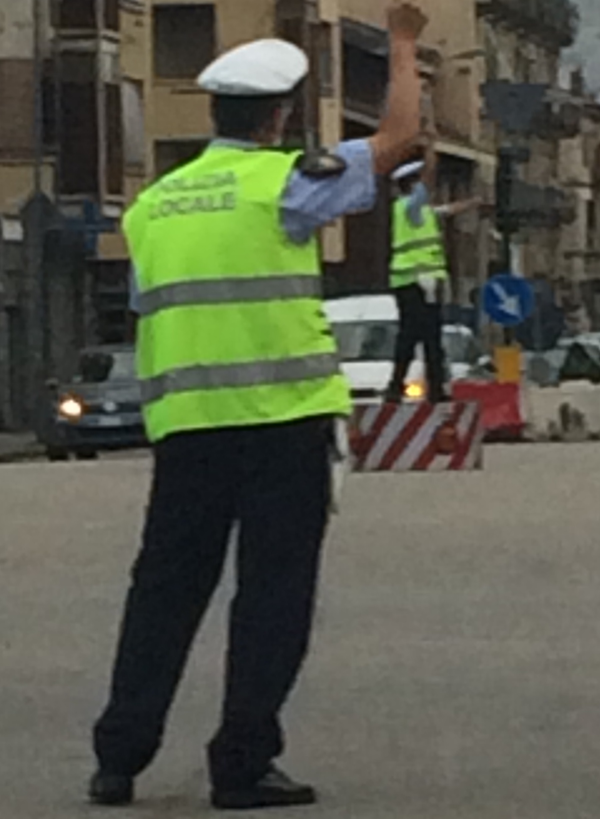 Merano and the Sud Tyrol

It is one of those wonderful Italian moments that you pick up in Northern Italy.

You are driving along the Autostrade, stopping at an auto grill here or an auto grill there, and the further north that you go, you start to see the signage change.

If you trace the River Adige to its source high up in the Alps, you suddenly uncover a different Italy —Austrian Italy.  The signs are in German, the bathrooms are perfectly spotless, and everything is organized.  Plus you even get a few Alps thrown into the scene so you know that you are close to Switzerland.

At Bolzano, which is home to the now famous 5,000 year old man, named Ötzi, I chose to take the Autostrade to Merano situated in the Italian Alps and specifically not in the Dolomites which are on the other side of the ridge near Bressanone and Ortisei.

What an incredible place Merano is.  First of all, it is the apple capital of Europe.  I have never seen so many apples in my life.  There are fantastic wines around here as well, notably the white wines.  Because of the thermal springs in the area, Merano has become a world-famous spa resort made famous by the Empress Elisabeth of Austria during the great Hapsburg reign.  Nowadays there is a large, modern spa (not offensive) near the center of town on the Passer River.  It is great fun with the kids or on a rainy day as there are a series of huge hot baths both indoor and outdoor.

Everything is terribly well organized as it would be in the Sud Tyrol.  From the baths, you can stroll through the lanes along the river front to the castle.  There are also the most famous botanical gardens in all of Europe just outside of town.

The town itself boasts several fabulous restaurants.  Scattered in the hills around the town are standout resorts – some of them with Michelin-starred chefs.  One hotel, the Castel Fragsburg, had amazing food, a brilliant chef, and I could not resist the spremuta of apples and celery with olive oil for breakfast in the morning. 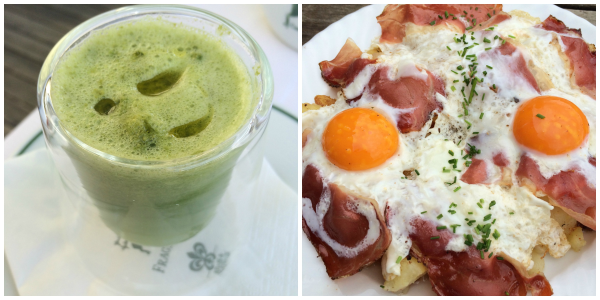 About a 10 minute drive from the hotel is where you can pick up the cable car called the Merano 2000.  It takes you up to around 10,000 feet and from there you can bike or hike with views across the Alps and the Dolomites in the distance.

This place is amazing.  It is an hour and a half from Innsbruck, Austria and three hours from Munich, Germany.  You can visit Ötzi in Bolzano or discover the Dolomites on the other side of the valley.  It takes an easy three hours from Venice.  All you do is take the Autostrade all the way to Verona and then head north.

For my two cents, during the heat of an Italian summer, you cannot beat the diversity and openness of the Italian Alps and Dolomites.  There is plenty of sunshine, clean air, fabulous food, and everything works.  The Italy of dreams!

“In 1978, Peter Jones founded ACIS with a few colleagues, who all believed that travel changes lives. Knowing the important difference between a trip that’s mediocre and one that’s extraordinary, he built ACIS from a deep belief and understanding that ACIS group leaders and participants deserve the best—from itinerary development to hotels to perhaps most importantly, the people hired to guide teachers and students throughout the journey.”
celebrationsItalystaff traveltraveltravel stories