The route from Mandalay International Airport to the town is an extraordinary highway built quite recently. There is absolutely nobody on it. It’s an empty road with occasional cars and more likely a bicyclist from one of the local shanty towns that dot the perimeter of the road.

It was built for the expected boom in tourism that has not yet arrived. Instead of heading straight into the city, we headed for the ancient royal capital of Amarapura.

There we visited the most important monastery in Burma. Here young monks are trained in monastic life. From an early age, every male has to spend at least two periods in his life in a monastery. Most only stay for a week or two, but some stay forever.

We arrived just as they were taking lunch. All food is donated by the town and what is left over is given to the poor. If you haven’t gotten over the omnipresence of monks everywhere, today will help.

Red robed children as mischievous as any kid in any town observing rituals. There are two meals a day in a monastery. Breakfast at around 6, followed by lunch around 11. Cameras clicked and the kids smiled. It was quite moving and yet really strange. 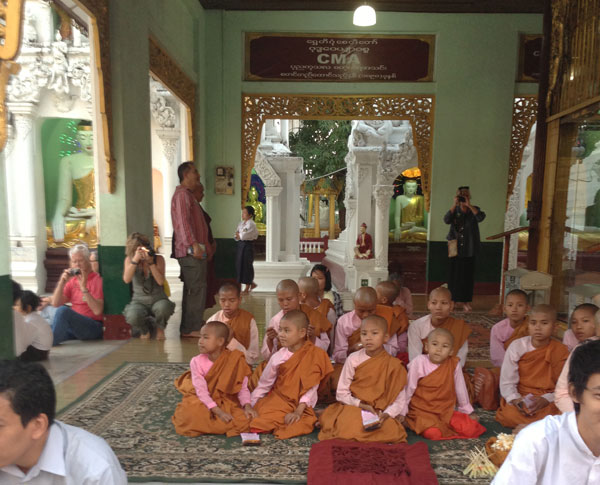 A Tired & Dusty, Yet Mesmerizing Start

We drove to Sagaing Hill where there are more than 600 white covered pagodas scattered around the hills overlooking the Ayeyarwaddy river. It’s considered the religious centre of Burma.

We visited Son Oo Pon Nya Shin, a 12th century temple with incredible views across the pagoda dotted hills. We drove across the reconstructed bridge that the British blew up in the Second World War. After that there was a boat crossing en route to a teak wood monastery by way of horse and buggy through fields of bananas and mangos. There were rice fields and oxen and workers with their conical bamboo hats crouched down planting new fields.

It was hot and dusty so it was a relief to get to the waters edge again and head to the world’s longest teak bridge, the U Bein bridge.

Just to take a walk is mesmerizing. Fisherman standing in the lake looking for butter fish. Everyone crowds around for the sunset here which is truly quite a sight. Kids, mums and dads mingle with the tourists and watch the world on the lake below go by. Heading into Mandalay for a first night is an eye opener as the intense noise and traffic interrupts the peace of the day. Hotel check in. Tired and dusty. 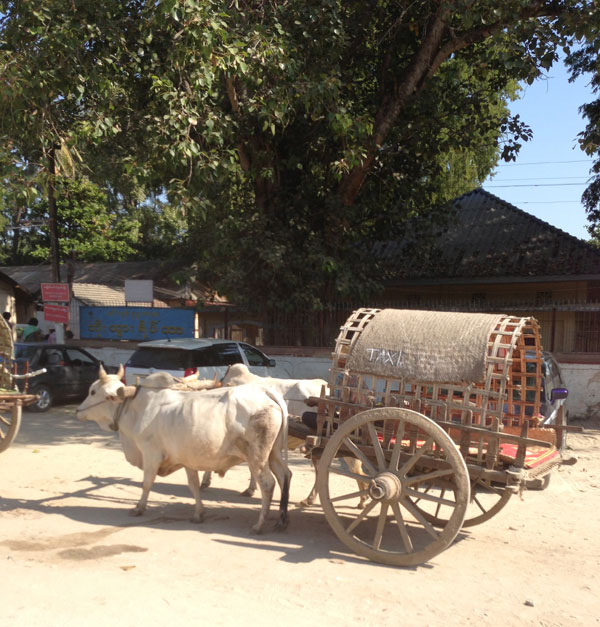 Today it’s back to the Ayeyarwaddy river for a boat ride that will last about an hour. The drive out to the riverbank is full of the bizarre: Monks as passengers on motorcycles weaving through the crazy traffic, buses overfull of people and people clinging to the outside for dear life, and a lot of sporty types working out around the main moat of the palace. There are all these odd fitness contraptions that look wacky, but obviously work just fine.  Lots of early morning fitness folks. No wonder everyone looks in shape.

At the riverbank the boats were waiting. I had to walk several planks to arrive at the boat.  All of the boats had the usual long outboard motor. They move pretty swiftly although the fumes can get pretty rough. So, off down the Ayeyarwaddy we did go.

In about an hour, this huge stupa or temple was clear in the distance. It was intended to be the largest pagoda ever built, but it never quite got finished. In addition, King Bodawpaya wasn’t brilliant at figuring out some basic engineering principles – for example, one should never build something this big on mud! And, if you do, make sure you are not in an earthquake zone.

Mud and a great earthquake took care of the kings dreams to have the largest pagoda in the world, but the remains are still pretty impressive. However, he did leave us with a bell.  It is actually the world’s largest hanging bell (of course it is…this guy was relentless) and the second largest bell in the world.

I grabbed a fried tiny fish from one of the local street vendors and I must say it was fantastic especially for only 300 chats. There has been a remarkable amount of market activities and taxis being pulled by oxen. No time left.  Back to the boat after a quick coconut drink…the rest of Mandalay awaits. 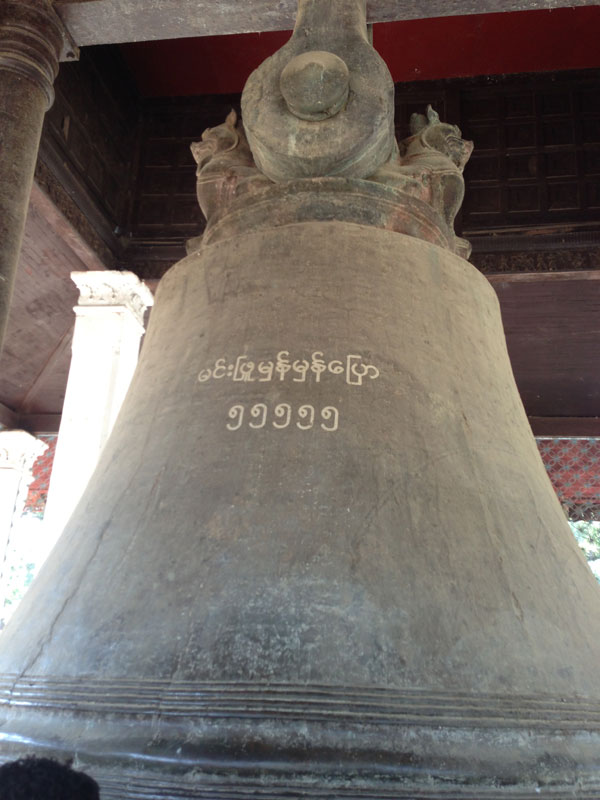 To the Top of Mandalay Hill

In the sunset hours, the best thing to do in Mandalay is either walk, run or take private transportation to the top of Mandalay Hill. It’s a long way and only the really fit opt for the walk or run option, but I took the car option.

On the way there, you can stop at the monastery at the foot of the hill, but the real spectacle is the pagoda at the top. Here the views of Mandalay are nice and you are above the noise and pollution below. It is quite a gathering place for that reason alone. Not that there’s an awful lot to to see as you mainly look out over rice fields and the distant haze of the villages around the Ayeyarwaddy river.

The fun thing at the top is to discourse with the monks. They are floating around up there taking in the sunset, too, and all they want to do is chat. So, if you’re chatty and you want to help them improve their English, it’s quite a delightful way to spend a sunset hour and learn a little about their fascinating culture.

Stay a while. You’re above the pollution so it’s a healthy choice in every way. 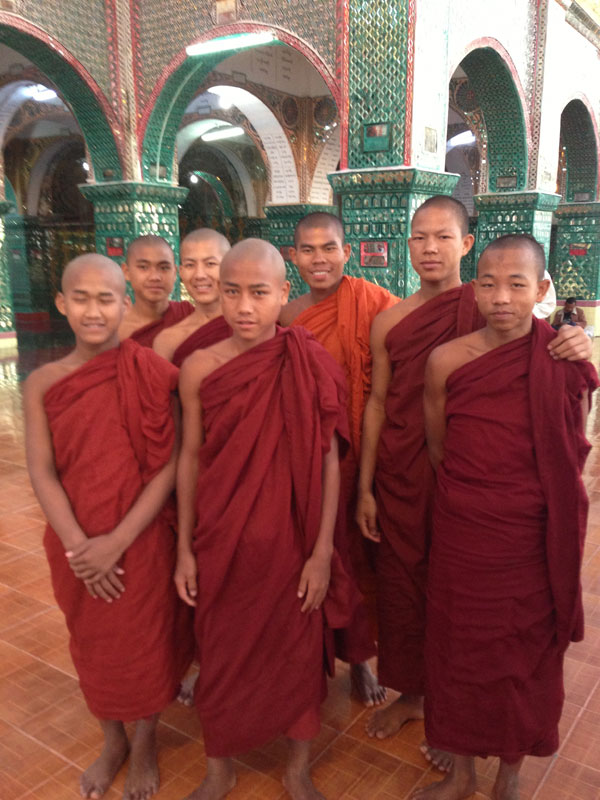 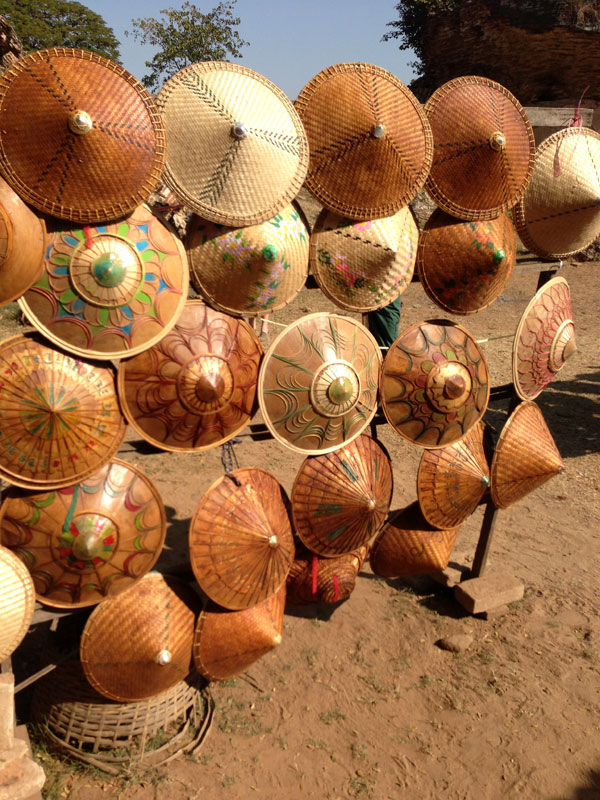 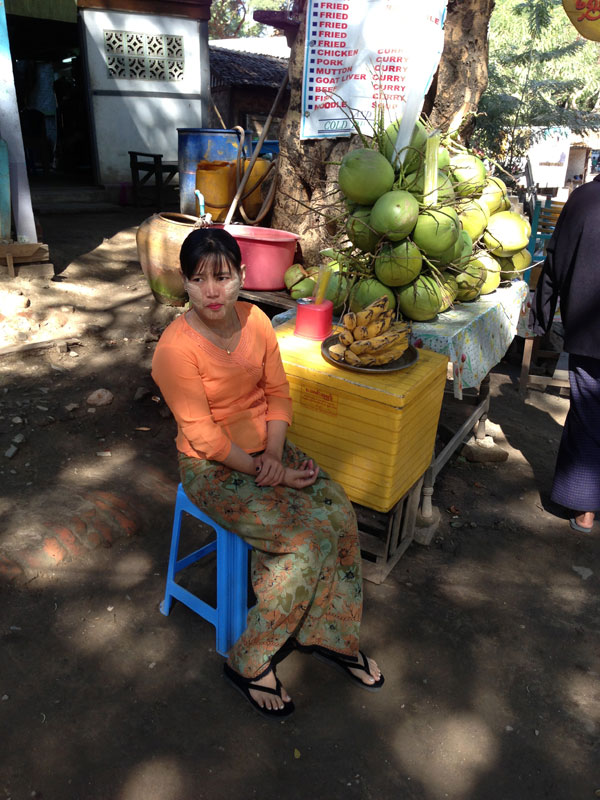 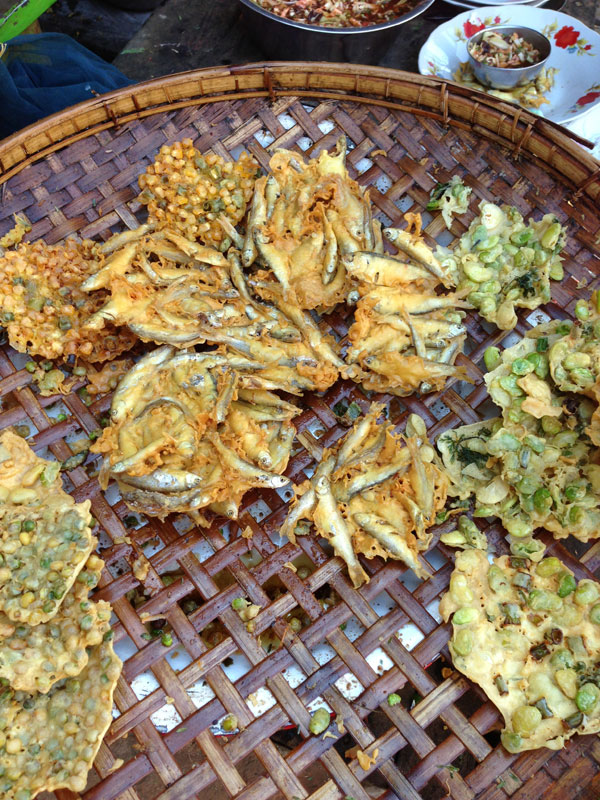 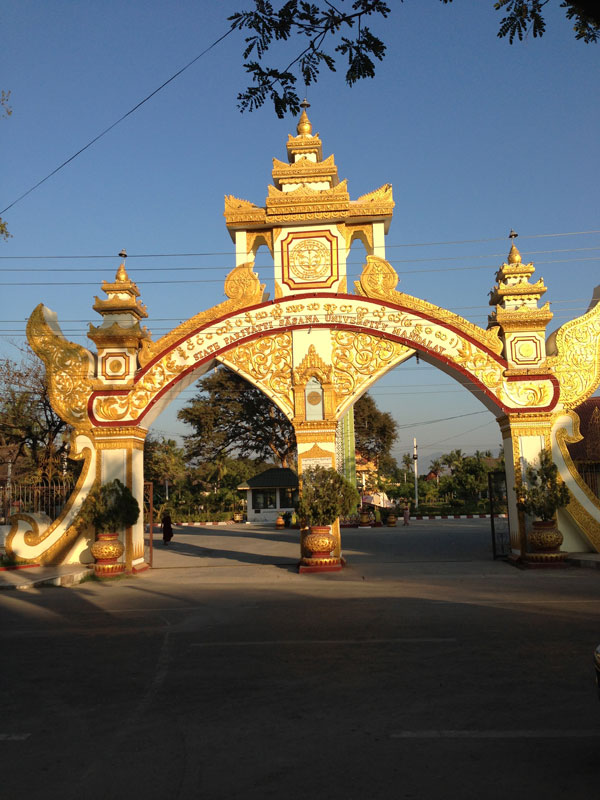 “In 1978, Peter Jones founded ACIS with a few colleagues, who all believed that travel changes lives. Knowing the important difference between a trip that’s mediocre and one that’s extraordinary, he built ACIS from a deep belief and understanding that ACIS group leaders and participants deserve the best—from itinerary development to hotels to perhaps most importantly, the people hired to guide teachers and students throughout the journey.”
Asiatravel stories