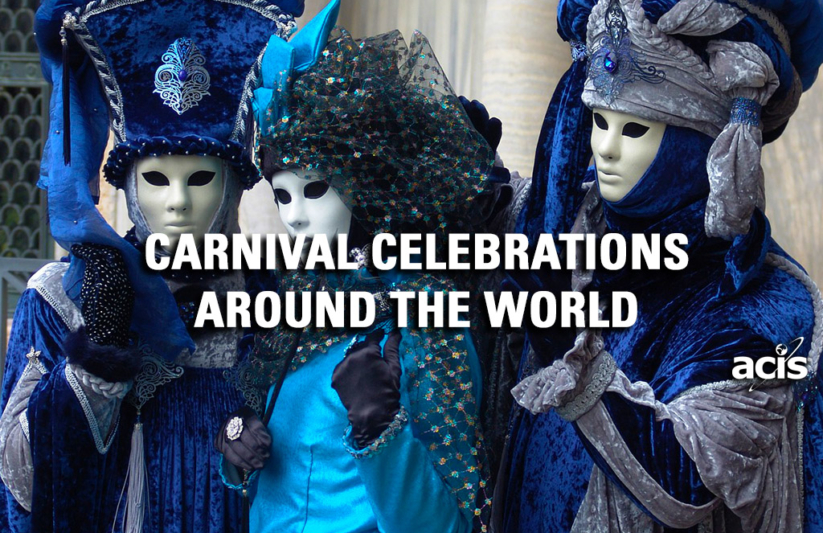 Most Americans are well aware of the purple, yellow and green, the gaudy beads, and the busy streets that symbolize the celebrations of Mardi Gras (translating to “Fat Tuesday” from French). But New Orleans isn’t the only place in the world that hosts elaborate street parades with flocks of onlookers wearing outrageous outfits every year. These celebrations are paralleled throughout the globe with similar size, purpose, and pizazz. Countries such as Brazil, Italy, and Haiti (just to name a few) are known for holding similar festivities known as Carnival. It may be surprising to some that Carnival and its festivities are actually weeks long beginning after the Christmas season and ending with the largest events on “Fat Tuesday” or “Shrove Tuesday,” making this day the most well-known aspect of the holiday.

Although the look of each Mardi Gras or Carnival celebration may vary due to differences in historical value and culture, they all have the same foundational meaning. They represent a time of extravagance and indulgence before Ash Wednesday, the symbolic beginning of the fasting period of Lent that many people of Christian faith practice. Historically, Lent is a time where one is expected to act conservatively and purposely restrict oneself from certain foods such as meat and other sugary, fatty substances as religious obedience leading up to Easter. Therefore, these ornate celebrations came about as a sort of “last hoorah” before weeks of humble piety where people are invited to indulge in all such activities.

Although these Mardi Gras and Carnival arise from religious backgrounds, it’s important to remember that people of all beliefs are welcomed to partake in this fun excuse to dress a little wacky and dance in the streets. One of the most intriguing things about these celebrations is that they can be celebrated globally, but each country has its own way of reveling that has unique historical context. If you ever have the chance, try to celebrate this crazy, but joyous event in one of these beautiful countries! 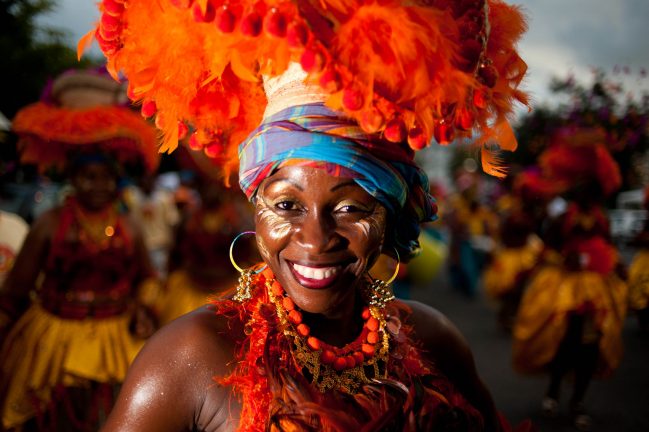 The Haitian Carnival is one that signifies the transcendence of all social barriers to welcome all into one of the biggest celebrations of the year. Over the span of Carnival, Haitians break up their all-night celebrations into 3 parts: the parade of costumes, traveling “rara” bring local flavor, and the parade of huge floats that plays popular music into the night and signifying the end of Carnival. 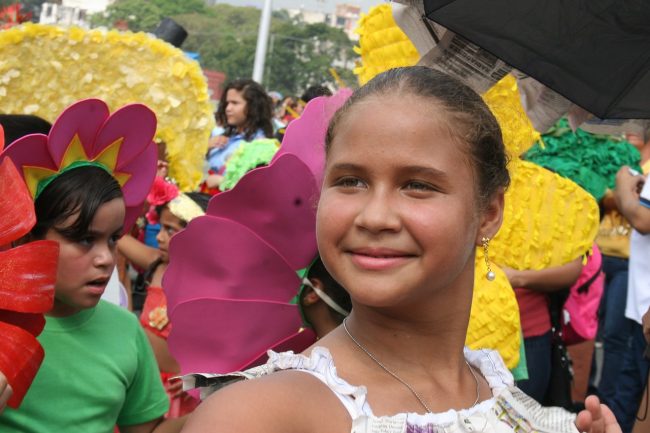 In Venezuela, Carnival is the most celebrated and anticipated event of the year with the most outrageous parties happening in the coastal cities. A unique aspect of Venezuelan Carnival celebrations is their tradition of throwing water balloons for fun (but also to keep cool). However, some people like to freeze these water balloons making them dangerous so watch out! 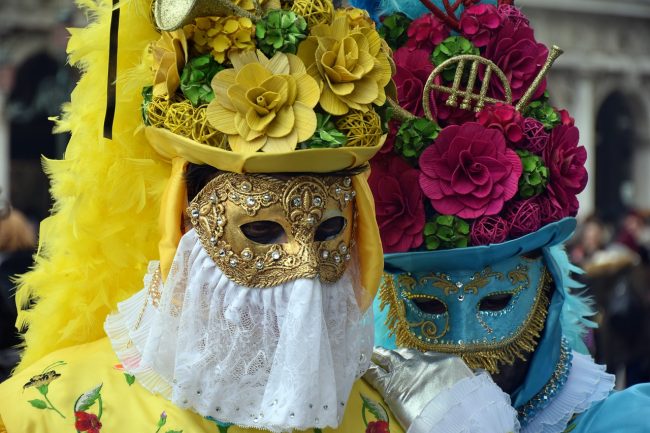 Italians take their own spin on the outrageous fun of Carnival with their disguises and masquerade balls. Historically, Venetians were allowed to wear masks from the end of the Christmas season to Shrove Tuesday before lent as a way of shielding their identity and social status. Today, it marks a fun widespread tradition that makes Carnival celebrations and masquerade that much more entertaining and mysterious. 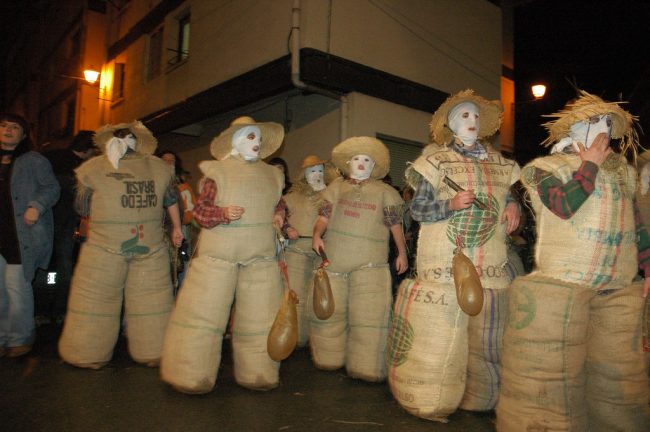 Carnival parties in Spain are just as wild and lively as you can imagine with the most intense celebrations happening in the Canary Islands. In the above picture, you can see a unique village Carnival event where men are dressed in “zaku zaharrak” meaning “old sack.” Around sunset, these men cover their faces with white handkerchiefs, stuff themselves into sacks full of straw, and hold a stick with an inflated animal’s bladder used to hit people as they parade through the streets. I wouldn’t want to get in their way! 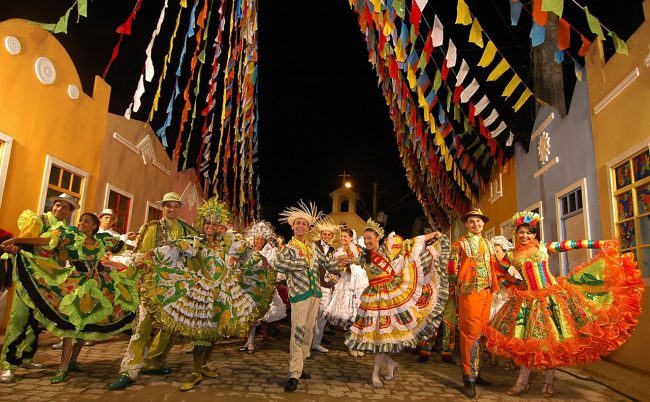 New Orleans and Rio most likely tie for the wildest, most extravagant Mardi Gras or Carnival celebrations throughout the world. Celebrations in Brazil draw about two million people per day onto the streets for the parades and dances. For Brazil, it’s all about music and dancing. The most famous dance is known as the samba which is a Brazilian dance with African influences that is performed in line with historic Brazilian movements. These highly orchestrated parades and dances are truly a work of art that takes months of planning and practicing.