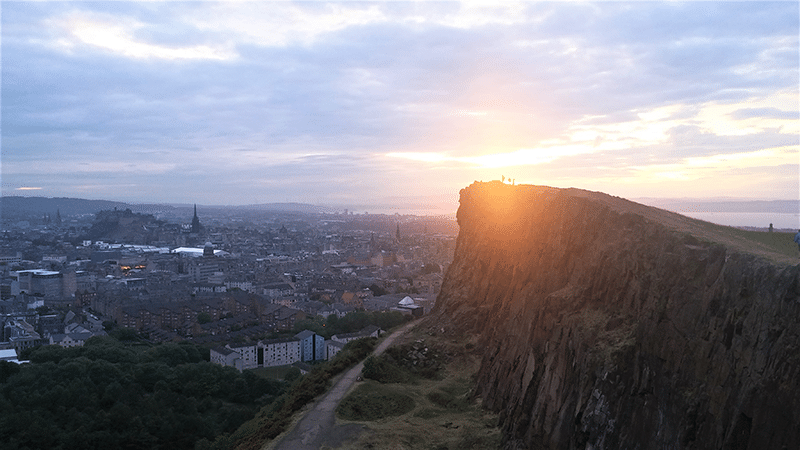 Edinburgh, Scotland’s capital city has seen human habitation for well over two thousand years, but if you were to go back 350 million years ago it was the site of an erupting volcano. What that means for today’s keen photographers is that there are many vantage points either man-made or hewn by Mother Nature that will provide you with spectacular spots to make the socials sizzle. And most of them won’t cost you a penny. Here are our top 6 picks (because 5 just wouldn’t cover it).

1. The one you have to pay for – The Scott Monument

Even its nickname of the “Gothic Rocket” is gloriously over the top. But there it sits on Princes Street, the world’s largest memorial to a writer, Sir Walter Scott. Many take photos of it, but just as many don’t realise that if you are willing to hand over some cash and are able to deal with 287 narrow steps, there are some stunning vistas from its three viewing platforms. Great for shots of the New Town or Skyline of the Old Town. (Currently £8 adults £6 students.)

2. The one where you look up – Ross Fountain, Princes’ Street Gardens

For most of these suggestions you go up, to look back down for the perfect picture post. Here we flip it. Descend down into what was once the Nor Loch, but is now the beautifully maintained Princes Street Gardens. And if you get the angle just right you have the Ross Fountain framed by the iconic Edinburgh Castle sat atop a magnificent lump of volcanic rock. The Fountain was constructed in 1872 and was restored in 2018 at a cost of nearly £2 million pounds. It takes the name of its benefactor David Ross.

3. The one off the beaten path – Circus Lane

If you want to be considered one of the Edinburgh Instagram Cognoscenti then you may have to put in a little bit of footwork. When developers decided to extend the New Town, this narrow, cobbled street in the Stockbridge area of the city was solely created to provide access to the stables at the back of the much grander Royal Circus. Little did the Georgian city planners know that over 200 years later their little lane would be considered “Insta-fabulous”. If you do find yourself here seeking that one amazing shot, please give consideration to the residents. Thank you.

4. The one for summer sunsets – Calton Hill

The easiest of Edinburgh’s hills to climb and the one located closest to the city centre at the east end of Princes Street. There are a several historic buildings and monuments at the summit – a new arts collective in the old Edinburgh Observatory and memorials to lives lost in the Napoleonic Wars. But it is the view looking back to the Old Town and the Castle that draws many tourists here. Top tip – in the height of summer when the sun sets over the Firth of Forth just after 9 p.m. this is the perfect spot to capture those “Golden Hour” shots of the capital. But you will not be alone with many people from around the globe intent on also capturing the moment.

5. The one for the most far-reaching views – Arthur’s Seat & Salisbury Crags

Sneaked in a 2 for 1 deal for you here.  Next door neighbours in Holyrood Park. At 823 feet above sea level Arthur’s Seat is the highest point in Edinburgh. The summit can be reached in under an hour from the city centre hotels and from the top the views are well worth the hike. To the north the Scottish Highlands, to the west Ben Lomond protecting Glasgow, the south the Pentland Hills and out to the east the North Sea – next stop Norway. It can be breezy up there, but after your exertions, that is usually very welcome. Salisbury Crags a single sheet of tough dolomite rock formed 325 million years ago helped local man James Hutton in the eighteenth century to explain theories on the formation of the earth which earned him the nickname “Father of Modern Geology” Just don’t get too close to the edge in pursuit of that photo!!

6. The one with the history – Edinburgh Castle

The location around which the city that we see today began to grow. No massive fortress wall for this castle. You’ll understand why when you visit. From Margaret’s Chapel the oldest surviving building in Edinburgh constructed in the mid twelfth century the views stretch out to the north across the Firth of Forth to the Old Kingdom of Fife. Now of course the Castle charges an entrance fee, but a Castle tour with one of Edinburgh’s renowned local guides is included on all ACIS Classic and Insider tours, so there is no excuse not to be able to capture your picture-perfect Edinburgh moment. 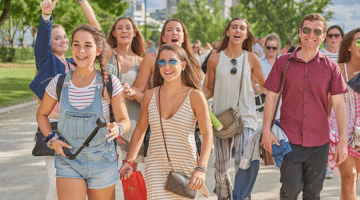 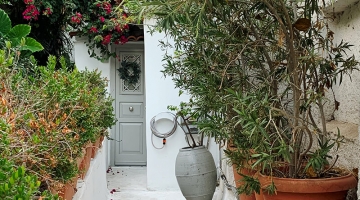