Looking for discounts, World Traveler Rewards, and more?
Travel Deals
I am a soccer addict.  I have been one for my whole life.  I have lived through World Cup wins and more often defeats, Champions League victories and many defeats, and I love the buzz of the game, the stadiums, the fans, and the colors as the lights illuminate the spectacle and change daytime into night.

It’s a pageant and a combat of gladiatorial proportions.  Out on the pitch at the end, victors stand triumphant over the defeated and deflated bodies of the losing team.  It is pure theater.

At the Estádio de Luz, S.L. Benfica’s beautiful home stadium in Lisbon, I saw the Champions League final.  The teams were Real Madrid C.F. against its neighbor Atlético Madrid (Atléti).  There were two teams and one moment of cruel magic which turned the game upside down.

Every year I travel to the Champions League finals and have seen these breathtaking moments before.  There is the penalty kick that goes awry, the last minute equalizer, and the tired bodies dragging themselves through what seems like a marshland of swamp, cramping, and calling on every reserve in their body as they wait for the end – the glory, the ecstasy, the victory, or the agony of defeat.  In the end, one team stands there watching the other team rejoice but both teams know the chances of being there again next year will be stacked against them.

Bart Giamatti, the great commissioner of baseball, said it all when he talked of his beloved sport: “It breaks your heart; it is designed to break your heart.  You count on it, you rely on it to buffer the passage of time, and then when you need it most, it stops.”

The soccer season is the longest season in sports.  The Champions League final is the ultimate game that brings together the two top teams in Europe and arguably in the world.  The game can last for just 90 minutes or the heartbreak of extra time and potentially a penalty shootout can occur.  These are moments of sheer delight or absolute nightmares. 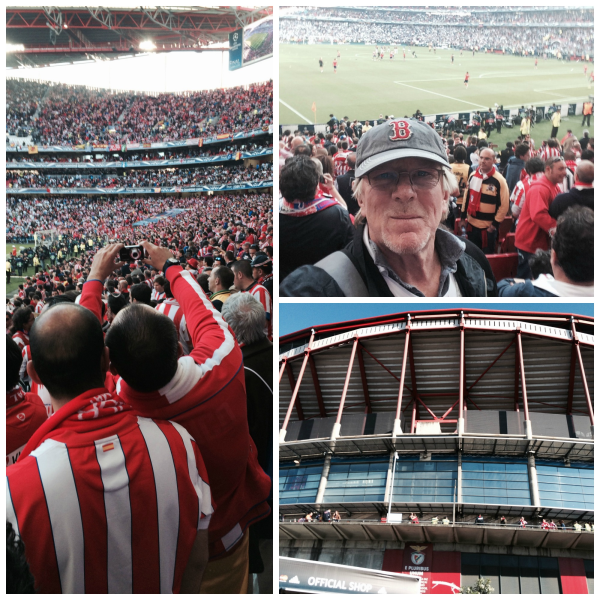 This year it matched up the two teams in Madrid – hardly amicable neighbors!  Goliath against David.  A wagebill of 35 million Euros for the Atléti team compared to hundreds of millions of Euros for the Real Madrid team.  The “rough around the edges” stars with their ruddy faces, the red and white jerseys, a consummate team that leaves everything on the pitch against the pomposity, the arrogance and wealth of the Real Madrid players including arguably the best player in the world, Cristiano Ronaldo.  One could sense the calm of Carlo Ancelotti, the Real manager, against the gritty Don-like figure of the Argentinian, Diego Simeone, the Atléti manager.  A match up for the ages.

The fans sat in their designated areas wearing shirts of their favorite players while fanatically chanting their songs.

According to the Atléti folklore, if you are an Atléti fan then you are a truemadrileño and your home is the Calderon Stadium.  You live and breathe around the gritty streets that surround the stadium.  Your father or grandfather was a Republican during the Civil War and you fought against Franco.

If you are a Real fan, you live in the luxury condos around the Bernabéu Stadium out on the Castellana which is the more sophisticated and modern Madrid.  Your father or grandfather probably supported Franco.  Chances are that you have seen many cups in your time as your team is one of the wealthiest in the world.  You can attract players at any price and you expect to win.

The Atléti fans must fight to win.  One is a team, the other an assemblage of highly paid superstars.  The story is set. 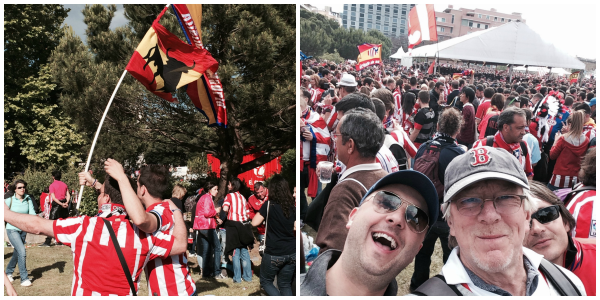 It was a day to remember.  The swaths of red and white spilling out onto the streets of Lisbon before the game, the expectation against the odds of their first victory in the Champion’s League – this was to be Atléti’s day. They took the lead, they held the lead, and then Real Madrid attacked and attacked and attacked.

In that 93rd minute, the cruelest thing in sports happened.

The game changed on a magnificent header and Real Madrid equalized, Atléti’s legs were finished, and the story had turned.  The Atléti fans knew what was coming.  Real went on to score more in extra time.  How close were Atléti to pulling off a remarkable victory?  They were two minutes shy of the fairytale ending.

There will be other battles and other moments as there always are in sports.  The fans who live and die by this game, who love and hate the thrills and the ups and downs, will be back again next year.  As we walked out of the Estádio de Luz at night, it was as if the Atléti fans had lost a loved one.  You could hear the celebrations inside of the stadium but outside it was deathly quiet.  They were inconsolable.  This was no ordinary night.

It is the wonder of sports.  It takes you to the edge, it wrings you out, it makes you happy beyond anything else, and it drops you down into the abyss as if you did not count or care.  But still you come back for more. 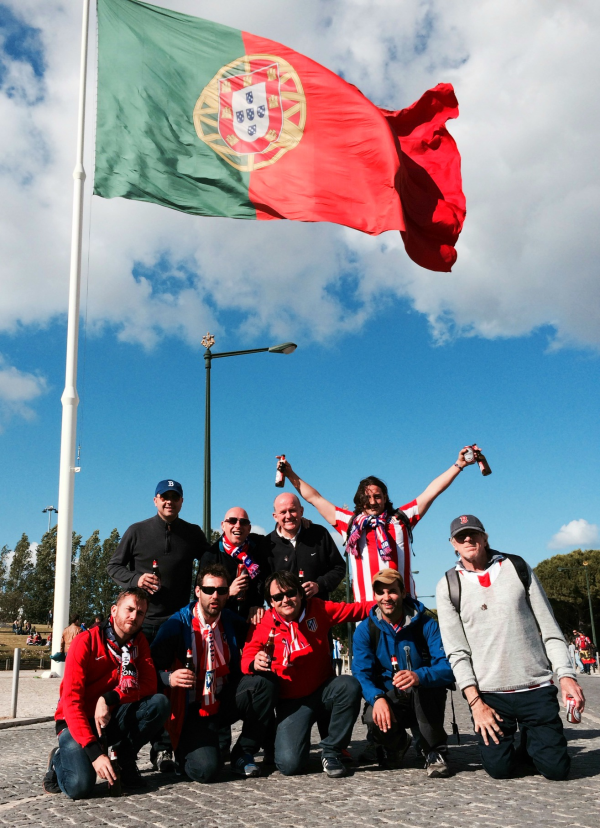 “In 1978, Peter Jones founded ACIS with a few colleagues, who all believed that travel changes lives. Knowing the important difference between a trip that’s mediocre and one that’s extraordinary, he built ACIS from a deep belief and understanding that ACIS group leaders and participants deserve the best—from itinerary development to hotels to perhaps most importantly, the people hired to guide teachers and students throughout the journey.”
Portugalsoccersportstraditiontravel stories