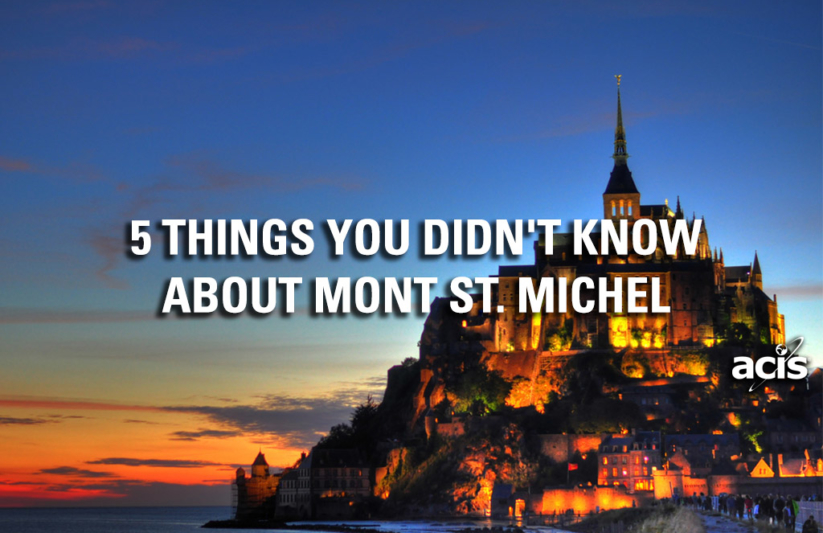 What should have remained a bare rock in the middle of the changing tides and moving sands was shaped by legend, religion, and history to become one of Europe’s most famous and unique landmarks. Perhaps you’ve already visited this enchanting and unexpected place, perhaps you’ve also already tasted the biscuits and omelette for which it is known, but here are a few things that may come as a surprise…

1. Pilgrims Came Here to See a Skull with a Hole In It 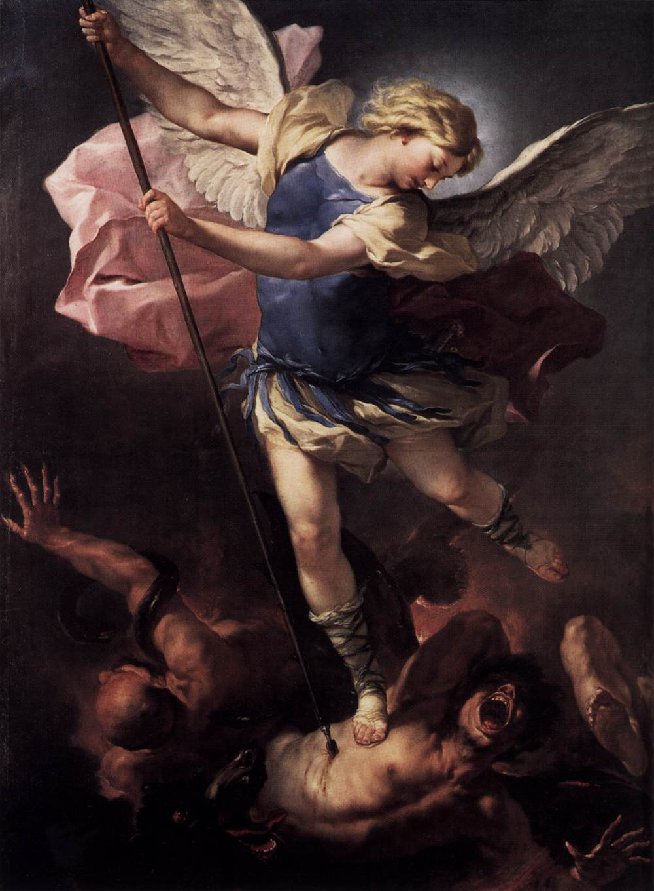 The Mont St Michel housed hermit monks since the 6th century. It was an ideal place for them to be secluded from the world, praying and studying in peace. A few pilgrims would visit from time to time, but it wasn’t until the 10th century that the Mont became such an important pilgrimage site, and it was all because of a strange discovery…

When new building work was being done, a skeleton was found with a finger-sized round hole in its skull. The legend quickly spread that these were the remains of Bishop Aubert, the abbey’s founder and that the hole was where the archangel Michael had poked him, insisting for a third time that he build a sanctuary on this secluded mound. The skull became an important relic and is now housed in a nearby church in Avranches.

2. The Monk’s Scientific Studies Helped to Build the Abbey 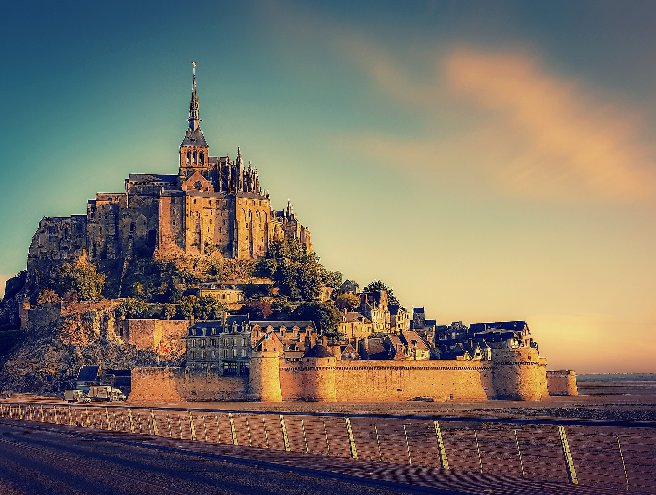 The abbey you see today is only the final phase of centuries of construction and destruction. It took around two centuries to build the first abbey, which then collapsed at least twice in the 12th and 13th centuries due to the bay’s extreme weather conditions and precarious building techniques used at the time.

So the monks set to work, applying the mathematical theories that they were learning by transcribing ancient Greek texts like those of Aristotle and Pliny, to rebuild the abbey. These monks were not only deeply religious men, they were also very learned, some of the only people who could read and write at the time, and they were very interested in science and astronomy. So the Mont St Michel was not only a site of pilgrimage, but a place of learning. 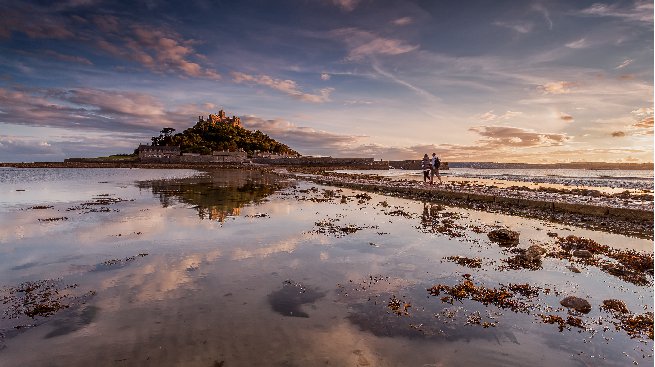 When William the Conqueror, Duke of Normandy, also became King of England in 1066, the Mont St Michel became Anglo-Norman. The influence of this famed site spread across the Channel to England and the Archbishop had another, very similar abbey constructed on an isolated tidal island in Cornwall.

It’s certainly much smaller and less impressive than the French version, but St Michel’s Mount also houses the remains of a medieval church and castle dating to the 12th century. At low tide, you can walk there across the sands, and at high tide, you have to take a boat across. In any case, from a distance, this old English pilgrimage site looks a lot like its more famous French cousin…

4. It’s Been Full of Souvenir Shops Since the Middle Ages 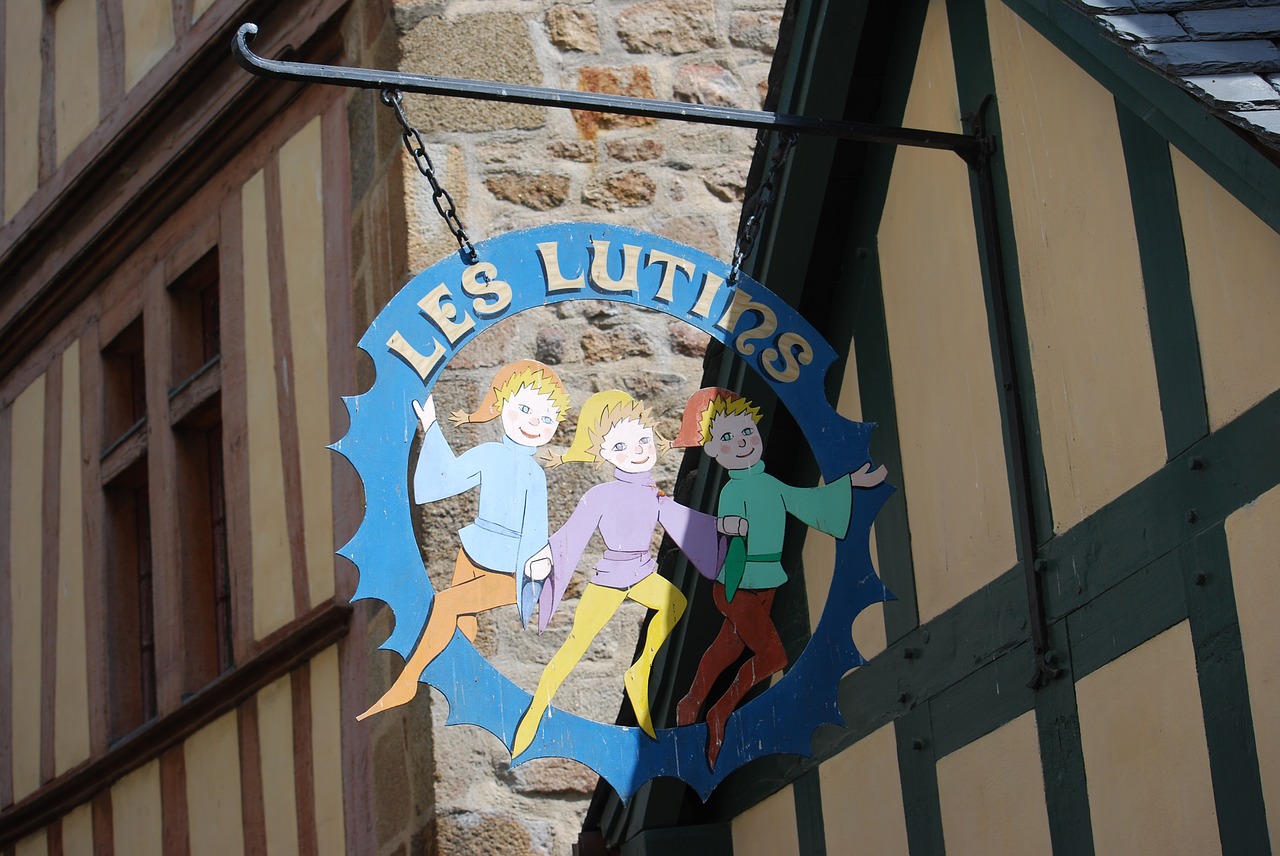 Yes, the hustle and bustle that you experience as you walk up the main village street to the abbey is nothing new. Had you gone to the Mont St Michel as a pilgrim in the Middle Ages, local sellers would have been there peddling all sorts of trinkets as souvenirs (and proof) of your long pilgrimage to this holy site.

They may not have been selling biscuits in colorful metal boxes at the time, but archaeological research has found evidence of little chimes and musical instruments, small metal objects and medals with the symbol of St Michael being sold on the mound. Much like today, these souvenirs were mass-produced. Moulds with the image of St Michael have been found, and these evolved over time. For example, in times of war, when the mound was fortified to withstand invasions, the archangel Michael gained a suit of armor!

5. Its Use as a Prison May Well Have Preserved the Site from Destruction 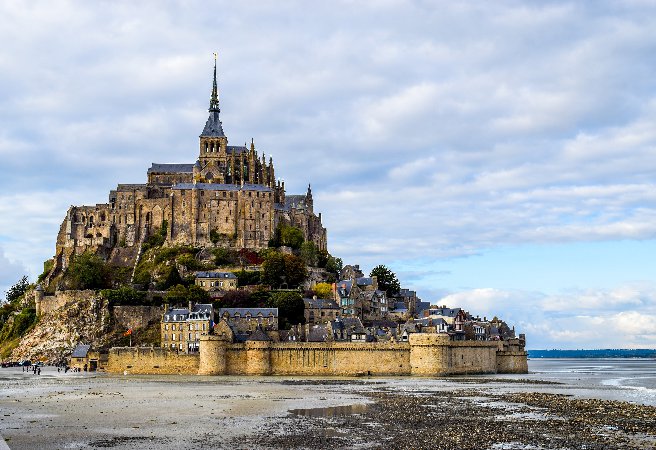 Louis XIV began using the Mont in part as a political prison in the 17th century, but in 1793, following the French Revolution, the whole site became a dreaded prison known as the “Bastille of the Seas”. At its height, 14,000 prisoners were held there. Even the church was split into three stories to house all the wretched prisoners in conditions which later scandalized Victor Hugo when he went to visit.

But this macabre use may have been the Mont St Michel’s saving grace. Since all the monks were driven out following the Revolution and monasteries closed down, the abbey would likely have been taken apart and used as a quarry. The concept of preserving cultural heritage sites only came later, after Napoleon III closed down the prison. In the late 19th century, restoration work was done and the gilded sculpture of St Michael added to the church spire. Since 1979, the Mont has been a UNESCO heritage site, so hopefully, this astounding place will remain preserved for generations to come.