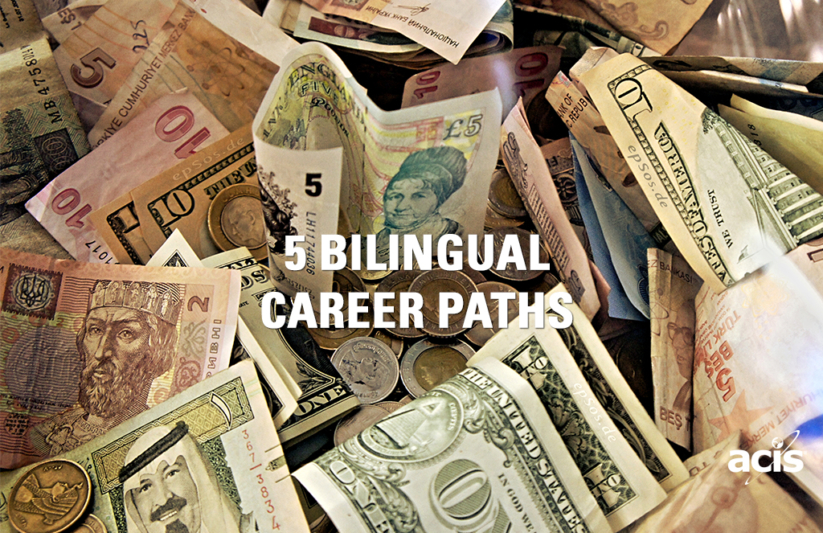 The ability to speak a second (or third) language opens countless doors in life. In a day and age where translation apps and phrase books are abundant, it’s increasingly evident that making a connection with someone in their native language is far and away the most powerful way to bridge a cultural divide. Learning to speak a foreign language helps you learn and grow, but did you know it can dramatically help your career?

A recent report from the US Census Bureau revealed that more than 55 million people in America – around a sixth of the population – speak a language other than English at home. Whether you plan to stay in the United States, or you harbor aspirations to live and work abroad, learning a second language will pay dividends for the rest of your life.

Whether it’s Spanish, Mandarin Chinese, French, German etc. here are five industries in which the ability to speak a second language will dramatically improve your chances of becoming gainfully employed:

Whether you want to become a doctor, nurse, social worker, medical interpreter, or technician, the ability to interact with patient populations quickly and efficiently in their native language is a vital skill. Hospitals and medical facilities throughout the United States serve people from a wide array of cultural and national backgrounds. International medical organizations like Doctors Without Borders are always looking for passionate people with language skills compatible with the populations they serve.

All international government agencies actively recruit bilingual workers. Languages like Spanish, Mandarin Chinese, and French are all in high demand. If you like the idea of someday working for an embassy, The Foreign Service, joining the Peace Corps, or working as a translator, language skills can be your ticket to an international career.

In a globalized world, our economy is increasingly dependent on international trade and commerce. Workers who can service clients in foreign countries in their native language and deal in foreign currencies are a major need for any multinational organization. Finance is as competitive a field as there is. Language skills are a fantastic way to distinguish a candidate from the rest of the pack.

In today’s economy, education is another extremely competitive field. Anything you can do to improve your chances of earning a job is extremely beneficial. Teaching a foreign language is one fantastic career path; foreign language skills can also earn you a job in a bilingual school teaching another subject or teaching English as a Second Language. If you want to work in a school outside of the classroom as an administrator or counselor, being bilingual can open doors to a wide array of schools with a diverse student and parent population.

Whether it’s simply being able to communicate with the community which you’re policing, or climbing the ranks to become an investigator or detective, language skills can markedly improve your career chances in law enforcement. Obtaining the necessary information to solve a case or identify a growing problem without the help of a translator could provide the critical difference in solving a case and saving lives.

By no means is this an exhaustive list: customer service, hospitality, social services, tourism, the list goes on and on. Learning a second language is always a worthwhile investment.