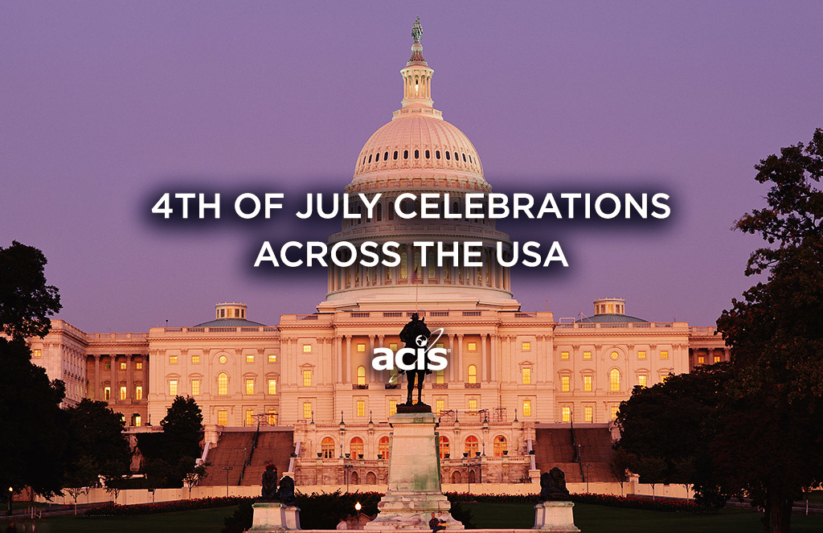 When you think of celebrating America’s birthday you probably think of fireworks, cookouts, diving into a pool on a hot Summer day and time with family and friends. But this year, as America turns 238, maybe you are looking for something a little more unique to do to celebrate the Birthday of the red, white and blue. Here are some suggestions from around the U.S.A.!

Dozens of venues around the city will have activities and events to celebrate the holiday, including:

We hope you enjoy your 4th of July no matter where you are celebrating from Sea to Shining Sea.

And, if you want to travel to destinations across the U.S. (or Canada) with your class and join the tens of thousands of teachers who entrust creating an unforgettable educational experience to ACIS, download our USA/Canada brochure to learn what makes ACIS unique, where our journeys can take you and what a day on one of our tours looks like.

If you’d like to chat with one of our program coordinators about program options, pricing and customization, email Ariana at abreckner@acis.com.