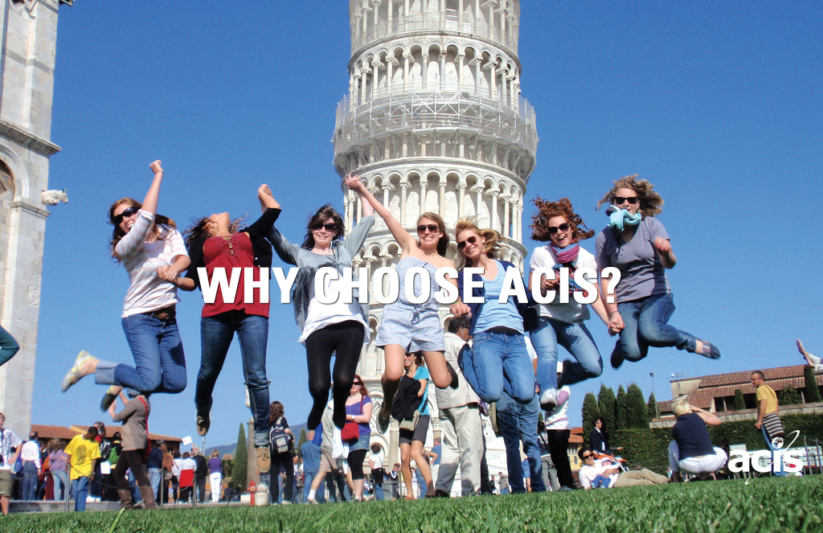 Last fall, we launched a series of videos highlighting what makes traveling with ACIS such an exceptional experience. We touched on things like centrally located hotels, quality meals, timed entrances to museums, access to nighttime activities and our ability to solve problems quickly.

We were curious: what other reasons would our teachers and students cite if we asked them why they chose ACIS? We put the question out on social media, and we were floored by the number and quality of responses. Here are ten of our favorites:

#WhyChooseACIS Amazingly professional people who take care of every detail to give you the experience of a lifetime! pic.twitter.com/21V2Z7mBNu — Taylor Blanton (@APUSHCrusader) September 30, 2015

#whychooseACIS because it WILL be the best 12 days of your life pic.twitter.com/ryx5dD8gFR

#whychooseacis because I wouldn’t have been able to see Prague otherwise! It is a very rare experience, so go for it! pic.twitter.com/geMTkRtEoz — William Murphy (@Tzarious) October 6, 2015

#WhyChooseACIS You get to see and do some pretty unforgettable things and make long life friends ☺️ pic.twitter.com/NQCMRJu1Os — Taylor S’moregan (@taymackenzie21) September 29, 2015

#whychooseacis because you don’t get to wake up to views like this with your best friends if you stay in pa pic.twitter.com/TgEkaZvvK5 — caryn knott (@knottkaren) September 29, 2015

Why do you choose ACIS? Let us know in the comments section below!

Want to know how ACIS stacks up against the other travel options?
This checklist will help you determine exactly how we compare.