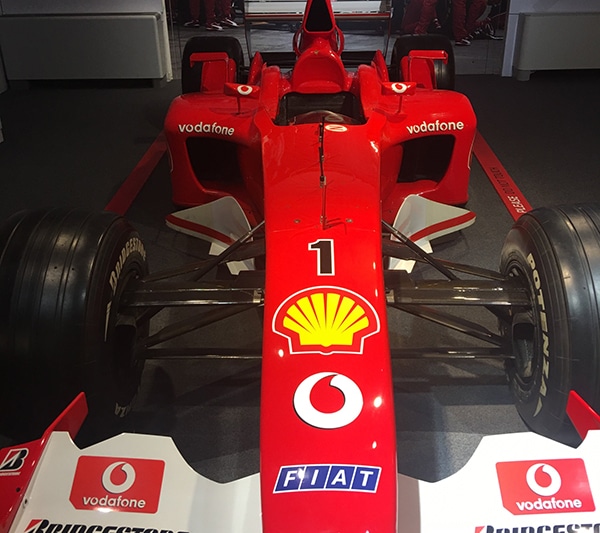 Visit the Museo Ferrari on your School Trip to Italy

It is one of the Italian icons. Alongside pasta, pizza, Renaissance and tacky politicians. It is red, fast and makes heads turn. Generates envy or admiration. It is, in one word, Ferrari. Probably the most famous motor brand in the world. The dream of hundreds of thousands of men and women, was set up in a garage, in the twenties, before starting up companies in garages was trendy. It was the creature of a single man with vision and ambition: Enzo Ferrari. What you’ll see when you visit the “Museo Ferrari” on your school trip to Italy.

Born in Modena in 1898, Enzo decided, or so the legend says, to create a racing team on a day trip to Bologna, where he saw a car race. He was 10 and was literally blown away—not only because he was a little boy standing on the side of the road and cars were going fast. After that experience, he had caught the bug, and it all began there and then. Once he grew up and basically was able to reach the pedals, he started his career as a racing pilot: 10 years racing for Alfa Romeo.

The Raging Horse, a Story About Ferrari’s Iconic Logo 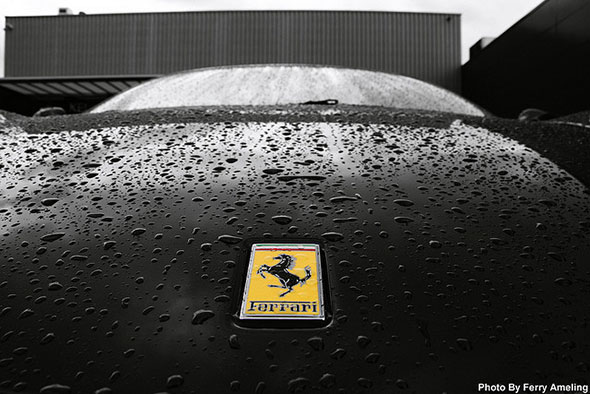 But racing cars around the track was not his main ambition, also because let’s face it, he was not the fastest guy out there. Enzo was burning with desire of creating his own racing team. And so he did. In 1929 he started tweaking Alfa Romeo cars, branding them with the iconic “black raging horse.”

Now, here’s an interesting story. The use of Ferrari’s logo was authorised by the family of a legendary aviator, Francesco Baracca, who had it on his plane when he died. The yellow in the background is the colour of Modena, Enzo’s town. Now, if you look carefully on Porsche’s logo, there is a raging horse. So, who is more entitled to use it? It is a hard one to answer, but the horse is also the logo of the city of Stuttgart, where Porsche is from. Baracca painted it on its plane as a medal of honour, after having shot down a plane from Stuttgart. So, the logos of the two main sports car producers actually have a common origin.

The Mecca For Fans of Sports Cars

In 1950, a new championship is set up, and named Formula 1. Ferrari is among the first teams to join, but it was no pleasure cruise. Imagine a little bee, an harmful insect fighting against big mammals. Or David versus Goliath. That was the Ferrari team competing in Formula 1. Opponents were big brands back then like Talbot, Alfa Romeo and a few years later Mercedes. In 1951 the first of 221 triumph in the most advanced car competition series. Nowadays the Scuderia Ferrari is the most successful team in Formula 1 history, led to victory in every corner of the world by legends such as Tazio Nuvolari, Nicky Lauda, Gilles Villeneuve, Alain Prost, Michael Schumacher and Fernando Alonso.

At the centre of this world, a village of just 15.000 inhabitants. Maranello, in the region of Emilia Romagna. The place where Enzo Ferrari decided to settle his business once the original garage in Modena had been destroyed in World War II. It is the “Mecca” for the Ferrari fans all over the world. On this site is where every Ferrari that you have ever seen has been made. Each Ferrari that exists has touched ground for the first time. Everyone in Maranello breathes and lives for those cars. Among them, the priest of Maranello: famous for ringing the church bells for every Ferrari win in a Gran Prix. Luckily he doesn’t ring bells for every Ferrari sold! It would be a nightmare, as Ferrari is one of the few car brands in the world that has seen sales increase during the last financial and economic crisis.

Visiting Maranello is a fantastic experience, if you are into motors. If you are more of a cycling person and the sight of red bothers you, don’t go! The Ferrari Museum is a true gem in the area. On display, every single model that Ferrari has ever produced. It is not only a car collection, but it is a journey through the history of design. From the classic, rounded shapes of the 50s, through the futuristic designs of the 70s to the squared and rigid lines of the 80s. Up to our days, with the first hybrid Ferrari, the 599 HY Kers.

But no museum is truly engaging without an interactive bit or a quirky backstage visit. In here you can have both. You can visit the actual Ferrari Factory and the Fiorano track, where every Ferrari F1 car is tested. Next to the track, the house where Enzo Ferrari used to live and in more recent years, where the 7 times world champion Michael Schumacher has his pad.

The interactive bit is given by the F1 simulator. It is a replica of the one used by the F1 drivers to train before races. It provides an accurate F1 driving experience, without the wind slapping your face and with less risk. So basically just the fun side of it! And if you are very good, you can compete in the Official Museum Championship. Unfortunately that’s not where they recruit their F1 drivers.

If after the visit you feel hungry, you can have lunch at the Ristorante Cavallino, where Enzo Ferrari had his private dining room. It is also where nowadays the Ferrari management discuss deals. If you are also lucky enough to be there on a race day, you can watch it for free, broadcasted in the Ferrari Auditorium. Of course, supporting other teams will get you the beady eye.

Owning a Ferrari, Lucky You

Well, I’m afraid but I have very little instructions for you here. But, in case you will purchase one of those beautiful pieces of art on wheels, you should know that every car is unique. The level of customization is simply astonishing. You can of course choose the colour. And red is an everlasting classic. Then rims, parts in carbon fiber, the colour of the interior (and the colour of the stitches. No, it’s not a joke). Then the colour of carpets, seat belts and…break calipers. If you haven’t got a clear idea it could take you ages to figure it out.

But once you do solve the puzzle and own a Ferrari, you are part of the owners club, that organizes events all over the world, including driving lessons. You have to know how to drive one of those cars. During the first lesson they will probably tell you that the engine, engineered to sound in perfect harmony, is at the back and the trunk in front. To prevent you putting your groceries on the cylinders.

If a visit to the Ferrari Museum is not enough, and you are hungry for more, the area around Maranello has much more to offer, for lovers of both fast cars and fast motorbikes.

Maserati, another brand that speaks for itself, is the theme of the Panini Collection. Almost every model is on display there. Pagani, has its headquarter in Modena, and Lamborghini is just a few miles away. If you are reading from the States, you might as well have come across the name Dallara. It is the exclusive car supplier for IndyCar Championship. The headquarters? Just thirty minutes drive (on an average priced car) from Maranello.

When it comes to two wheels, the name in the area is one. And it’s big. Ducati. In Borgo Panigale, on the outskirts of Bologna, you can spend a great day out visiting both the factory and the Ducati Museum. Another red legend. Another Italian engineering excellence.