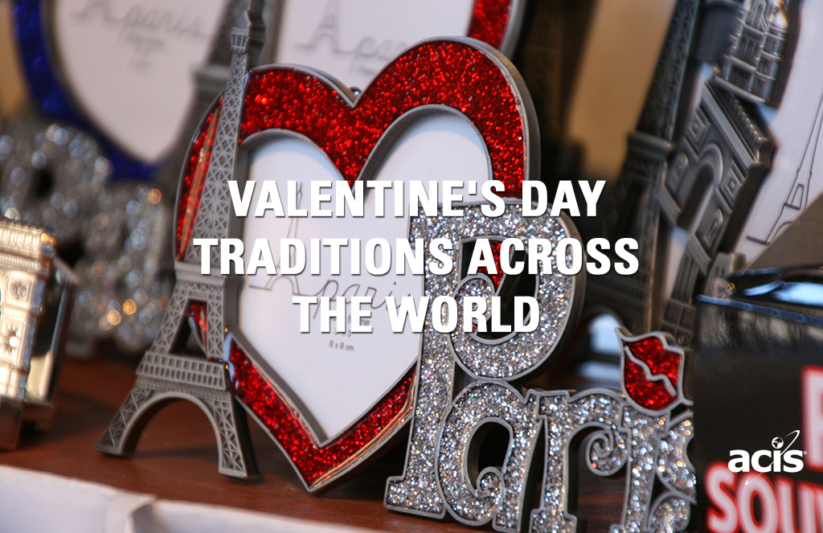 Love it or hate it, February 14th represents Valentine’s Day on the American calendar. While it’s evolved over time into a commercialized holiday that chocolatiers and greeting card manufacturers welcome every year, Valentine’s Day started as a Christian holiday paying tribute to St. Valentine. Celebrations have taken a variety of shapes and sizes over the years across the world, but how who was St. Valentine and how did all of this start in the first place?

Many historians point to the reign of Roman Emperor Claudius II as the origin of Valentine’s Day. He believed Roman men would be better soldiers if they refrained from marrying during wartime, and Bishop Valentine, a Christian priest, went against the Emperor’s wishes by performing weddings in secret. When he was found out, Valentine was put in jail and eventually executed. While imprisoned, he wrote a note to the jailor’s daughter signing it “from your Valentine”.

Like many Christian holidays, February 14th became the official date commemorating St. Valentine due to a pre-existing pagan celebration–Lupercalia. Celebrated at the ides of February, or February 15, Lupercalia was a fertility festival dedicated to Faunus, the Roman god of agriculture, as well as to the Roman founders Romulus and Remus.

One of the oldest and most well-known valentines still in existence today was a rondeau (poem) written in 1415 by Charles, Duke of Orleans. He was writing to his wife while imprisoned in the Tower of London following his capture at the Battle of Agincourt. (The poem is now housed in the British Library in London)

Je suis desja d’amour tanné, I am already sick of love,
Ma tres doulce Valentinée, My very gentle Valentine,
Car pour moi fustes trop tart née, Since for me you were born too soon,
Et moy pour vous fus trop tost né. And I for you was born too late.
Dieu lui pardoint qui estrené God forgives him who has estranged
M’a de vous, pour toute l’année. Me from you for the whole year.

Je suis desja d’amour tanné, I am already sick of love,
Ma tres doulce Valentinée, My very gentle Valentine,
Bien m’estoye suspeconné, Well might I have suspected
Qu’auroye telle destinée, That such a destiny,
Ains que passast ceste journée, Thus would have happened this day,
Combien qu’Amours l’eust ordonné. How much that Love would have commanded.

In Europe in the Middle Ages, young men and women drew names from a bowl to see who would be their Valentine. They would wear this name pinned onto their sleeves for one week for everyone to see. This was the origin of the expression “to wear your heart on your sleeve.”

Here are some known facts and stories about Valentine’s Day in different countries across the world:

In a French Valentine’s Day tradition called “pairing off”, unmarried individuals, both young and old, would go into houses facing each other and begin calling out across from one window to another, pairing-off with the chosen partner. If the young man was not smitten with his valentine, he would reject her. As a result, a bonfire would be lit later where the ladies could burn images of the men who rejected them and verbally abuse him in a loud tone as the effigy burned. This ritual was eventually banned by the French government due to the discord it caused in communities throughout the country.

The Welsh Celebrate St. Dwynwen’s Day on Jan. 25th in place of Valentine’s Day harkening back to the 5th century legend of St. Dwynwen. She fell in love with Maelon Dafodrill but their love went unrequited. Dwynwen, distraught by her love for Maelon, prays to fall out of love with him. Dwynwen was then visited by an angel, carrying a sweet potion which would erase all memory of Maelon and turn him into a block of ice. God then granted Dwynwen three wishes. First she wished that Maelon would be thawed, second that God meet the hopes and dreams of true lovers, and third that she should never marry. All three were fulfilled, and as a mark of her thanks, Dwynwen devoted herself to God’s service for the rest of her life. Dwynwen joined a convent, fulfilling her wish to never marry. She moved to the island of Anglesey and built a Church, which became known as Llanddwyn, literally meaning “Church of Dwynwen”. Its remains can still be seen on the island of Llanddwyn today.

Every Valentine’s Day, the Italian city of Verona, where Shakespeare’s lovers Romeo and Juliet lived, receives about 1,000 letters addressed to Juliet.

In Finland and Estonia, they celebrate “Friends’ Day” in place of Valentine’s Day, celebrating friendship in place of romantic love. Friends buy each other gifts and show appreciation for each other.

Japanese women, usually very reserved and timid in the ways of romance, give gifts of chocolate and romantic cards to men instead of the other way around. Men then reciprocate on March 14th on “White Day” which was a genius invention of the Japanese Chocolate industry.

What Valentine’s Day Traditions do you celebrate? Do you teach your students about any from around the world?

Chocolates of the World