This week’s recipe takes us to Spain where we delve into one of the most common tapas to be found across the entire country, Tortilla Española. This tasty dish is a staple of Spanish food and could be served as an appetizer, tapa, or meal unto itself. According to legend, the first Spanish Tortilla was served to General Thomas Zumalacárregui when he stopped into a young woman’s house and demanded a meal. The only ingredients she had were eggs, potatoes, and onions, so she combined them into a dish. The general enjoyed the meal so much that he popularized it thereafter. Today you can find Tortilla Española in any bar in Spain, but to make it yourself, try out the recipe below!

For more recipes from Spain and other countries across Europe, check out our World Cookbook!

This week’s entry was submitted by Jill Federschneider, International Program Manager from our Boston Office. Enjoy! 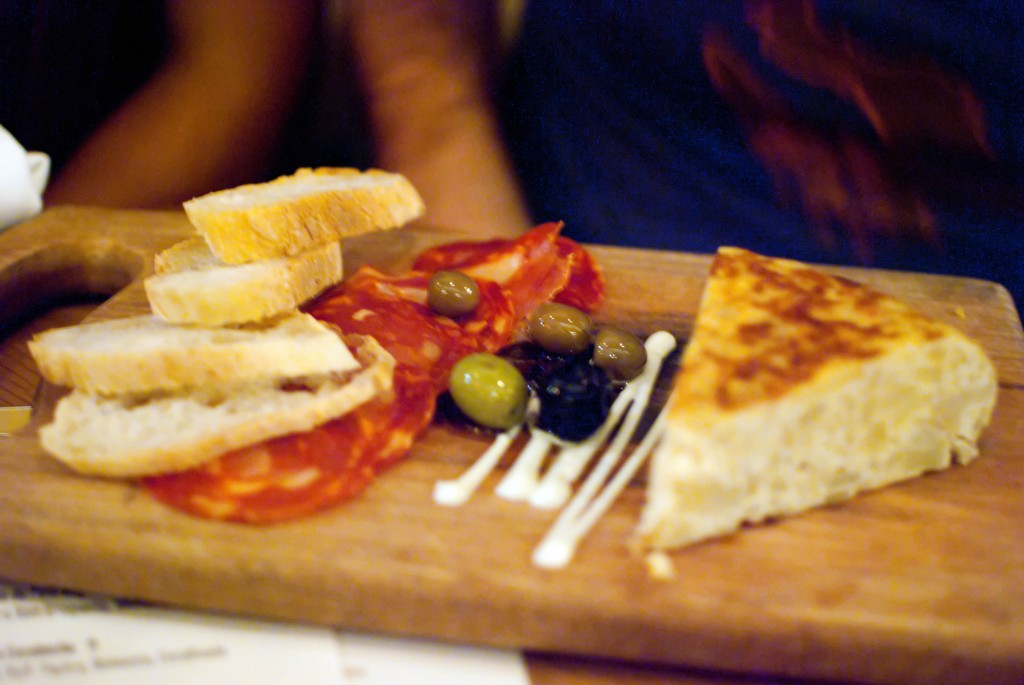 Heat the olive oil over medium heat in a 8” oven-safe skillet. You can use a 10” or even 12” skillet, but know that your tortilla española will end up very thin and more difficult to slice.

Add the potatoes and onion to the skillet, flipping and stirring so that they’re coated by the oil. Fry over medium heat, stirring occasionally, until golden and beginning to brown.

Remove the potatoes and onions to a paper towel to soak up some of the oil, and reduce the heat to low.

Whisk the eggs with the salt in a small bowl.

Return the potatoes and onions to the skillet, and pour the eggs over the top. Cook over low heat for 3-4 minutes, shaking the skillet occasionally so the eggs don’t stick to the bottom. After a few minutes, the eggs should be browning on the bottom.

Slide the skillet into the oven and turn the broiler on high. Broil for 3-4 minutes, or until the top of the tortilla española is cooked through and browned.

Cut into wedges and serve immediately.

If you give the recipe a try, make sure to come back and leave a comment to let us know how it came out!

Recipe of the WeekTortilla Española Recipe