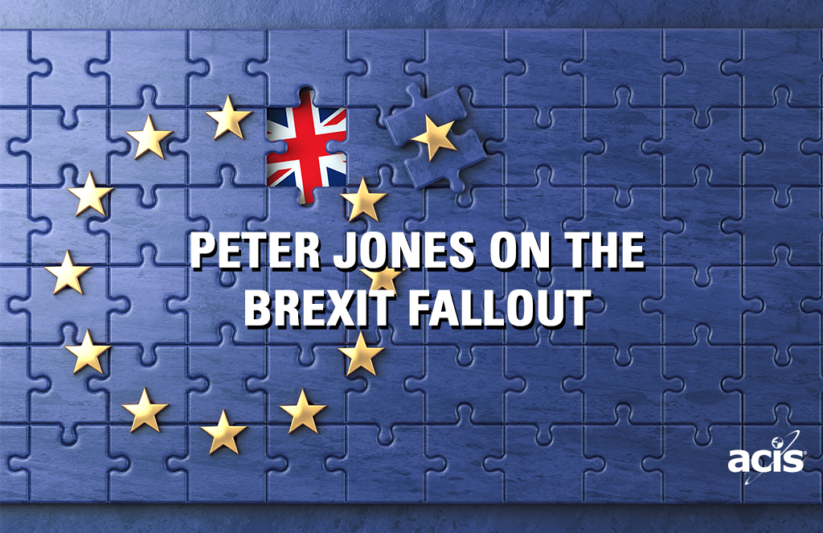 As a Brit living in the USA and holding a UK passport and a USA passport, I had a unique opportunity to work and travel in 29 countries. That changed. The United Kingdom has just experienced a political nightmare. What most thought would be a very passable referendum to remain inside of the European Union sparked such fierce political divisions that the vote went into the night and became a cataclysmic defeat for those that wished to remain in the EU.

The political fallout from this is still happening. The Labor Party, Britain’s main opposition party, has been splintered and almost certainly sidelined for many years to come. The Conservative Party has lost its leader and the Prime Minister. As two populist conservatives, Boris Johnson, the disheveled and outspoken ex-Mayor of London, and Nigel Farange, a leader of the generously named but highly racist Independent Party, became the outspoken leaders for the “leave” camp. Neither of these two villains will see power but they did enough damage to offset the gains made by being a member of the European Union for the last 45 years.

It was a campaign fueled by fears of immigration, laced with racist terms. Bringing “England back to England” banded around with frightening repetition. At the end of the day, England is out. The ramifications of this will be most obvious in the years to come. In a global society, in a global economy, England has chosen to be isolationists fueling the immigrant polemic and walking confidently backward into a “we once were great” illusion. If that is not enough, English hooligans were on display everywhere during the European Championships of soccer. To let you know what you really will be getting if you cut off the supply of bright, young Europeans who come to England to study our language, our culture, and more importantly, to work.

What does all of this mean for the traveler? On a positive note, it means that your dollar will go further because the pound is tumbling and the euro has taken a hit as well. It will probably mean more border checks and as England is not in the EU, the lines will be a little longer on the Eurostar and at the airports. The fact that the United Kingdom is not in the Schengen Agreement which entitles free mobility between 19 countries will make it less of a problem. For the United Kingdom passport holder traveling to Europe, it will mean longer lines and no freedom of movement. It will mean that people will not be able to work freely with a British passport in any of the 27 member states and of course vice versa. It means that in five to six years’ time, London will probably seem a little bit more English and that is not a good thing! I love hearing the sound of foreign languages on the streets of London. It makes me feel that I am in a cosmopolitan city, it encourages languages to be studied, and cultures to be learned.

Europe just lost one of its stars. The United Kingdom is also the second largest economic country in the 28 countries with Germany still as number one. But critically, Europe will still be a trading block of over 450 million people and therefore the second largest trading block in the world behind China and ahead of the USA. The United Kingdom, in addition, may also become somewhat disunited within itself. Scotland, who fiercely voted to remain in Europe, will probably elect to have a referendum and leave the UK. Northern Ireland may do the same. That would leave a very strange United Kingdom. But for us tourists it would mean that we would have to go through border control to get to Edinburgh and the drive from Dublin to Belfast would also have a new border constructed. Maybe we will have a united Ireland!

Of course, none of this will take place right away. Article 50 of the EU is the thing that has to be invoked. That will set a two-year timetable for the unprecedented departure of one of the member states. Thank goodness my grandmother is Irish! I am applying for my Irish passport now!

“In 1978, Peter Jones founded ACIS with a few colleagues, who all believed that travel changes lives. Knowing the important difference between a trip that’s mediocre and one that’s extraordinary, he built ACIS from a deep belief and understanding that ACIS group leaders and participants deserve the best—from itinerary development to hotels to perhaps most importantly, the people hired to guide teachers and students throughout the journey.”
Brexit

2 thoughts on “Peter Jones on the Brexit Fallout”

Around the World With Peter Jones: The Svalbard Diaries 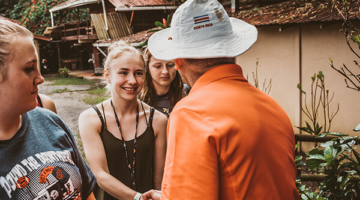 Around the World With Peter Jones: 3 Country Catch-Up 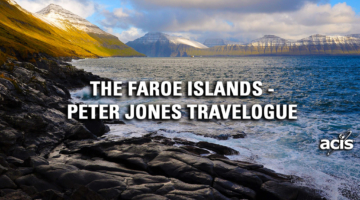 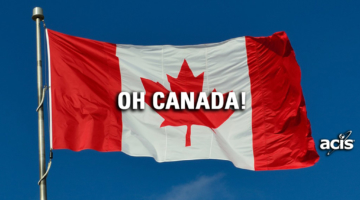