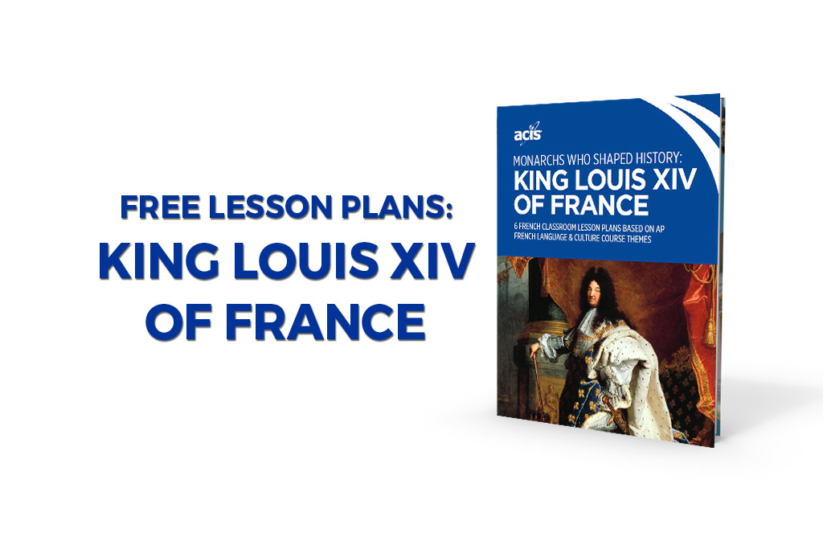 When delving into the history of a time or place, certain influential figures are unavoidable. That’s why we’re excited to launch the latest in our series of lesson plans focused on Monarchs Who Shaped History. Our second in the series delves into the life and times of King Louis XIV of France.

Louis XIV, known as “Louis the Great” and the “Sun King,” ruled France from 1643 until his death in 1715 – the longest reign of any monarch of a major country in European history. He believed in the divine right of kings, and during his reign France was the leading European power. He was an advocate of many artistic and cultural figures in France during his lifetime, and today we remember him as we view his palatial Versailles estate. Louis’ life and influences provide rich material for French students to use the French language in exploring AP French Language and Culture themes in interpersonal, interpretive, and presentational communication.

The following high school virtual tourism lesson plans for the study of Frace’s King Louis XIV are planned for learning and thinking around the six course themes making up the AP French Language & Culture exam. These themes are broad enough to apply equally well for students who are not in an AP French class.

The AP French Language & Culture course is structured around 6 themes:

While an educational tour to France in is a life-changing experience, we hope exposing your students to French History in this vivid fashion will inspire them to travel to France to see history come alive!