Susan Braun taught public school in Indiana for eight years before taking a break to raise her own children. She has taught studies about King Ludwig to students, both during the regular school year and during summer enrichment sessions. She was awarded a Lilly Endowment Teacher Creativity Fellowship and a National Endowment for the Humanities Summer Study Scholarship, and used both to study European royalty while visiting sites in Germany and England. She’s the author of “Not So Happily Ever After: The Tale of KingLudwig II” and also wrote 6 AP German lesson plans on King Ludwig!

I first learned about King Ludwig when I was a high school German student. I enjoyed history and had learned about our American heroes: Patrick Henry, Benjamin Franklin, Abraham Lincoln …

But Ludwig was a whole different ball of wax. He was proudly eccentric. The castles he built were amazing, like something out of a fairy tale.

Over the years, my interest in Bavaria’s “fairy tale king” increased. I traveled to Germany to visit each of his castles. By this time I was a teacher myself, and I always included units on King Ludwig for my students. Many of them became “hooked” on Ludwig as well. I even wrote a book about him.

What are some of the things that make Ludwig so interesting, even though he’s now been dead for over 130 years?

He Has Great Stories

I’d heard the story about George Washington chopping down the cherry tree. But that paled compared to tales about Ludwig. As a boy, Ludwig developed quite an ego about his position as heir to the Bavarian throne. He commanded his younger brother Otto to obey him, once tying him up when he refused.

As an adult, Ludwig became even more eccentric. He enjoyed the night so much that he arranged a schedule where he slept during the day. Part of the appeal here was his extreme introversion: he didn’t like to be around people, and this was more easily accomplished when his waking hours happened while most of them were sleeping. When he was forced to attend a state dinner, he often requested that a large floral arrangement be placed in front of him at the table, the better to hide him from view.

Ludwig preferred the company of animals to that of people. He was known to ask his favorite horse into the palace once for dinner, at a royally-prepared table with china and glass, which the horse proceeded to destroy. And speaking of meals, the king didn’t like servants coming in and out to tend to his food and dishes. So, he had a table designed that could be cranked down through the floor to the kitchen below. Servants would prepare his food, crank the full table up to the king, and then lower it again to clean up when he had finished. Ludwig never had to view another person during the entire process.

And those are just a few of the tales about Ludwig. We haven’t even touched on the masks he asked his servants to wear, or his making faces at himself in the mirror, or … well, you can read more on your own. 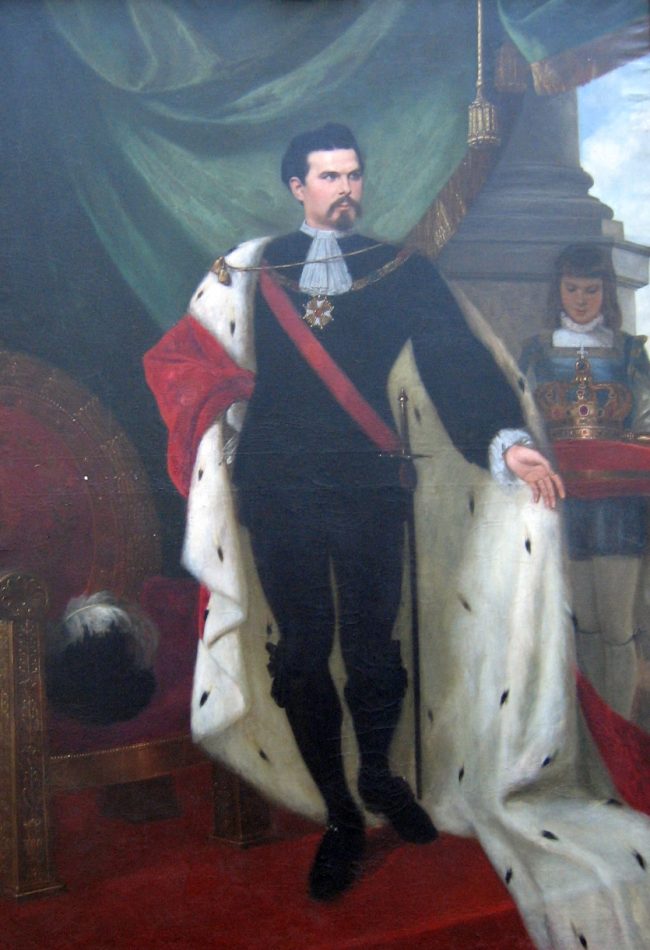 He Has an Aura of Mystery

“I want to remain an eternal mystery to myself and others,” Ludwig once said, and he made good on that. Was the king insane? He was accused of that by the government officials who removed him from power. His parents, after all, had been related. His only sibling, Otto, was declared insane and was institutionalized for most of his adult life.

Or, as others have suggested, was Ludwig merely eccentric, someone born into the wrong time period or the wrong occupation?

Perhaps the greatest mystery of all involves Ludwig’s death. After he was removed as king, he was held prisoner in Berg Castle on Lake Starnberg. He and his doctor never returned from an evening walk along the lake. A search party found them both drowned in just a few feet of water near the shore. Did Ludwig kill the doctor and then drown himself? Were they shot? The mystery of exactly what happened has never been solved.

He Left a Stunning Legacy

Despite his desire for anonymity, Ludwig will always be remembered because of the fabulous castles he built during his reign. He would no doubt be unhappy with the millions who visit his castles each year – he requested that no “prying eyes” ever see them – but the German government is likely pleased. The castles have paid for themselves many times over through the tourists they bring in. 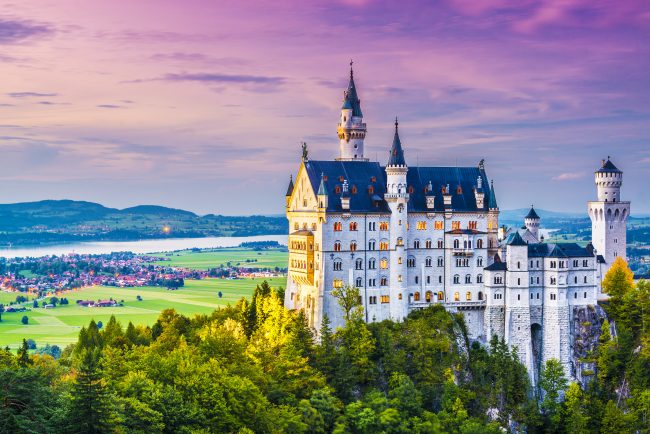 Most every visitor to Germany has Neuschwanstein Castle on their bucket list. It’s the iconic castle of your dreams, complete with turrets and towers, a gatehouse, and a gorgeous location on a mountain slope. Oh, and don’t miss the artificial cave inside the castle.

Ludwig’s Linderhof Palace, also in Bavaria, is located in the lush Graswang Valley. This palace is full of Baroque gold and ornamentation. The grounds surrounding it contain more of Ludwig’s fanciful creations, such as a grotto/cave with a lake in which the king enjoyed being rowed around in a boat shaped like a swan.

Finally, head to the Bavarian Lake Chiemsee and take a ferry to Herreninsel to visit Herrenchiemsee, Ludwig’s version of the Palace of Versailles. Less than half of this palace was even finished (even kings don’t have unlimited income streams), but the parts that are will astound you (one example: it has a Hall of Mirrors larger than Versailles’!).

A trip to Germany to visit Ludwig’s castles will whet your appetite to learn more about this king, and to travel even more. Travel to France to visit the sites of his inspiration for his castles could be next …

Interested in visiting some of the castles King Ludwig built? Check out our educational tours to Germany!

One thought on ““Mad” King Ludwig”