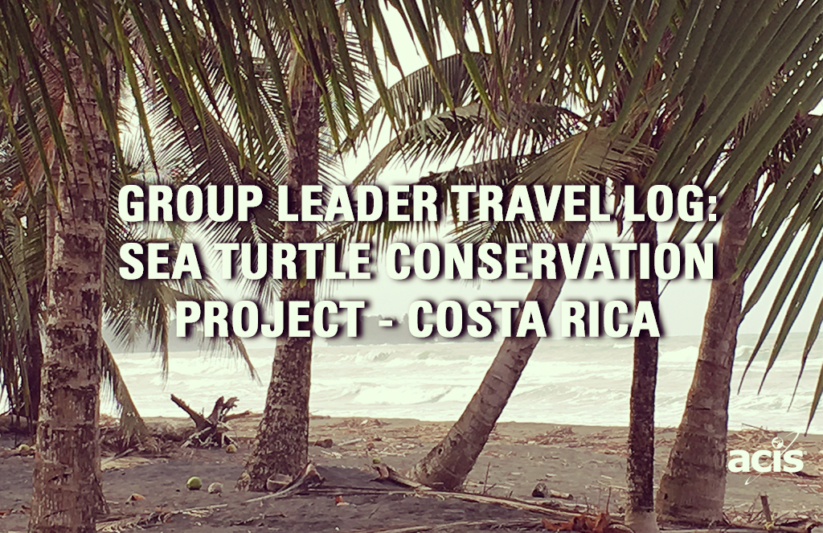 Dene Carter is a Science Teacher from Granbury High School in Granbury, Texas. She traveled with her students to Costa Rica this summer on our Conservación Costa Rica itinerary. She and her students spent three days of their trip in Gandoca working on environmental projects to help foster a healthy ecosystem for the local sea turtle population. They rounded out their trip by criss-crossing the country with two days in San Carlos and two days in Samara Beach.

Dene sent the following travel log to the parents of her students upon returning from her trip: 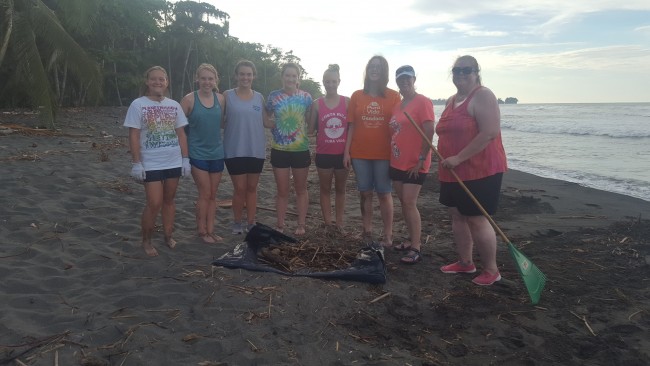 The students spent part of their summer in Costa Rica with GHS science teacher Dene’ Carter and WHS science teacher Jennifer Harvey. Together, they worked on a sea turtle conservation project in Gondaca, the southeast tip of the country.

Living and working in rustic conditions, theirs was no pampered tour. With no hot water, no Internet, no cellular service, and sleeping in a shack without air conditioning under a mosquito net, the girls got a feel for how poor, rural Costa Ricans live. Their meals, made for them by local women, typically consisted of fruit juice, fried plantain chips, a fresh cold sliced fruit or vegetable, black beans and rice, and grilled chicken or beef. Arroz y frijoles (black beans and rice) are such a staple in Costa Rican cuisine that they were served at every meal, including breakfast.

Part of their duties were to clean up trash along the black and gray sand beach, making it easier for mother sea turtles to come ashore and lay eggs. Driftwood and other debris were also moved to allow newly hatched babies an easier path to the ocean.

Other duties included nightly beach patrols intended to ward off poachers and predators, each hoping to steal the eggs of the four different types of sea turtles known to use the beach as their breeding grounds. The girls used red headlamps for the hike to the beach, but were forbidden by Costa Rican law to use flashlights or any electronic devices like cameras or cell phones while on the beach. They had to rely on Gilberto, their local guide, and their night vision to navigate the shifting sands and driftwood debris as they made their way far down the beach, searching for mother turtles. Luckily, the pounding white surf and waxing gibbous moon assisted them along their journey.

Mother Nature does not always cooperate, but on their first night patrol they were able to witness an increasingly rare event. An endangered leatherback sea turtle weighing an estimated 800 lbs. had come onto shore, dug out a nest, and laid her eggs. The girls stood by quietly as she laid the last of the eggs and used her back flippers to carefully bury her eggs. She then used her front flippers to camouflage the area. Everyone was blessed by the turtle as she threw sand upon them with her powerful flippers. Knowing the students were there, she worked extra hard to hide her nest. Once happy with her work, she returned to the sea.

Gilberto explained to his group of volunteers that the nest she had built was vulnerable to poachers, predators, and the high tide. The chance that the baby turtles would hatch was below 50%. To increase those odds, he excavated the nest exposing the eggs in a meter deep hole. The six young ladies took turns carefully laying on their stomachs and reaching deep into the hole to recover the 70 precious eggs. The eggs were taken a little farther up the beach and Gilberto dug a new hole, high above the high tide mark, and gently placed the eggs on their new nest. Copying the mother sea turtle, Gilberto camouflaged the nest, in hopes that poachers and predators would not be able to find it. Doing so increased the chance that the baby turtles would hatch and survive to over 75%.

It was sticky, sweaty, sandy hard work where the girls were attacked by relentless sand fleas that ignore mosquito spray. But it was worth every moment because they were able to help these beautiful, gentle creatures continue as a species.

Follow this link to learn more about service learning projects in the ACIS Catalog!