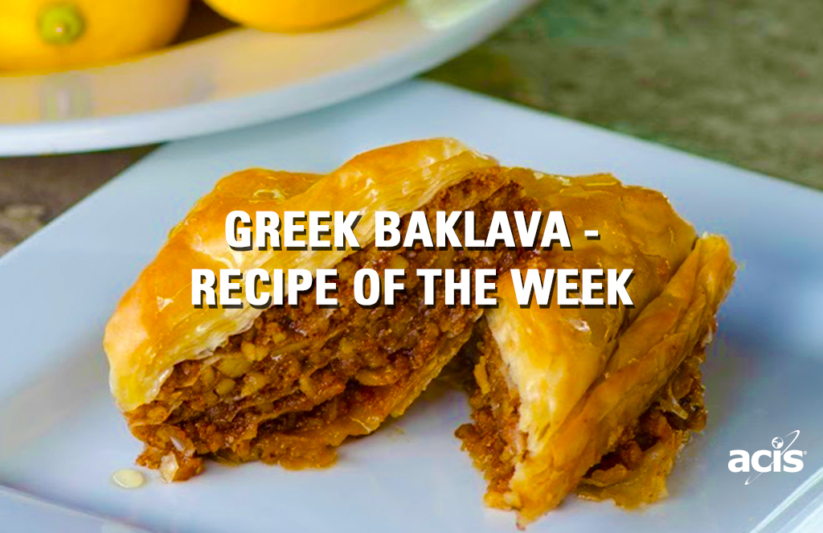 This week’s recipe takes us to Greece for something sweet – Baklava! The origin of this delicious dessert is somewhat of a topic for debate. Some claim it comes from Turkey, some claim it comes from Persia, while others claim it originates in Greece by way of the culinary traditions of the Byzantine Empire (and the Roman Empire that preceded it). Either way, Baklava is commonly found today in all regions where the Ottoman Empire once stood (including Greece). There are regional varieties of the dessert in countries throughout Eastern Europe, Central and Western Asia each putting their own signature on the classic dessert from Athens to Istanbul to Azerbaijan to Iran. Our version of the recipe is of the Greek variety.

For more recipes from Greece and other countries across Europe, check out our World Cookbook! 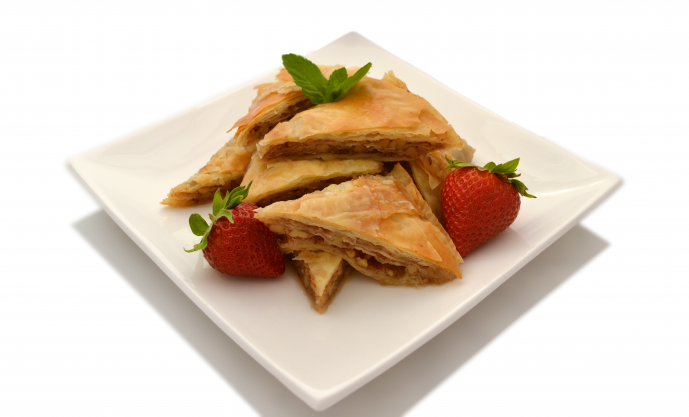 With a sharp knife, score phyllo dough to form diamonds. Press a clove at each end of the diamonds. Pour remaining butter over the dough.

Bake 45 to 50 minutes in the preheated oven, until golden brown. Meanwhile, combine the sugar, water, and cinnamon stick in a medium saucepan, and bring to a boil, stirring constantly. Simmer for 10 minutes.

If you give the recipe a try, make sure to come back and leave a comment to let us know how it came out!

One thought on “Greek Baklava – Recipe of the Week”