See our travel policies in response to COVID-19
Click Here
It’s that moment of arrival when you stop, look, pinch yourself – yes, you really are here! It’s the moment you’ve been dreaming of for months, if not years, and it’s arrived.

You have an inner buzz rippling through you and you’re beaming from ear to ear with the world’s largest smile. Inside, you’re probably going ‘Yes! ’ (or some other excited exclamation, mixed in with a ‘wow’ here and there).

I felt this rush myself recently late at night beside the River Vltava. The still night waters of the river a perfect mirror to THAT sight which tells you you’re here in Prague: the view across to the Hrad (Prague Castle).

It’s a sight that you dream of seeing before you ever arrive; the sight that simply says ‘PRAGUE’ and in this moment, here it was – the castle gloriously floodlit atop its commanding hilltop position with the rooftops and Church spires of Malá Strana clinging to its slopes below as they descend to the banks of the river. And to top off the moment perfectly, over to the right, the equally famous Charles Bridge, its night time guise, statues and floodlights providing an inviting, yet mysterious, air to the scene. 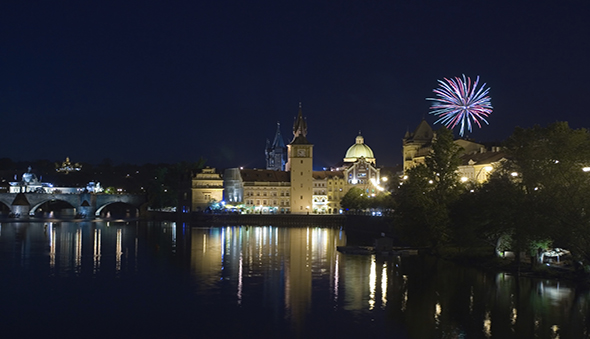 Whether it’s your first time visiting Prague or whether you’re lucky enough to return, this is THE view and it will always be the moment that provides the excitement of ‘I’M HERE’.

These singular moments are part of what makes travel, well, travel; what gives it its magic.

My name for this phenomenon:  “the Acropolis moment.”  Why?
Let’s head to Greece. To arrive in Athens and stand below the Acropolis; there it is, standing sentinel above the city as it has done for millennia; at night, gloriously floodlit – it is a magical sight. 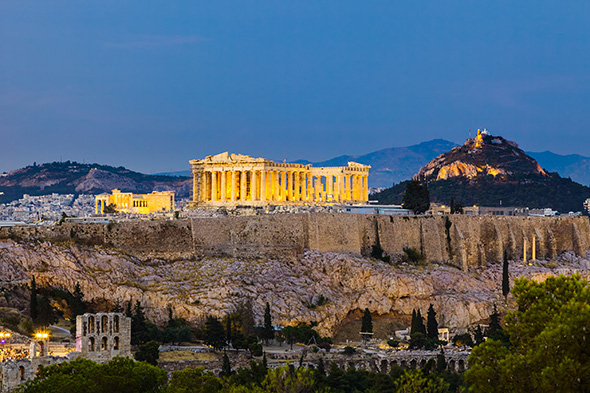 It’s the moment that says ‘hello Greece’ to you. The buzz of the Plaka may be carrying on around but there, beneath warm Aegean skies, in your moment, the sight is one that is all yours. And in that moment, what goes through your mind?…the life it’s seen over the ages; classical civilizations with their tales of the likes of Zeus, Athena and the rest; the magic of floodlights on ancient marble; the promise of what’s to come…

Without fail, on every visit to the city, the buzz you get in that instant is as it was the first ever time. It sums up the moment as nothing else can! (and no visit feels as though it’s started without it). What better namesake for that special moment of travel.

Other Examples:
Let’s talk Paris. I still remember my first ever visit and that moment of popping out of the
metro part way up the Champs Elysees in the early evening of a summer’s day, the sun warm, its glare softening and a gentle breeze blowing through the trees that line the Avenue. Get your bearings; the soundscape of crazy traffic on cobbles and there it is was, better than any picture: the huge statement that says ‘Paris’ to your eyes: the Arc de Triomphe! Nothing says it more than to stand somewhere on the Champs Elysees and gaze up to the Arc in the midst of the world of Paris carrying on around you. 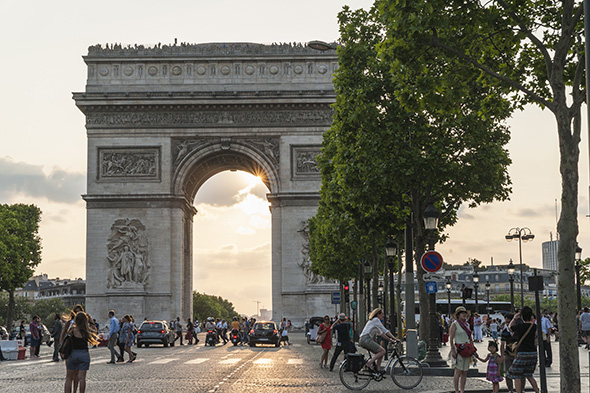 What about heading south to Italy. Rome – might it be that first glimpse of the looming mass of the Colosseum, its presence reminding you of an ancient world long since gone but to this day still gripping the imagination and sitting there with the traffic of modern Rome its companion; or is it the captivating sight of the Pantheon, nestled into the surrounding ‘modern’ city, the piazza and fountain before it simply speaking ‘it’s Rome!’ whilst around you, edging the piazza, the cafes and restaurants live the life of food, the flamboyant charm and expressiveness of the waiters that is the Italian way adding to the colour of the scene. Those fountain steps are a perfect place from which to soak it all up. 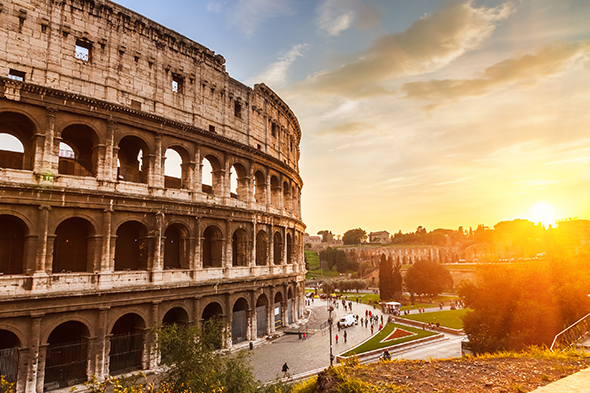 Maybe you dream of the special place that is Venezia, up there in the northeast corner of today’s Italy. A unique city that does what it does simply by being what it is! What can beat travelling the Grand Canal or simply grabbing a vantage point along its path, and allowing the entire scene to hit you: the faded glory of the Venetian mansions lining its banks, the waterborne traffic of everything from gondolas to trade barges heading along its length; the Venetian sunlight dancing on the waters or clipping the buildings one side or another. You can’t fail to have your ‘wow’ moment. 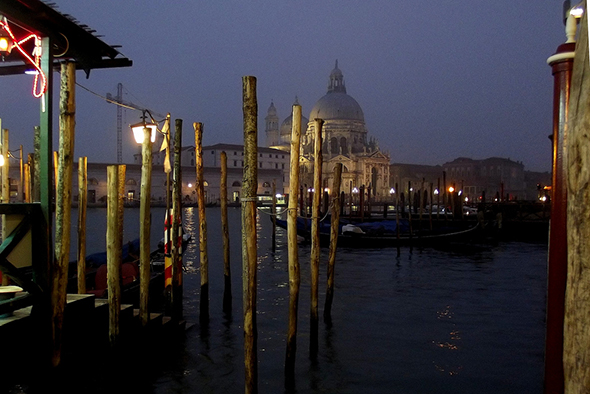 Earth has not anything to show more fair…

Sights, yes, but sounds can do it as well. Think London. Think the words of one of our great poets, William Wordsworth:

“Earth has not anything to show more fair:
Dull would he be of soul who could pass by
A sight so touching in its majesty: …“

200 years on, the cityscape has changed and rather than Westminster Bridge, it has to be one of the nearby Golden Jubilee Bridges for me – a wonderful pedestrian crossing spanning the Thames from Embankment to the vibrant South Bank. But the city remains laid out before you, the Thames flowing as it always has like a thread through the city’s history. At night, the lights illuminate everything from modern commerce in the City to the dome of St Paul’s Cathedral whilst the pulse of the capital carries on around you.

If that’s the sight, the sound that always brings a smile is that iconic announcement you hear as you descend from street level to the Underground. The clatter of the Tube trains; the platform walls with their posters; the throng of the populace about their day in London and then, stand on or travel through the right station and ….”MIND THE GAP” It can only be London! 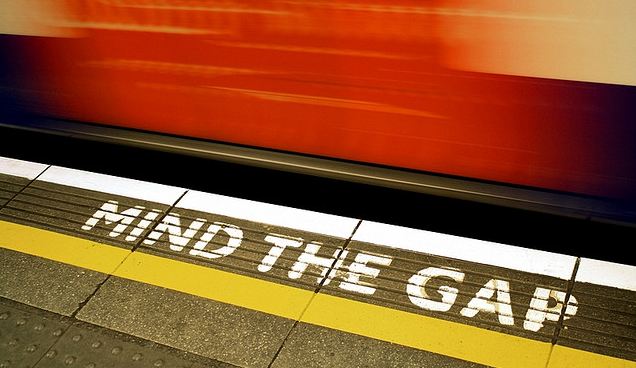 The world of travel and experiencing new places, visiting familiar ones for return visits, is full of these moments – here, there, everywhere. I have my own. You will have yours. But I bet the buzz will be the same for us all!

Back to my Prague moment. I can tell you there’s a wonderful tranquility on the night-time air: with the streets clear of daytime traffic the rumble of the trams, the periodic squeal of wheels on tracks, tends to be the only (yet intermittent) heavy noise. There’s the sound of the Vltava falling over one of the river’s weirs somewhere in the distance but otherwise it’s people on the way home at the end of an evening or similarly enjoying their moment with ‘the view’.

Standing there, on a pleasant late spring night, in the moment, I can tell you I was all “Hello Prague!”

Where have you experienced an “Acropolis moment”?  Share your story in the comments below.