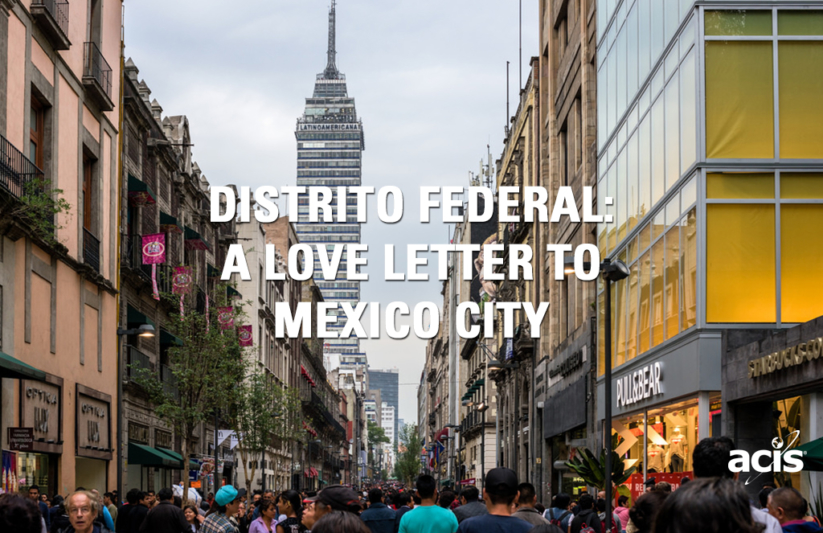 Mexico City is the real deal. It’s a huge city; almost something like the sprawl of São Paulo in Brazil but actually totally cool and groovy. Yes, there are a few sketchy spots, (it’s probably not a great idea to grab a taxi from the street), but if you follow some basic rules, this city is rich in sights, restaurants, and beautiful parks. It is actually a safe city with people walking around at night. Even Uber is everywhere, and I got to practically Uber my way around the city. Oh, and one last thing….it really is a great deal. Even the street food is healthy and nutritious.

So, why the dead spot in Mexico tourism? There are issues. Drug cartels are out there. There are bad spots and a lot of bad publicity, but everyone knows the places in Mexico to avoid. It is really just like anywhere else.

But I have fallen in love with this place. Mexico has amazing coastlines from the Pacific Ocean to the Caribbean Sea. There are ancient sites, pyramids, incredible colonial architecture, Frida, Diego, and food. It’s not just tacos and guacamole but there is a serious cuisine scene around. 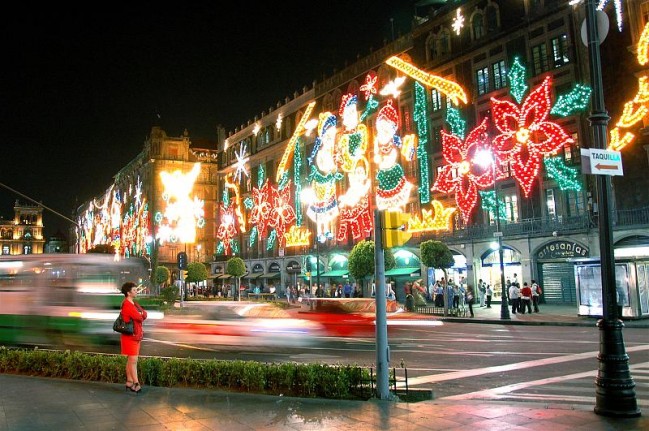 A three-night stopover in Mexico City is a great way to scope out the city. It can easily be combined with either the Yucatan or the Pacific Coast or you could really just spend the weekend in D.F.

Spanish teachers really should consider coming back here for a number of reasons:

Firstly, crime is down, the air is clean, and the architecture and the city have been reworked. There are bike paths, a great Metro, and it’s a pedestrian friendly city. I stayed along the Paseo de la Reforma, a wide avenue running diagonally across the heart of the city, and during the weekend, it was virtually traffic free with only bikes and pedestrians. It’s awesome.

Second, the neighborhoods are cool too. Plan on visiting Roma, Condesa, Centro Historico and Coyoacán where both Frida and Diego lived. The Zócalo is the main square in the center of the city and is 57,500 square meters big; one of the largest city squares in the world. While there, imagine Tiananmen Square – it is that big. The square is the home to the Cathedral, the National Palace, and the colonial arcade. To the south of the city is Xochimilco which is famous for its miles of canals and lakes and the trajineras, the boats that drift like gondolas laden with tourists and vendors.

Third, there are so 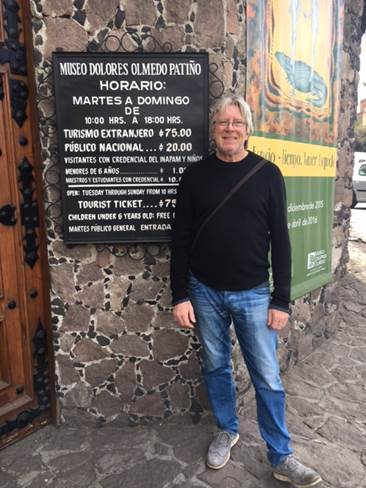 many museums and national sights to see. At Casa Azul, the Frida Kahlo Museum, you get to see Frida Kahlo’s genius firsthand. This was Frida’s home where her life both began and ended. She and her husband, famed painter Diego Rivera, are all around you. In addition, this is the neighborhood where Leon Trotsky lived in exile from the Soviet Union during Stalin’s leadership. He had been befriended by Kahlo and Rivera.

Located in Xochililco is a true gem – Museo Dolores Olmedo . This was donated to the state after her death and the house and gardens are spectacular – filled with peacocks and the famous hairless Mexican dogs. The museum has a collection of 140 Rivera pieces and a number of works by Kahlo and Angelina Beloff. It is accessible easily by Metro and is a must see.

Chapultepec Forest holds Mexico’s version of Versailles, the grand Chapultepec Castle. It is also close by to the National Museum of Anthropology, one of the world’s greatest art and artifacts museums.

So my only question is, why not go to Mexico City? It’s got it all and it is at a price point that just makes sense.

Have you been to Mexico City? Let us know in the comments section below!

2 thoughts on “Distrito Federal: A Love Letter to Mexico City”