It’s the middle of winter, the snow has just started, the temperature is jumping down into the teens most days in Boston, and the days are desperately short. I know what, let’s go to Iceland for a winter break and get away from it all!!!

I know it sounds crazy and for sure it cannot match with a one-week getaway in the Caribbean, but in my mind, it’s actually better than that. This, after all, is the land that the Vikings populated over 1,000 years ago and a chance for all of us to get a glimpse of where they lived and what Vikings really looked like. Believe me, not much has changed. Iceland has a population of just over 300,000 people. Believe it or not, everybody that you bump into on the street looks like they could have been a Viking or a Viking’s wife, and they all love it here. 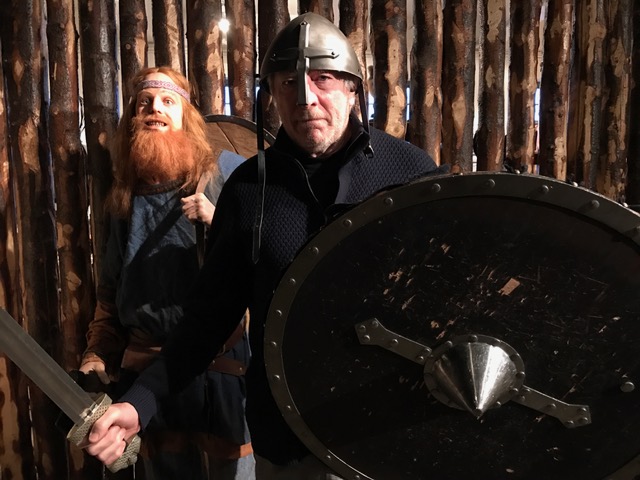 The last time I visited Iceland was a couple of years ago. When I went in July, it was not balmy but the sun literally never set. However, this time I went in the beginning of January. There is barely five hours of daylight, it’s dark when you wake up, and what little light there is disappears soon into the afternoon. Truly, it’s a crazy place to go! But you know what? I loved it.

The arrival morning in Reykjavik was not great. We rented a car but lashing rain and freezing conditions were not inviting. The guy at Hertz thought it would be a bad idea to cancel the reservation even though visibility and my local knowledge were nonexistent. Still, I ended up canceling the car. Good Idea. But we decided to take a cab. Bad idea. $200 later, the meter gave me the nasty news. Recommendation: Never take cabs in Reykjavik. There are bus services everywhere and they are cheap and reliable. Actually, it’s the only thing that is cheap in Iceland!

Reykjavik is a totally different city in the winter. The weather is unpredictable – a blizzard, some rain, freezing conditions, clear skies, it’s got the lot. The museums are great and informative, especially the Settlement Exhibition and Viking World. The food scene, in general, is terrific with great restaurants and late bookings. Two restaurants I liked were The Fish Market, next to the Centrum Hotel, and The Sjavargrillid Seafood Grill on Skolavoroustigur 14.

The bars are lively, to say the least. Weekend last calls will outlast all but the intrepid youth; 4 to 5 A.M. and they’re still lining up to get in. There are also several great bars off of the same street that the seafood grill is on. The food scene is dominated by fish, with lots of cod and arctic char, the occasional puffin or reindeer thrown into the mix for those who can deal with it, and a dash of mink whale if you can deal with that also. Juice bars are everywhere and the food is pretty healthy. The two main squares are loaded with things to do and places to see and the harbor is undergoing development with spectacular views across the bay of the snowcapped mountains. There is a real youthful feel to the city. 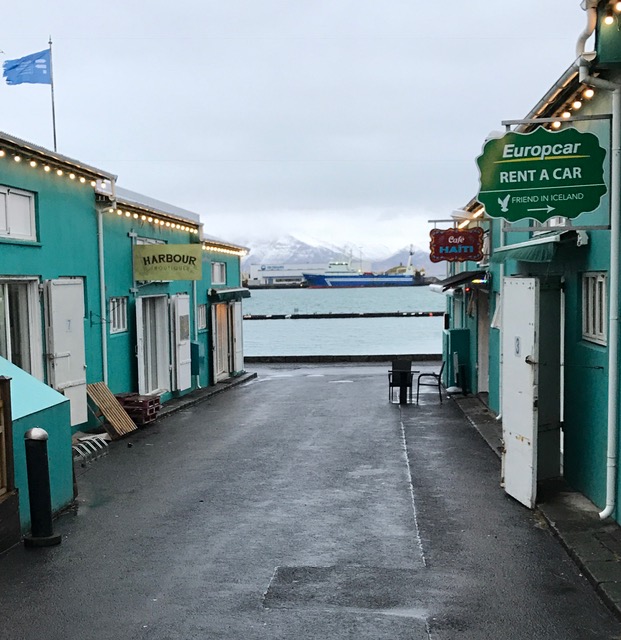 We did all of the tourist stuff including the Golden Circle tour to see the Geysir, the Gullfoss Waterfalls, and the tectonic plates at Pingvellir. In between, in the brief hours of daylight that we had, there were spectacular views of the faraway mountains and volcanoes. We even saw the northern lights. Yes, we actually went hunting for them with a northern light expert looking for holes in the clouds. There were blizzard conditions and we almost gave up hope when suddenly the clouds moved apart and this dazzling magical light show started. It was like nothing I had ever seen. The Blue Lagoon was fun. We had a reservation at night and it proved to be a clear night with a bright half-moon. Such a spectacular way to hang out before a late night dinner. So in winter there’s actually plenty of things that make Reykjavik a fabulous city to visit for a three-day stay.

Iceland has plenty of unique features. The great news about Iceland is that it’s expensive so there is absolutely nothing to buy. In fact, sometimes the prices border on crazy (hence the crazy taxi fare), but in the restaurants and bars, you can navigate these prices. As most of the excursions are included when you travel to Iceland, you escape the harsh reality of the nasty excursion bill.

The Icelandic language is authentic and unchanged from its original Viking days. It is absolutely impossible to understand but everybody speaks English as the kids in school are taught English from the age of four. There is a great sign as you enter the airport. It says that all of Iceland’s electricity comes from renewable energy sources – earth, wind, and fire. So, yeah, they keep the Christmas lights on a little bit longer and the Blue Lagoon is lit up way into the night, but with practically no electricity bill, it’s not an issue. The quality of life in Iceland is at such a high level that practically no one wants to leave over the long-term.

The great thing about Iceland is that each season offers different opportunities. My advice is to go there if you had never been, to return there if you had never been and sample a different season, and if you are a teacher, take your group for a short break or combine it with London. If you’re a STEM teacher, there is so much to do and so much to study, that it is probably the greatest outdoor classroom in the world.

P.S. it’s not quite as cold as everybody says. In fact, today, in Boston, it is 7° Fahrenheit and it sure did not feel that cold in the Blue Lagoon a few nights ago!

What’s your dream getaway destination for a weekend in January? Let us know in the comments section below!

“In 1978, Peter Jones founded ACIS with a few colleagues, who all believed that travel changes lives. Knowing the important difference between a trip that’s mediocre and one that’s extraordinary, he built ACIS from a deep belief and understanding that ACIS group leaders and participants deserve the best—from itinerary development to hotels to perhaps most importantly, the people hired to guide teachers and students throughout the journey.”
Iceland

4 thoughts on “An Icelandic Winter”