Famed biologist and naturalist, Charles Darwin, was on the cusp of something incredible when he set out for a five-year journey on the HMS Beagle to survey the world in 1831. When he arrived on the breathtaking coast of the Galápagos Islands, little did he know that he would soon establish his groundbreaking scientific publication, On the Origins of Species. What drew Darwin to study the Galápagos so intensely? Due to the isolation and remoteness of the archipelago, the Galápagos are home to a vast number of unique species that are unlikely to be found anywhere else.

Here are six unbelievable animals that can be found in the Galápagos Islands: 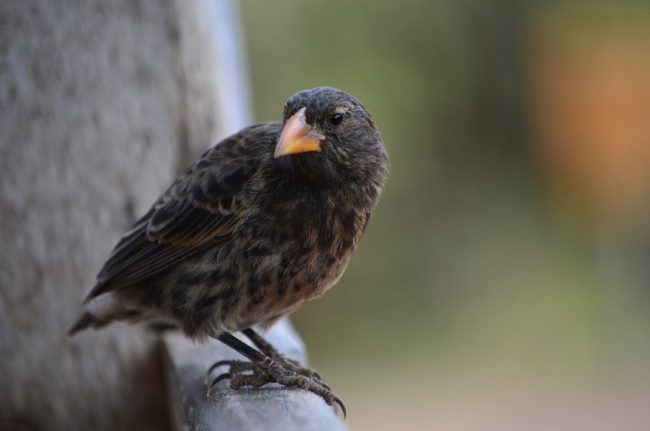 Speaking of Darwin, one of his most notable Galápagos discoveries is the baffling diversity of these tiny birds that fly around the islands. There are fifteen species of finches that can be differentiated based on beak form and function. They played a significant role in Darwin’s revolutionary Theory of Evolution and Natural Selection. Only one species, the Cocos Finch, can be found outside of the Islands. 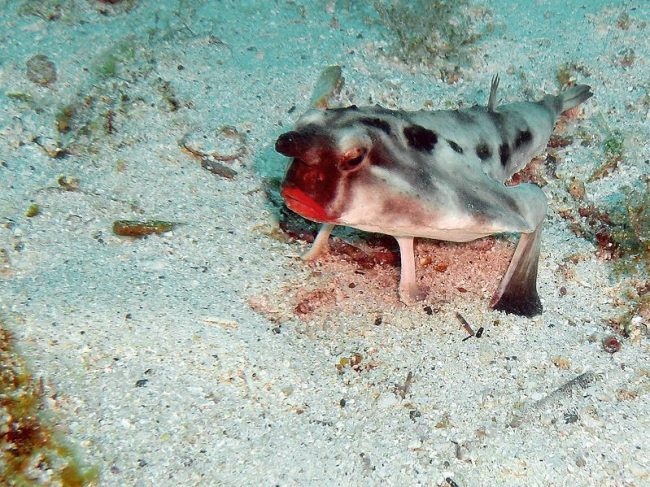 Perhaps not the most attractive fish in the Galápagos, the red-lipped batfish might be the most interesting! Unlike the swimming masses that inhabit the sea, this guy makes his way around on foot (or shall I say “fin.”) Certain evolutionary proof that would make Darwin beam with pride, the Red-Lipped Batfish’s scientific name is Ogcocephalus darwini. 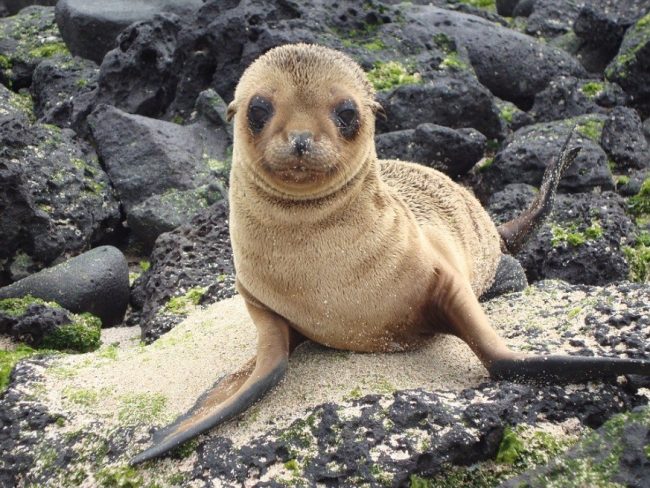 These fuzzy fellows were believed to be extinct by the early 20th century due to a tirade of hunting in the 19th century, until a small colony was rediscovered in 1932. Though fur seal numbers have grown exponentially in the past decades, they are still revered as an endangered species, protected by the Galápagos National Park Service (GNPS). Fun fact: the Galápagos seals are the smallest eared seals in the world! 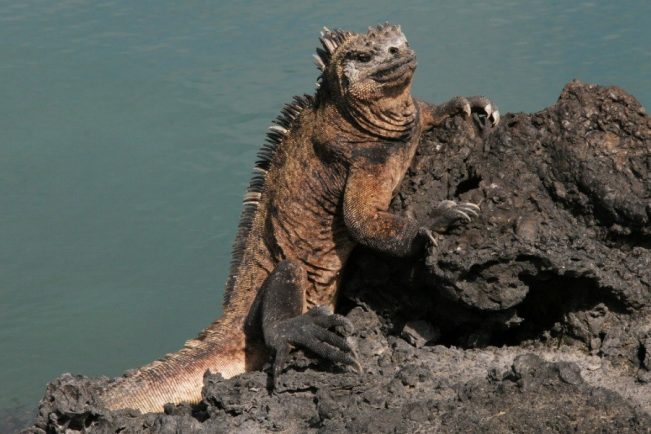 Don’t let the fearsome Jurassic exterior of these large lizards fool you! Marine Iguanas are gentle herbivores, generally unbothered by the close approach of a human. These colorful beasts are the only saltwater venturing iguana, often seen foraging the sea for their dietary algae. Though they are very graceful swimmers, they are known to be “hideously clumsy” when it comes to traveling on land, as noted by Darwin himself! 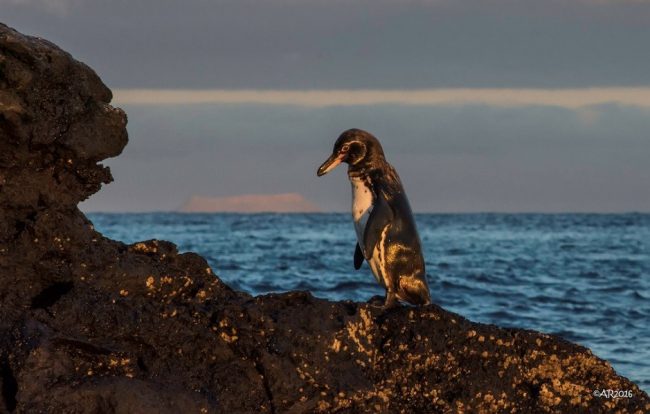 When most people think about Penguins, they typically associate them with the arctic, right? Not these guys! The Galápagos Penguins are the only species of penguins that live north of the equator, surviving the heat thanks to the cool Cromwell Current that flows past the islands. This endangered species likes to stay close to home, never venturing more than three miles away from the coast. 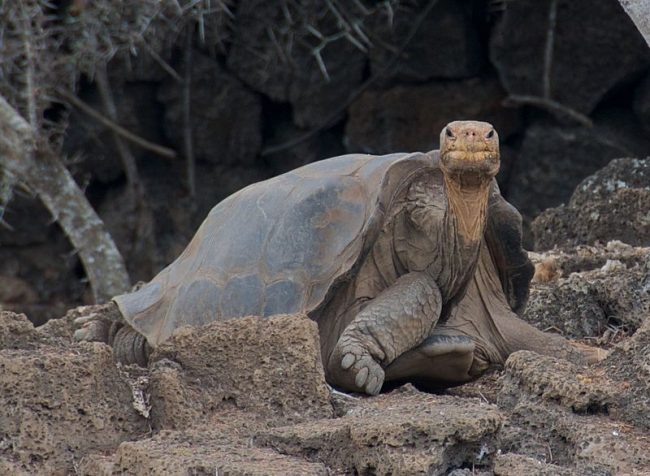 Though tortoises once roamed the world widely, the Galápagos are now home to one of two remaining species of Giant Tortoises, the other being Aldabra Toll in the Indian Ocean. They have the incredible ability to survive without food or water for an entire year (whereas I can barely go three hours), which when discovered led pirates, whalers and fur-sealers to keep them on their ships for access to fresh meat and oil on their lengthy journeys. This exploitation, along with many other circumstances, has led to the vulnerability of the Giant Tortoise. In 2012, the Galápagos lost their iconic mascot, Lonesome George, who was the last remaining of the now extinct Pinta Tortoise.

As you may have noticed, many of the animals listed above are sadly on watch as endangered species. With efforts from companies like the Cerro Mesa Ecological Reserve on Baltra Island, these species have a chance of survival.

On our Ecuador and The Galápagos Islands tour, students lend a helping hand in preserving the flora and fauna of the archipelagos by participating in a service project at Cerro Mesa. They may work on projects like reforestation or turtle monitoring efforts, on need basis. They also visit the Charles Darwin Research Station where they will learn all about conservation issues of the Galápagos and get a chance to see the Giant Tortoises up close and in action with their young.

Are the Galápagos on your bucket list? These six species of animals are just the tip of the iceberg when it comes to exploring wildlife in the Galápagos Islands. Explore the opportunity to travel to the Galápagos with your students! Read one parent’s review of her son’s educational tour to Ecuador.

2 thoughts on “6 Incredible Species Found in the Galápagos Islands”