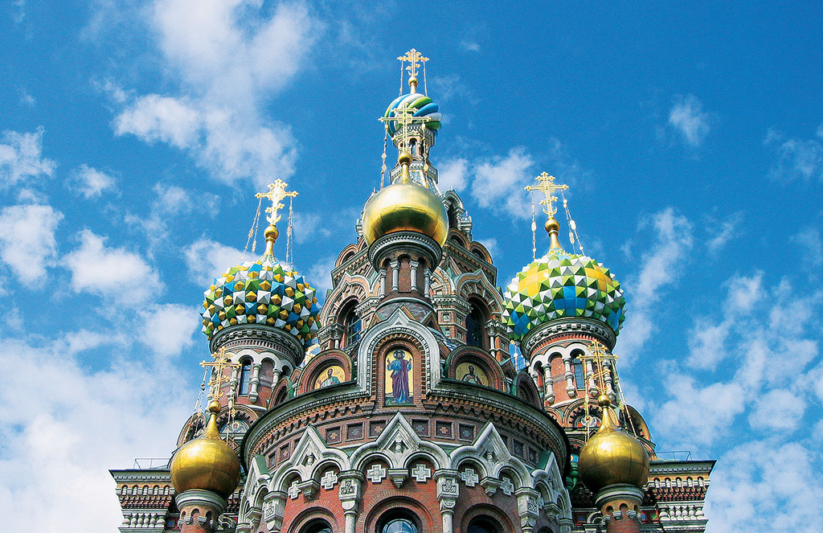 What do you know about Sankt-Peterburg, one of the largest, northernmost cities in Russia? The “Venice of the East” is a diverse city; at the same time contemporary, Soviet, and Imperial, and in this beautiful jewel in the Russian crown you can see all the best of what these three eras have to offer. You’re certain to visit the enormous Hermitage, the imposing Saint Isaac’s Cathedral, and the gigantic Palace Square, but what can the more inquisitive traveler find in the former Imperial Russian capitol? Davaite (let’s go)!

This enormous former noble mansion in the heart of Saint Petersburg is the largest exhibition of Russian and Slavic artists in the world. In it you can see the development of the Russian artistic tradition, starting with proto-Slavic peoples of Russia and Ukraine and the beautiful golden icons of Medieval Rus’, to the decadent and expansive imperial styles of Ilya Repin and the last Czars, to Socialist avant-garde art and underground Soviet dissident works. Far less busy than the world-famous Hermitage, the Russkii Muzei is still just a short walk away from the Winter Palace, so you can see both in the same day!

During the summer and spring, you can take a tour of the beautiful stone canals that earned Saint Petersburg the nickname “Venice of the East.” Most of the city, including all of the pre-Soviet portion, is accessible by canal, and when the Neva River unfreezes in the spring tour boats zip up and down the large and small canals, showing tourists and locals the hundreds of century-old noble homes and their exquisite Baroque architecture from the water.

One of the newest museums in Saint Petersburg is a whole museum dedicated to retro gaming, specifically Soviet arcade gaming! Here you can play original versions of famous Soviet arcade games like Sea Battle and Soviet pinball, all with coins provided by the museum.

Church of Christ the Savior on Spilled Blood

If you’ve read anything about Russia you’ve likely seen Moscow’s Saint Basil’s Cathedral, but another impressive example of Imperial Russian architecture can be found in Saint Petersburg’s downtown section. This church stands on the site of the assassination of Czar Alexander II, and was built by his son Alexander III. The outside has the typical domed roofs of Russian religious architecture, and the inside contains one of the finest examples of Russian religious art in the world; huge colorful murals and icons, as well as a ceremonial awning over the very cobblestones where the Czar was killed.

Mariinsky Theater I and II

The Mariinsky Theater served as the center of Russian Imperial ballet and opera life during the last few decades of the empire, but now is one of the most accessible theaters in Europe. The original building, now known as Mariinsky-1, was the original theater which showcased some of the most famous Russian ballets such as Swan Lake, Sleeping Beauty, and The Nutcracker. In 2013 a second building opened, called Mariinsky-2, with a much larger stage and seating area with room for 2,000 patrons. Today you can still see these world famous ballets in the larger and easily affordable setting of the Mariinsky-2, connected to the 150 year old Czarist theater.