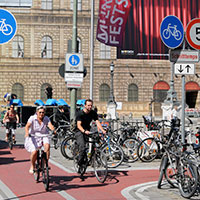 The D-Day Story in Portsmouth

The D-Day Story in Portsmouth

Welcome to London! Meet your ACIS Tour Manager, relax, unpack and begin to explore the city's unique neighborhoods. Perhaps check out the street markets along Portobello Road in Notting Hill; explore the paths of Hyde Park or the mansions of nearby Belgravia; visit the Imperial War Museum; or stroll along the artsy South Bank.

This morning, learn about London's majestic past and fast-paced present on your guided sightseeing tour. See Trafalgar Square, the Houses of Parliament and Whitehall, the Prime Minister’s neighborhood. Along the way, our guide will point out more modern sites like the Gherkin, the Shard, and the Cheese Grater—all new buildings changing the London skyline. Another highlight of the day is a tour inside St. Paul’s Cathedral. Sir Christopher Wren's architectural masterpiece is an enduring symbol of London, in large part due to its surviving the Blitz in 1940. If you have time, your ticket includes access to climb to the top of the dome. In the afternoon, visit the Cabinet War Rooms, the underground complex which served as a command center for Britain's military operations during WWII, with all the important information and inside stories provided via audio guide on personal headsets. Kept exactly as they were upon Japan's surrender in 1945, the war rooms provide a unique time capsule into the history of that turbulent period. In the evening, take time to reflect at the illuminated war memorials along Whitehall and the Thames Embankment.

We journey first to the seaside town of Portsmouth to learn the English perspective at the D-Day Museum there. Later, we board the ferry to France, porterage included. After dinner aboard the ferry, we’ll drive to Caen for a night's rest.

Today walk in the footsteps of history as you visit many of Normandy's important World War II sites. See what remains of the temporary Mulberry harbor constructed at Arromanches to help offload cargo during the invasion. Entrance to the Arromanches 360 Cinema is included. Next you can pay tribute to the heroic fallen at the American Cemetery and Memorial at Colleville-sur-Mer before descending from the bluff to walk along Omaha Beach, where American troops suffered some of the heaviest D-Day losses. You might even be able to picture the chaos of June 6, 1944 at the bomb-scarred landscape of Pointe du Hoc. Later, journey onward to Paris.

In Paris, you are never far from history and this morning, a local expert introduces you the city's most famous monuments—from the Gothic wonder of Notre Dame to Napoleon's final resting place at Les Invalides to the magnificent Arc de Triomphe at the top of the Champs-Élysées. Then ascend to the third floor of the iconic Eiffel Tower for views over this magnificent city. In the evening, you'll have an opportunity to explore more of Paris's charming arrondissements at your own pace. We provide a meal voucher and insider suggestions so you can dine with the locals at a neighborhood bistro.

This morning we'll wing our way from Paris to Bavaria's capital city of Munich. Upon arrival, get oriented with a Munich by bike tour that provides a unique perspective on local life in this bustling city. Pedal down historic old streets, peek into delightful courtyards, ride along the city's river and explore the popular 910-acre Englischer Garten, one of the world's largest urban public parks.

Enjoy a full-day excursion to Nuremberg. En route, visit the Dachau Concentration Camp Memorial, the first of the Nazi regime's concentration camps and a poignant reminder of man's potential for inhumanity. Then in Nuremberg view the Zeppelintribüne at the Nazi Party Rally Grounds, followed by a look at the Palace of Justice, where the infamous Nuremberg war trials were held from 1945 to 1949. Then enjoy the historical insight given by audio guides on your visit of the Nuremberg Documentation Center, a museum that provides socio-political context for the Nazi reign of terror. Return to Munich in time for dinner.

A short drive south takes us to the former U.S. military resort of Berchtesgaden, and, ironically, to Adolph Hitler's nearby mountain retreat of Kehlsteinhaus or Eagle's Nest. (Please note that Berchtesgaden is only available in the summer and will be replaced with a tour of the Hallein Salt Mine when not available) The drive down into Salzburg along the Berchtesgadener Ache is particularly spectacular and you'll have the rest of the afternoon to explore this musical city's palaces, shop on the Getreidegasse or hang out along the grassy banks of the Salzach. Then head back to Munich to enjoy your final evening of this thought provoking week abroad. 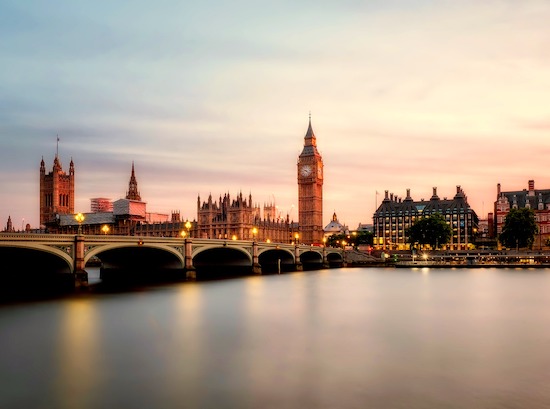 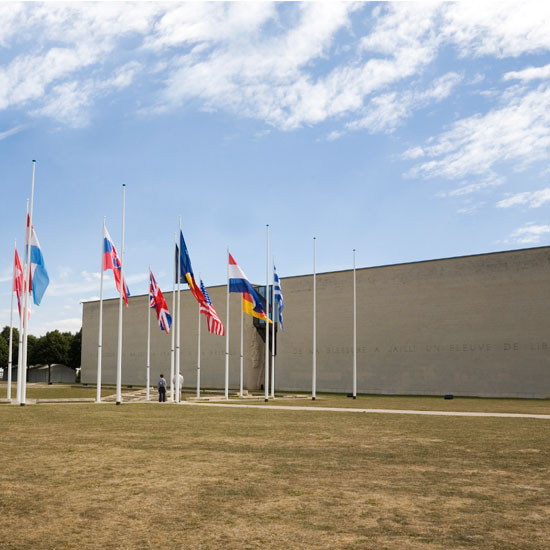 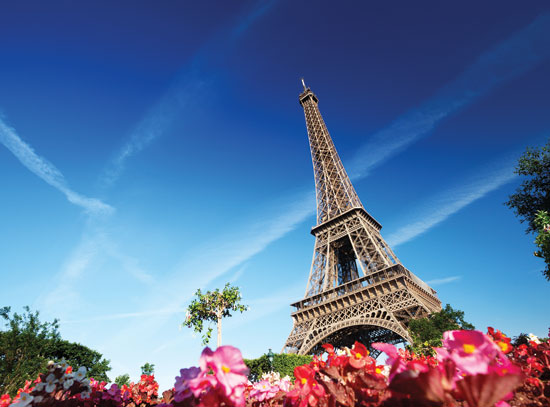 The tour of the Normandy Beaches was outstanding. It brought history into focus. Every American should visit this area to appreciate the human cost and sacrifice for the freedoms we value today. Thank you for the trip of a lifetime!” Betty B  Participant