The Bardic Realms Get Started
Depart 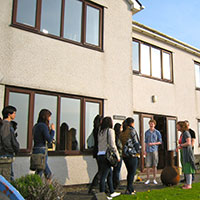 Enjoy the unique experience of connecting to the Welsh culture through an exchange with a local family. An introductory lesson in the Welsh language will prepare you with traditional words and customs. Then receive a warm Welsh croeso (welcome) as you break into small groups to have a home cooked dinner and conversation with local families at their residences.

Enjoy the unique experience of connecting to the Welsh culture through an exchange with a local family. An introductory lesson in the Welsh language will prepare you with traditional words and customs. Then receive a warm Welsh croeso (welcome) as you break into small groups to have a home cooked dinner and conversation with local families at their residences.

Meet your ACIS Tour Manager upon arrival in London and begin to explore the city's unique neighborhoods. You may want check out the street markets along Portobello Road in Notting Hill; explore the paths of Hyde Park or the mansions of nearby Belgravia; visit museums in South Kensington; or stroll along the artsy South Bank.

This morning’s panoramic sightseeing tour, led by a local guide, shows you Trafalgar Square, the Houses of Parliament and Westminster Abbey. Continue with a guided visit of the British Museum, home to an astounding 150 million items. You'll discover objects from around the world including the Rosetta Stone and sculptural friezes from the Parthenon. Tonight’s meal is a traditional fish and chips dinner at one of our favorite restaurants. In the evening, perhaps revel amid the sights and sounds of West End attractions such as Leicester Square or nearby Piccadilly Circus.

Depart for the mysterious circles of Stonehenge, where sunrise rites are said to have occurred more than 4,000 years ago. Then arrive in Bath. Designated as a World Heritage Site, it's famous for its hot springs, Roman baths and medieval heritage. A walking tour will show you the Royal Crescent, Pulteney Bridge over the River Avon, Bath Abbey and the architecturally striking Circus. You will also visit the famous Roman Baths and Pump Rooms, built by legionnaires under Emperor Claudius.

Travel this morning to Stratford-upon-Avon, the home of England’s greatest playwright, William Shakespeare. Visit Shakespeare’s Birthplace his burial site at Holy Trinity Church before continuing through the Welsh countryside toward Caernarfon.

This morning you'll learn some useful vocabulary with a Welsh Language lesson, before visiting the imposing Caernarfon Castle to learn about medieval siege warfare. Then descend into the history of Welsh slate quarrying at Llechwedd Slate Caverns where the deep mine tour takes you deep underground (and back in time) via a steep cable railway and uses exciting special effects to bring the miners' stories to life. Tonight put your new Welsh language skills into practice as you visit the homes of local families in small groups for an authentic Welsh dinner and cultural exchange.

Then depart from Holyhead and cross the Irish Sea by ferry, arriving in Dublin. This former Viking settlement along the River Liffey has been home to many famous writers and a rock band or two. Upon arrival you may opt to experience Irish culture through a unique Gaelic Games experience. Meet a coach at a local sporting club and try traditional sports such as Gaelic football, handball and hurling.

Today starts with a guided panoramic sightseeing tour. Discover statue-filled O'Connell Street, Phoenix Park and Ha'penny Bridge before visiting inside St. Patrick's Cathedral. You’ll cap off your exceptional week with some time to shop for souvenirs along the River Liffey and a final dinner. 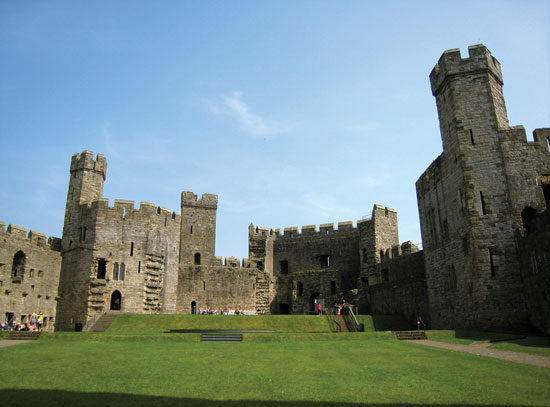 I have never seen an ACIS Tour Manager who wasn't completely dedicated to making certain every traveler has the best experience. I cannot wait for our next adventure!” Colleen S  Group Leader