Highlights of Japan Get Started
Depart 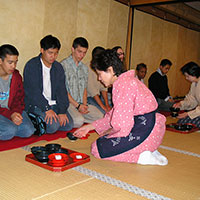 Japan's history is steeped in tea: A ceremony highlights the varieties, flavors and preparation traditions.

Japan's history is steeped in tea: A ceremony highlights the varieties, flavors and preparation traditions.

Arrive in Tokyo, the bustling capital of Japan as well as its largest city. Meet your ACIS Tour Manager and begin to explore this dazzling and energetic city, which offers an intriguing blend of the ancient and modern worlds.

Kick-start the day with a guided sightseeing tour, beginning at the Meiji Shrine, which honors the deified spirits of Emperor Meiji and his wife, Empress Shoken. You will continue on to view the resplendent Imperial Palace Plaza; the culturally significant Asakusa Kannon Temple; Nakamise Street, a visual feast of densely packed shops and eateries; and the Tokyo SkyTree Tower, one of the world's highest towers at 2,080 feet tall.

Depart Tokyo for the Mount Fuji area. You'll get a closer look at the still-active volcano—the highest point in Japan at 12,389 feet and one of the country's three revered “holy mountains”—when you visit Mount Fuji's breathtaking Kawaguchiko 5th Station, the base point from which most hikers start their ascent to the summit. Enjoy a scenic Lake Ashi boat cruise followed by a round-trip ride on the nearby Hakone Komagatake Ropeway, an aerial tram that offers spectacular views as it takes you to the summit of imposing Mount Komagatake.

The morning starts with a journey to scenic Lake Hamana, the country's 10th-largest lake. Then it's on to the city of Toyota, where a Toyota Motor Company factory tour will give you a chance to see first-hand how some of the world's most popular cars are assembled. Arriving in Nagoya, you'll visit the centuries-old Atsuta Jingu Shrine, built in honor of the Shinto goddess Amaterasu and home of the Kusanagi-no-Tsurug, an ancient and legendary sword.

This morning you will drive to Kyoto. During your sightseeing tour, visit the breathtaking Kiyomizu-dera Temple, a mountainside structure that offers stunning views of the city before participating in a traditional Japanese tea ceremony, a fixture in the country's culture. Then visit the shimmering Kinkakuji (Golden Pavilion), a Zen Buddhist temple with two floors covered in gold leaf, and finally the Fushimi Inari Taisha Shrine, a Shinto temple famous for its more than 5,000 vibrant orange toriis, or symbolic gateways.

Today you'll travel to nearby Nara, once the imperial capital of Japan and home to some of the country's most culturally significant attractions. Begin your sightseeing tour with a visit to the magnificent Todaiji Temple, considered one of the world's largest wooden structures. Then explore serene Nara Park, noted for its free-roaming deer as well as some of the country's oldest Buddhist temples, before seeing Kasuga Shrine, famous for its hundreds of lovely lanterns donated by worshippers. Continue to Osaka in time for dinner.

Discover the highlights of Osaka today. Your first visit is to Osaka Castle, a historic attraction in a lush urban park that contrasts sharply with its skyscraper neighbors. Then explore the unique and lively CupNoodles Museum Osaka Ikeda, where you will learn more about this world famous food. Next stop is at the Kuromon Ichiba Market, a foodie's delight that offers an amazing and exotic array of Japanese culinary specialties and is one of the oldest and most well-known fresh food markets in the world. Continue your walking tour with time to browse for souvenirs in the Shinsaibashi district, a colorful shopping arcade. Tonight enjoy a farewell dinner along Dotonbori, a famous food street in Osaka known for its traditional Japanese pancakes, okonomiyaki. 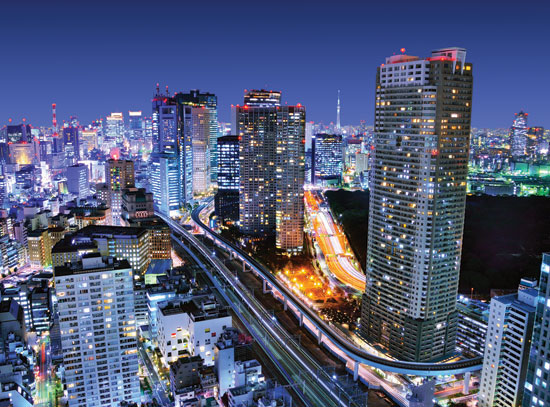 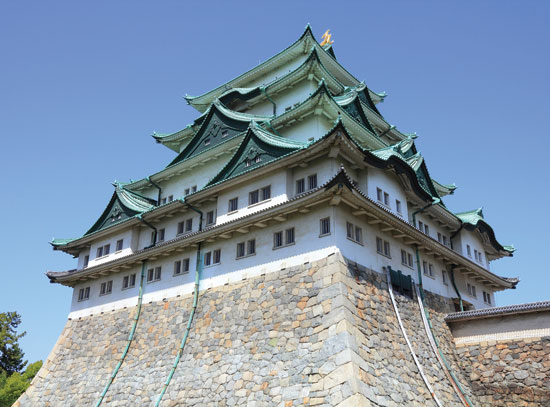 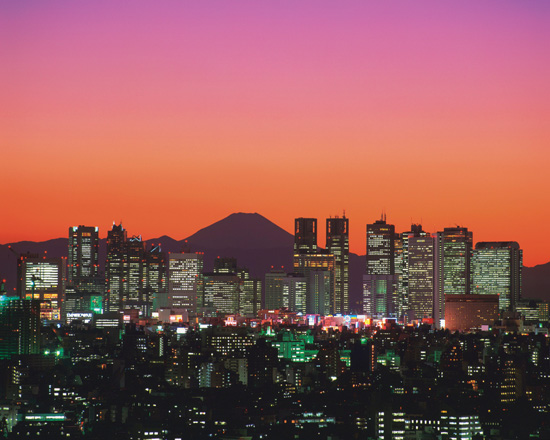 Hands-down, this trip was life changing. I've always wanted to travel to Japan, and I couldn't have thought of a better trip. I wish I could go back and relive it a thousand times over!” Emily M  Participant