Heroes of Greece Get Started
Depart 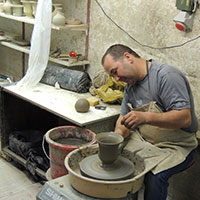 Explore any Greek museum or archaeological site and it's easy to see why durable pottery plays such a significant role for historians. During your ceramics workshop, step back in time as you learn about the ancient origins, styles and traditions of Greek ceramic art. Then get hands-on with the help of an expert artist as you pound, roll, shape and decorate your own ceramic piece in the style of the ancient Mycenaeans.

Explore any Greek museum or archaeological site and it's easy to see why durable pottery plays such a significant role for historians. During your ceramics workshop, step back in time as you learn about the ancient origins, styles and traditions of Greek ceramic art. Then get hands-on with the help of an expert artist as you pound, roll, shape and decorate your own ceramic piece in the style of the ancient Mycenaeans. 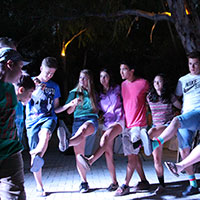 Arrive in Athens, meet your ACIS Tour Manager and begin to explore this enchanting, ancient city. Perhaps stop for a plate of honey-soaked, cinnamon-spiced loukoumades while you stroll through the winding streets of this cradle of civilization.

Greet the day with a guided sightseeing tour that reveals the glories of ancient Greece. Ascend to the top of the Acropolis and visit the iconic Parthenon. Then view the Agora, followed by a stroll through the Acropolis Museum, a modern architectural jewel. In the afternoon you may opt to visit a traditional taverna for a cooking lesson and delicious Greek lunch. Or discover more of the city at your leisure, perhaps taking in less-visited attractions like the ancient and modern coins of the Numismatic Museum or the National Gardens. Tonight perhaps venture out to stroll the Plaka as it comes alive in summer evenings.

Travel to Corinth for a photo stop at the jaw-dropping Corinth Canal that links the Gulf of Corinth and the Aegean Sea. Then it’s on to the town of Epidaurus, home to the great Theater of Epidaurus, which is one of the world’s best-preserved amphitheaters. Continue on to Mycenae, where you’ll marvel at historic sites such as the Lion Gate, Royal Tombs and the Acropolis. In Mycenae, embrace your inner Greek artisan at a ceramics workshop, where you’ll learn about and create your piece of pottery in the manner of the ancients. We will arrive in Olympia tonight for dinner.

We start the morning with a guided tour of Olympia, including a visit to the stadium that hosted the original Olympic games centuries ago. You’ll also visit the Archaeological Museum of Olympia’s world-class collection of Greek artifacts and artwork. Then journey to Delphi for dinner.

Today a local expert takes you on a guided tour of Delphi, where ancient Greeks asked for counsel from its fabled oracle. Visit the Temple of Apollo and the Delphi Archaeological Museum, featuring artifacts unearthed during local excavations. After, drive to the Kalambaka area, known for the spectacular Meteora rocks that rise nearly 2,000 feet above the town.

In the morning, you’ll ascend the Meteora rocks to visit the monasteries of Varlaam and Great Meteoron, perched atop these sandstone cliffs. In the afternoon, depart for Thermopylae, where the vastly outnumbered Greek army famously held off a much larger Persian force at the eponymously named battle in 480 B.C. After a photo stop at the famous Leonidas monument on the battlefield plains, you’ll continue on to Athens.

Today you’re free to enjoy Athens at your own pace, perhaps visiting the treasure-filled National Archaeological Museum or the interesting Byzantine Museum. Or you may choose to take an optional cruise on the Saronic Gulf, around the isles of Aegina, Poros and Hydra. Later celebrate your final evening in Greece with a Greek cultural evening in a traditional village setting. Taste freshly pressed olive oil, watch a tzatziki making demonstration, dine on authentic taverna cuisine and feast your eyes and ears on professional dancers moving to the traditional music. An expert also teaches you the steps of traditional Greek dances so that you can join in the fun!

Optional Extensions and Extra Nights:
Discover destinations of rich, classical heritage on a three-night Greek Island Cruise. Highlights include Mykonos, Patmos, Ephesus and more, plus an additional night in Athens. 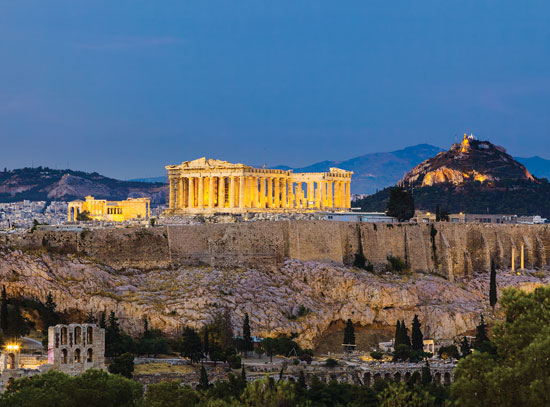 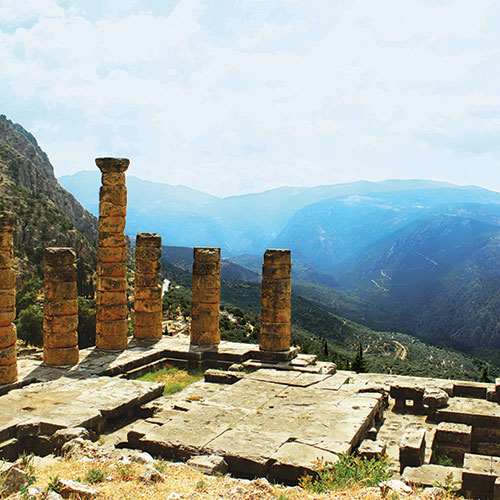 The Temple of Apollo 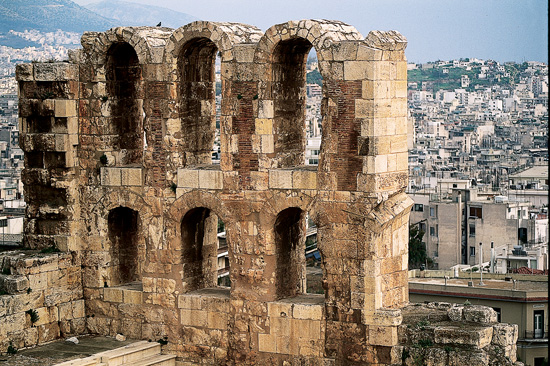 Our trip to Greece was excellent! The itinerary was well-chosen, and the tour manager, local guide and bus driver were superb.” Sherrilyn M  Group Leader