Discovering STEM in the Arctic Circle

Discovering STEM in the Arctic Circle Get Started
Depart

Grab the reins and conquer the outdoors with an adventurous dog sledding excursion through the breathtaking Arctic-desert terrain. Reindeer, foxes and migratory birds are frequently spotted along the way. An important part of the transportation culture in this part of the world, your guides will also teach you how they rig the sled and look after the dogs.

Grab the reins and conquer the outdoors with an adventurous dog sledding excursion through the breathtaking Arctic-desert terrain. Reindeer, foxes and migratory birds are frequently spotted along the way. An important part of the transportation culture in this part of the world, your guides will also teach you how they rig the sled and look after the dogs.

Natural landscapes combine with the thrill of adventure as you get your crampons on and hike on the Sólheimajökull Glacier. Explore its many crevasses, ridges and ice sculptures with a local guide who will also teach you about its formation. Students will enjoy the spectacular views as well as gain a first-hand perspective of the effects of global warming.

Natural landscapes combine with the thrill of adventure as you get your crampons on and hike on the Sólheimajökull Glacier. Explore its many crevasses, ridges and ice sculptures with a local guide who will also teach you about its formation. Students will enjoy the spectacular views as well as gain a first-hand perspective of the effects of global warming.

Norwegian Museum of Science and Technology

Norwegian Museum of Science and Technology

Velkomið to Iceland, the land of fire and ice! Upon arrival, meet your local guide and head to Viking World for breakfast and the chance to explore this five-exhibition museum that vividly brings to life the history of these fierce, sea-going marauders. Then set out on a guided sightseeing tour of Reykjanes Peninsula during which you'll view the Bridge between Continents, spanning a fissure between the Eurasian and North American tectonic plates; the Reykjanesviti lighthouse, Iceland's oldest such beacon; and the beautifully eerie Gunnuhver mud pools, a highly active geothermal area filled with steam vents and boiling mud. Then visit the technologically advanced Hellisheidi Power Station, the world's third-largest geothermal power plant. Afterward it's on to Hvolsvöllur, a charming small town nestled between mountains and the Atlantic Ocean.

Keep your camera handy this morning as you explore Iceland's amazing southern shore, home to amazing geological attractions. The sightseeing tour will include the stunning Seljalandsfoss and Skógarfoss waterfalls; the magnificent Dyrholaey door hole, a stone arch carved by the sea from a massive promontory of volcanic rock; and Vik village, renowned for its starkly beautiful black basalt-sand beach and the dramatic, sea-sculpted Reynisdrangar rock pillars nearby. Later, enjoy a guided hike of the Sólheimajökull glacier, riddled with other-worldly crevasses, ridges and ice sculptures. The next stop: the state-of-the-art Lava Centre. This interactive, high-tech educational exhibition vividly depicts how violent volcanic activity and seismic events shaped Iceland over the eons.

A full day of guided sightseeing awaits, starting with a tour of the Golden Circle, which features more of the country's unique geological and geothermal features. You'll start with a visit to the Friðheimar tomato greenhouse, where you'll taste succulent fresh tomatoes grown year-round using advanced geothermal technologies, followed by the chance to pet Icelandic horses in their stable as you learn about this unique equine breed. More awe-inspiring sights await at the Geysir Geothermal Area,, which is filled with numerous hot springs, fumeroles and geysers, including the world-famous, 30-meter-tall spouting Strokkur; and the Gullfoss (the Golden Waterfall), one of Europe's most impressive, featuring torrents of water that thunder with majestic fury into a deep canyon. Then switch gears to a culinary mindset as you travel to Laugarvatn to witness and taste something truly unique: bread baked underground, using geothermal heat. The day's activities end with a trip to Þingvellir, the site of both the world's oldest democratic parliament, established in 930, and the dividing fault line between two of the earth's immense tectonic plates. You'll arrive in Reykjavik this evening.

The morning begins with a trip to the renowned Blue Lagoon, named for its milky-blue color, the result of its roughly 100-degree water reacting with silicate minerals. The lagoon is home to a famous spa which you'll enjoy on your visit. Then you'll say kveðjum to Iceland as you board a flight to Oslo, the capital of Norway.

The day's activities start with guided sightseeing tour of Oslo, viewing beautiful Frogner Park, a 111-acre wonder that's home to gorgeous landscapes as well as 212 bronze and granite statues created by sculptor Gustav Vigeland; the Oslo Opera House; the scenic and historic Bygdøy Peninsula; and a visit to the Viking Ship Museum, which features some of the world's best-preserved Viking ships and artifacts. In the afternoon, you'll browse through the Norwegian Museum of Science and Technology, which offers a fascinating look at this country's scientific and industrial history.

This morning you'll depart for Longyearbyen, located in Norway's rugged Svalbard archipelago, one of the world's northern-most inhabited areas (where polar bears outnumber people) and home to the "midnight sun" in summer—sunshine 24/7. Enjoy a guided sightseeing tour of this unique town, including a visit to the Svalbard Museum. This evening get a taste of the Arctic wilderness with a visit to Camp Barentz, where you'll enjoy dinner by a roaring fire and gaze at the shimmering Northern Lights if you've timed your visit right.

Today you'll meet your team of huskies, grab the reins and conquer the outdoors with an adventurous dog sledding excursion through the breathtaking Arctic-desert terrain. Mush! Reindeer, foxes and migratory birds are frequently spotted along the way. Don't worry—wheels replace runners on the sleds in the summertime, so you can experience this thrill year-round.

The day begins with a boat cruise along a dramatic fjord where we'll pass the Esmark Glacier on our way to Barentsburg, a coal-mining town also known as “Little Russia.” Your guide will show you how this enclave has earned this nickname due to its austere architecture, Lenin statue, Soviet-era propaganda and small Russian Orthodox church. Its 350 or so residents are Russians and Ukrainians that all live in a one-block communal apartment complex and eat meals together in a local hotel. Your last night in the Arctic affords you a final chance to appreciate how its citizens have forged a meaningful existence in such extreme climes. 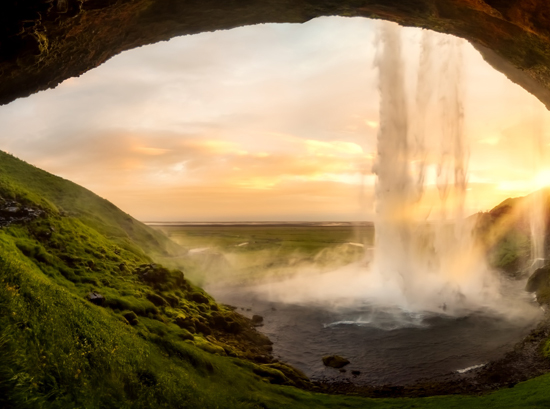 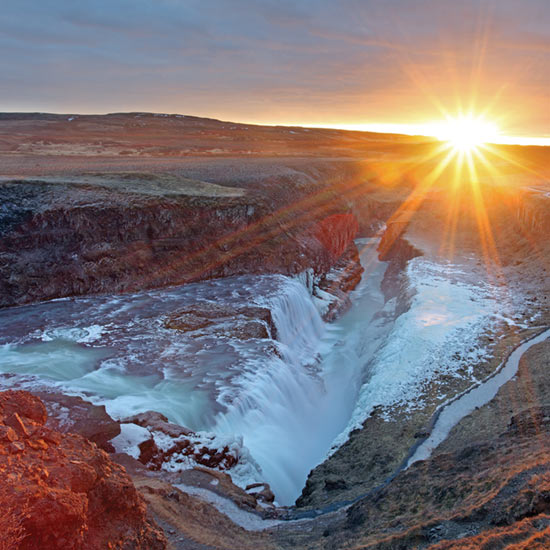 Gullfoss waterfall at sunset in Iceland during winter 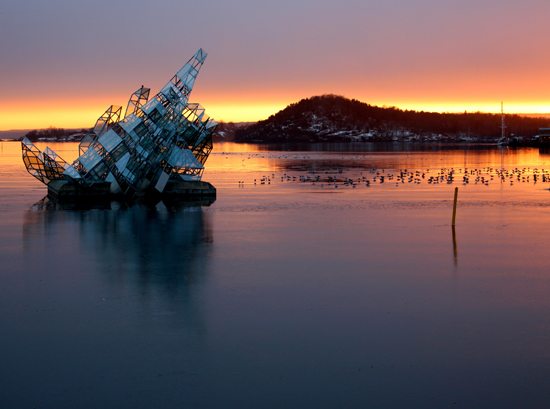 Having traveled with several educational tour companies, I can attest that ACIS rises to the top. They excel in customer service and provide the most in-depth educational experiences for students.” Gail G  Group Leader

Due to the unique nature of this destination, please contact us for a custom price quote for this trip.